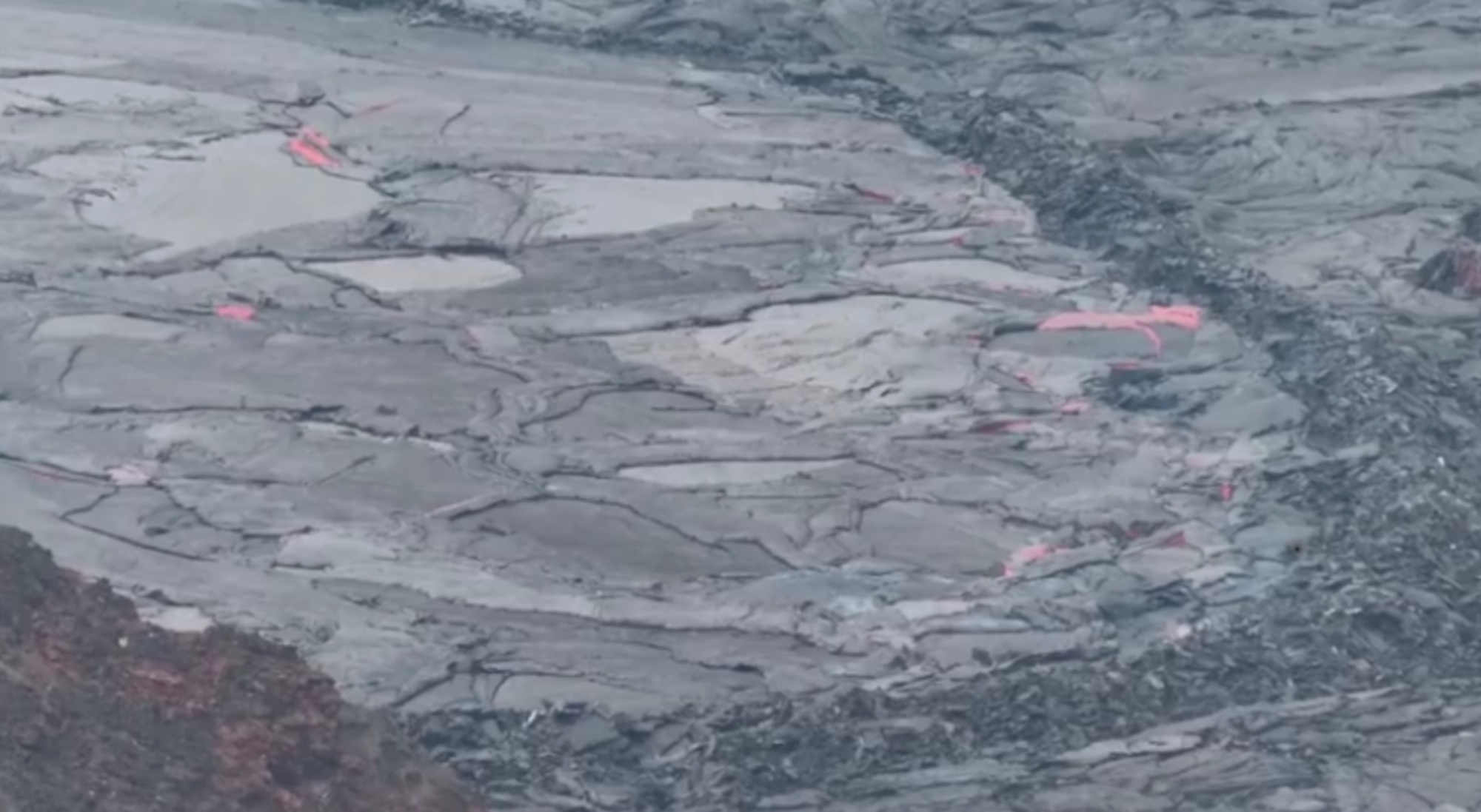 Activity on the Kilauea summit's lava lake in Hawaii on April 16, 2021. (@USGSVolcanoes/Real Press)

KILAUEA, Hawaii — The US Geological Survey (USGS) Hawaiian Volcano Observatory has released incredible footage of the Kilauea volcano on the island of Hawaii erupting.

Kilauea is an active shield volcano. Such volcanoes are basalt, a type of lava that is extremely fluid when erupted. Videos of the volcano activity, which happened last week, were recorded by M. Patrick and released April 22.

Geologists from the observatory visited the east rim of Halema’uma’u Crater at the summit of the Kilauea volcano on April 16.

Their goal was to observe the lava lake created there. The lake was 741 feet deep and remained stagnant over its eastern half.

A video taken during the visit documents different lake activity in the western portion of the crater, showing dense smoke and small blazes covering the spewed lava. Some parts of the stone turned crimson, due to the intense heat.

Another video shows the lava lake from the western volcano vent. The edges of the pouring lava have an orange neon hue.

The latest video from the observatory on April 17 shows spattering from a small vent above the still-active lava lake. Small amounts of lava are thrown in the air as smoke continues to fill up the space.

The Hawaiian Volcano Observatory will continue to closely monitor Kilauea’s seismic activity, deformation and gas emissions, as well as maintain visual surveillance of the summit.