Playtime with Slinky tunnels and drones have made the three pets an Instagram hit. 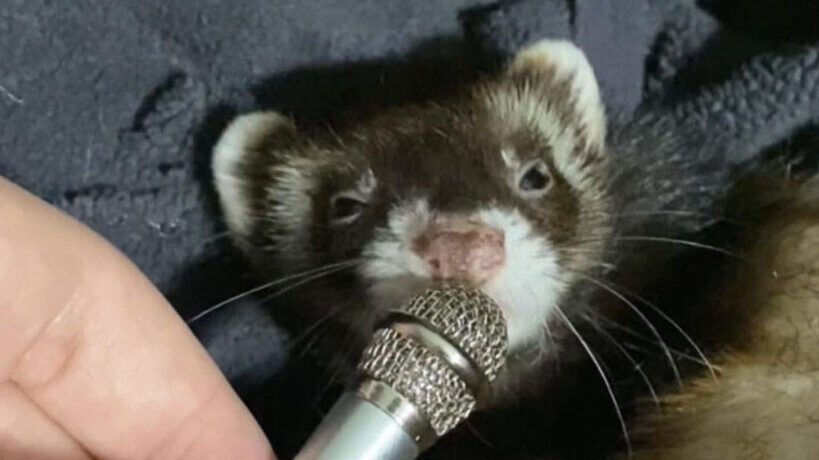 Calvin records the breathing of one of his pet ferrets. (@ferretdaddy_/Real Press)

While the white-tailed deer is the official state animal of Michigan, the antics of a trio of pet ferrets in the state have been getting a lot of attention lately.

The ferrets’ owner entertains them with games such as chasing a drone hovering just above their heads and running through a coiled tube.

Ferrets, domesticated polecats, are members of the weasel family.

Ferret owner Calvin, known as Ferret Daddy on Instagram, accompanied the footage with the message: “Something to keep them busy!”

Calvin, who works for a financial institution in Michigan, said his three ferrets are between 2 and 3 years old. Their names are Hex, Nala and Nagini.

“When I’m home, they are allowed out of their cage to be with me,” Calvin said.

“When I am out or working, they have a large cage, so I can make sure they are safe,” he said.

In the first video, Calvin teases the three ferrets with a small drone flying in the living room.

The second video shows the pet owner placing a small microphone next to his sleeping ferrets to capture the cute snoring sounds they make.

In the third, Calvin is seen dragging a long tube along the floor as his pets give chase.