Families have reunited in tears and hugs at Hobart International Airport with the arrival of the first flight from New Zealand. 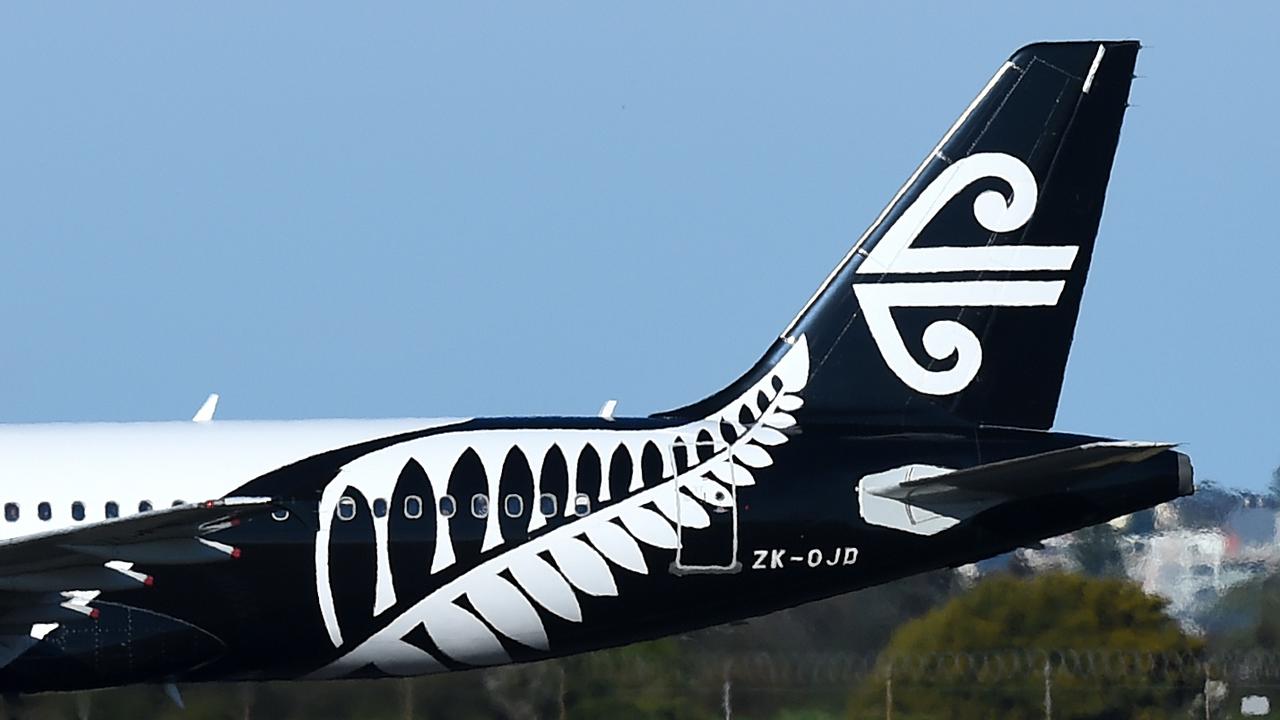 The flight from Auckland to Hobart was Tasmania's first direct international service in 23 years. (AAP Image)

HOBART, Australia — When New Zealander Sam traveled to Tasmania last year to meet his Tasmanian partner’s family for the first time, he didn’t expect to stay for long.

“He went over in March last year, what turned out to be the weekend before lockdown,” Claire, his mother, said.

“I dropped him off at the bus stop, and we had a discussion in the car along the lines of ‘Oh, you know this Covid, it’ll blow over.”

Not only did he get stuck, New Zealander Sam and his Tasmanian partner Laura got to work.

“There was a bit of a problem with his partner getting this over this way because of Tasmania closing their border,” she said. 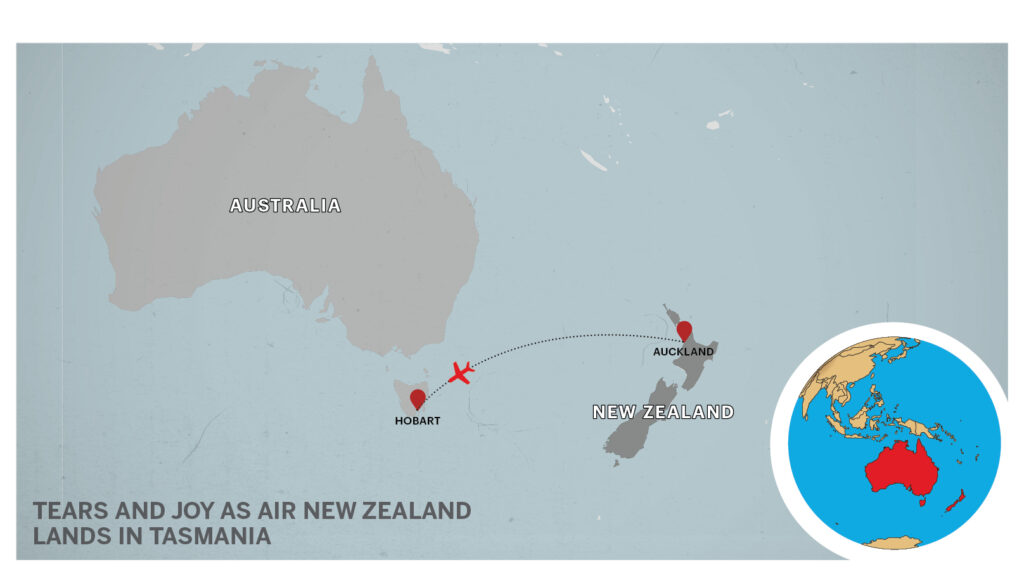 “He decided to stay, got a job, and they’ve made a baby! So I’m meeting the baby for the first time. I’m full of emotion. It’s been very up and down. I’m really stoked.”

Claire, who declined to give her last name, and her family are just one of the many heartwarming reunion stories to come out of the opening of the trans-Tasman bubble this week.

New Zealand Prime Minister Jacinda Ardern described scenes at airports around her country on April 19 — the first day of the bubble — as something out of the film Love Actually.

Onboard were Tasmanians in exile, eager to head home, Kiwis out to explore a new destination and plenty of others.

One Aucklander was heading to Hobart for a stag do, meeting up with his Kiwi mates who now live in Sydney.

He made a last-minute decision to head to Tasmania because of the new direct flights.

For Tiffany Hutton, the trans-Tasman bubble arrived just in the nick of time for her uncle’s funeral this week, south of Auckland.

“That was a big deal for our family,” she said. “His daughter who lives in Sydney was able to come with her husband and kids.”

“It was a lovely ceremony. There was a rainbow as we were lowering the coffin.”

Hutton, of Cygnet, describes herself jokingly as a “mainlander blow-in with Kiwi family” and is grateful for the route.

“All my family in New Zealand are excited that Hobart will be open to a direct flight. They’re all ‘yeah, we’re going to come down and visit,'” she said.