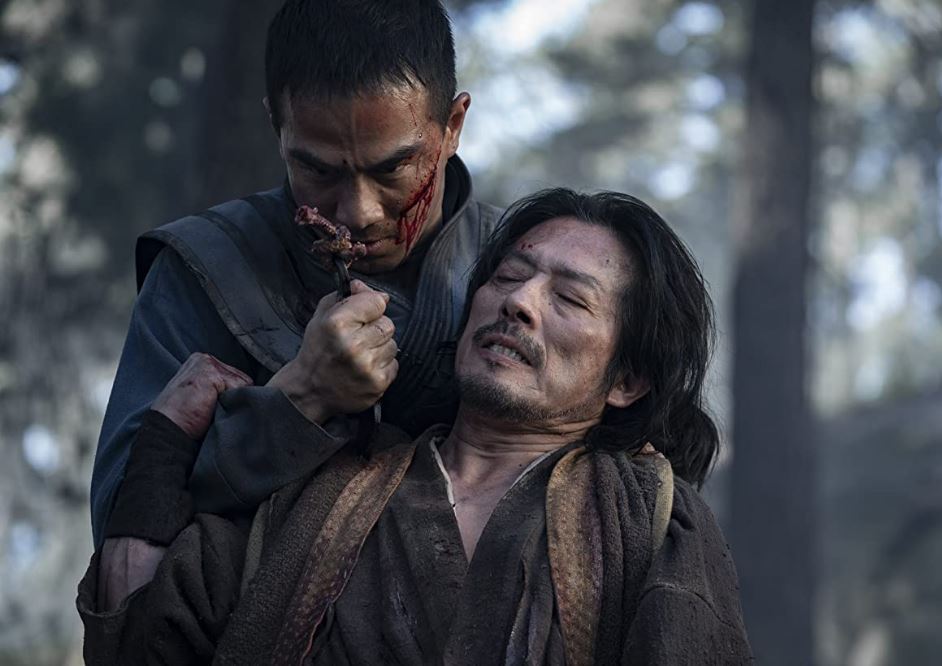 It has been 24 years since the last “Mortal Kombat” movie was released in theaters. If you’ve been waiting to see your favorite characters back on the big screen, then you may be waiting a bit longer, because this third film in the franchise’s history is a “Mortal Kombat” movie in name only.

Movies based on video games have a long history of unsuccessful adaptations and the “Mortal Kombat” franchise is no exception. In 1995, New Line Cinema released the first “Mortal Kombat” film. At the time, the video game franchise was a mega-hit with arcade audiences along with massive sales of the then-popular video game systems, Sega Genesis and Super Nintendo. The ’90s-era “Mortal Kombat” became the highest-grossing adaptation of a video game and was a solid hit with fans.

The wheels of this gravy train fell off with the 1997 sequel, “Mortal Kombat: Annihilation,” a film so bad due to a rushed deadline, terrible special effects and abysmal writing that the franchise’s popularity nosedived and took decades to recover.

As arcades disappeared, video game sales tanked and fan interest in another film died, a potential third film spent over 20 years in development hell. Even after a highly popular fan-made short called “Mortal Kombat: Rebirth” (2010) revived audience interest in a major “Mortal Kombat” production, it still took over a decade before the dream was realized and a new film hit theaters and streaming services on HBO Max.

The Story: The latest “Mortal Kombat” begins with the origin story of two of the franchise’s most popular characters, Sub Zero and Scorpion. Lin Kuei assassins, led by Sub Zero (Joe Taslim) attack the village of Scorpion (Hiroyuki Sanada), killing his wife and son. Hanzo himself kills all the attackers before he is killed by Sub Zero and his soul is sent to the Netherrealm.

Fast-forward to the present, and Earthrealm is under attack by Outworld and the fates of the realms are at stake. Outworld sorcerer Shang Tsung sends his most deadly warriors to hunt and kill all Earthrealm champions — identified by a distinctive dragon mark — before the next tournament begins. A small group of Earth’s mightiest heroes, including series newcomer Cole Young, is sent to save the world from the Outworld’s biggest threat.

Bright Spots: When compared to “Mortal Kombat” films of the past, 2021’s “Mortal Kombat” by far has the best special effects. Computer-generated visual effects simply were not available in the mid-1990s to make films into the thrill rides they are today. The effects give a little more edge to the hand-to-hand combat, despite the fact that the stunt choreography is less polished as a result. The film is clearly a step up from the disastrous “Mortal Kombat: Annihilation” that nearly killed the franchise, but that is a low bar.

Weak Spots: 2021’s “Mortal Kombat” doesn’t feel like a film that was made for old-school fans of the franchise. Director Simon McQuoid tried to take a realistic approach to the source material and ended up making an inauthentic film that is too serious. Baffling casting choices, such as the decision to omit one of the franchise’s most popular characters, Johnny Cage, and replacing him with the new character Cole Young for political reasons, highlights what makes this feel like a “Mortal Kombat” film in name only.

The latest “Mortal Kombat” was made to grab the cash of international audiences rather than its homegrown U.S. base. Not only are the first 15 minutes of the film subtitled, but Warner Bros. made the financial decision to release the movie internationally two weeks before its domestic debut. Such a move against a fanbase that has waited nearly three decades for a payoff is simply inexcusable.

Beyond that, the film’s pacing is horrendous as it tries to tell four separate stories simultaneously, botching all of them in the process. Kano (Josh Lawson) and Sonya Blade (Jessica McNamee) are simply written bullet points and are robbed of depth due to sharing limited screen time with too many characters. When it’s time to shoehorn in the game’s famous catchphrases, the execution leads to audience groans rather than cheers.

The lack of emotional attachment to these characters is a complete reversal of how audiences connected to the 1995 film, which will likely hold up better than its 2021 counterpart. Those looking for the back-breaking and physics-defying fatalities that the franchise is known for are better off playing the old Playstation games to get their fix.

The Takeaway: Warner Bros. had 24 years to correct the mistakes of “Mortal Kombat: Annihilation,” which cinematically killed the franchise for a generation. 2021’s “Mortal Kombat” is barely a better film on the sole basis of its access to effects and stunts that did not exist in 1997. Otherwise, “Mortal Kombat” is not going to reignite the flames of the lapsed fan that has been waiting for this moment since childhood.

See or Skip: After 26 years there is only one film titled “Mortal Kombat” that still leaves a pleasant taste in the mouth of its fandom, and it isn’t the 2021 version.