Leaders In Australia Are Set To Agree On Vaccination Revamp 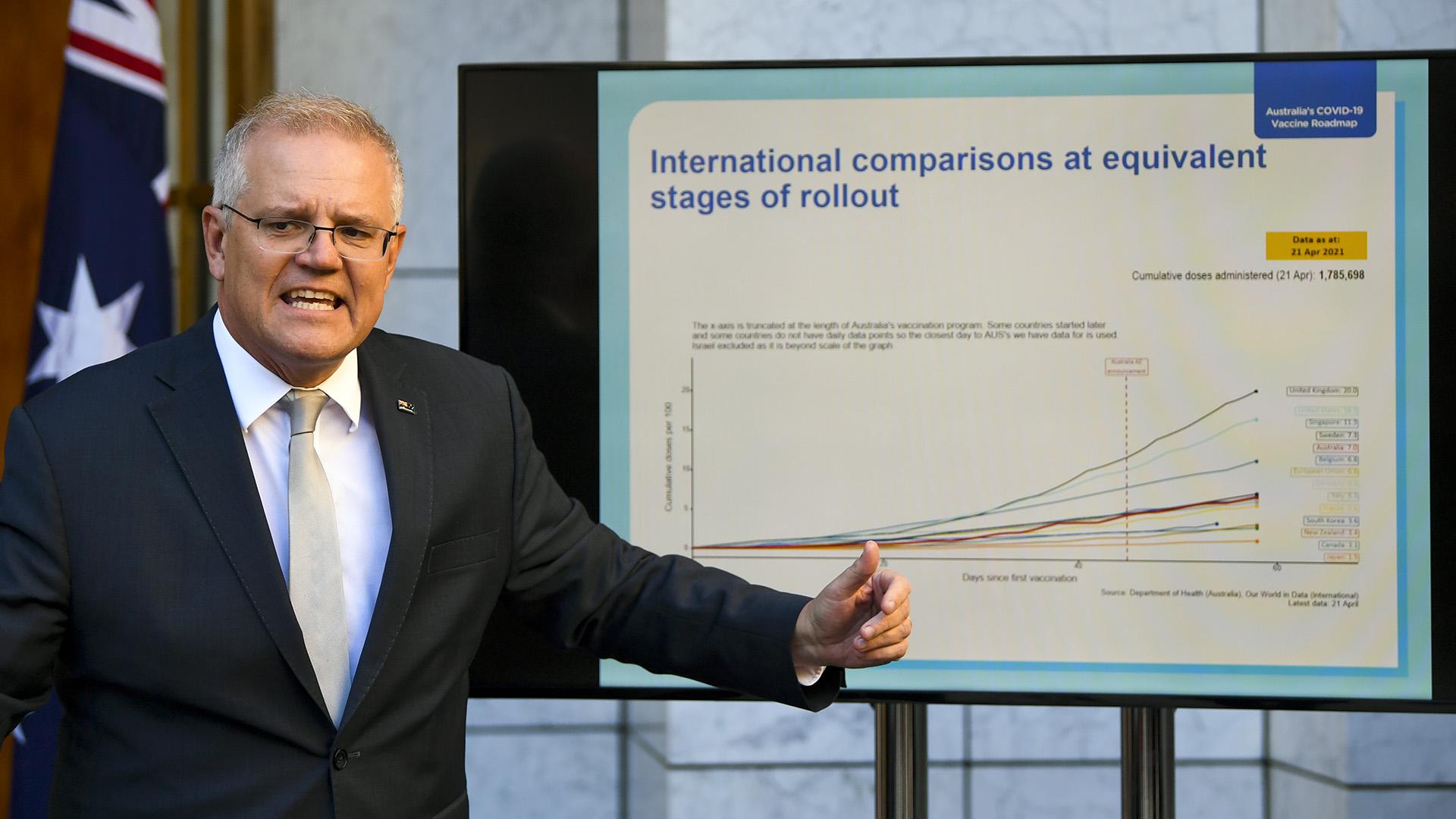 CANBERRA, Australia — A plan to bring forward Covid-19 jabs for Australians aged 50 and over, and proposals for state and territory mass vaccination sites are expected to be unveiled on April 22.

Australian Prime Minister Scott Morrison will meet with the premiers and chief ministers for the federal cabinet, which reached an in-principle agreement on changes to the vaccine rollout at the April 26 meeting.

While General Physicians will continue to be the primary delivery point for vaccinations for people aged 50 and older, states and territories are considering options to supplement the rollout through expanded state vaccination centers.

As the program topped 1.7 million jabs on April 21, there has been broad concern about the speed of the rollout and vaccine supply shortages.

An inquiry heard this week only 6.5 percent of disability care facility residents had received their jab, despite them being included in the priority group of the vaccine rollout.

Chandi Piefke, from disability service provider Able Australia, accepted it was a massive task for governments, but the low figures were concerning.

“We need to ensure our clients do receive the vaccine,” she said, “Should they contract Covid-19, they would be one of the groups highest at risk in terms of mortality rates.”

Victoria, the southeastern state, has moved to boost the initial phase with several extensive facilities, including Geelong’s former Ford factory, providing AstraZeneca shots for anyone over 70 with or without bookings as part of phase 1a and 1b of the national rollout.

Queensland, the northeastern state, says it won’t shift to mass vaccination centers until bulk supplies can be guaranteed, which it does not expect until the final three months of the year.

Trade Minister Dan Tehan is in Europe for talks on fast-tracking supplies of vaccines ordered by Australia but yet to be delivered.

The hold-up on deliveries and public concern about AstraZeneca vaccine links to blood clots have been blamed for the slowness of the rollout.

The AstraZeneca vaccine, being imported and made by CSL Limited in Melbourne, is being diverted to use in the over-50s group, while Pfizer will be used in the younger cohort.

While the federal government has commissioned a business case for a cutting-edge mRNA vaccine manufacturing facility in Australia, Victoria announced on April 21 it would spend AUD 50 million ($38.74 million) to get such a project up and running.

“Twelve months ago would have been the best time to have done this, but the next best time is right now,” James Merlino, acting premier, said.

These included the improved distribution of the vaccine to general practitioners, adjustments to the Medicare system, better explaining of the vaccine benefits to the whole community, and a more significant role for the states and territories in administering the Pfizer vaccine.

“We know the government has faced supply constraints, but it is important that the reset sees more of the available supply of vaccine going to general practice so that general practitioners can deal with the increased demand that will come from those aged 50 and over,” Omar Khorshid, president, Australian Medical Association’s said.