If you think fooling all the people all the time is tough, try pleasing them. 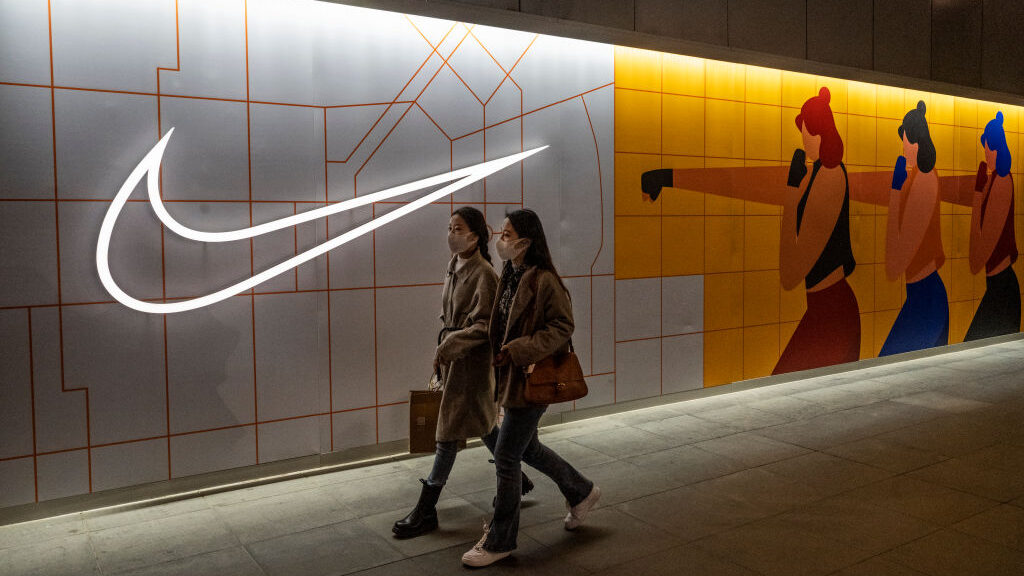 Nike was one of the companies the bipartisan Congressional-Executive Commission on China said had ties to forced labor in the Chinese region of Xinjiang. (Kevin Frayer/Getty Images)

How do you win when marketing in the face of contentious political issues?

It may not be possible.

To understand the strangeness, and often void, of corporate political marketing, look at Nike and Coca-Cola. These are companies that say Purpose Moves Us and People Matter — and both have made politically correct “social responsibility” part of their brand marketing. Yet they have also reportedly been lobbying against a bill that would ban importation into the U.S. of products made in China with forced labor.

Notably, both the companies were listed in a 2020 report by the Congressional-Executive Commission on China; the bipartisan group of lawmakers said these companies and others had ties to forced labor in the Chinese region of Xinjiang.

In response to inquiries from Zenger News, Nike sent a link to a long statement that talked about its efforts to “assess potential forced labor risks related to employment of Uyghurs, or other ethnic minorites” in China.

However, it never addressed the report of lobbying about the bill.

Coca-Cola’s PR group sent an automated acknowledgement but did not further respond to questions about its lobbying over the forced labor restrictions.

It’s a tough spot for companies that present themselves as caring. Navigating politically and socially charged themes in marketing can be tricky and thorny.

During this year’s Super Bowl, for the first time since Anheuser-Bush devoted all its Super Bowl ads to introduce Bud Light in 1983, its Budweiser brand stayed on the sidelines.“[W]e must prioritize humanity and purpose,” read a company statement. The money that would have gone to the ad—about $5.5 million for a 30-second spot—went instead to the Ad Council and public awareness about Covid-19 vaccinations.

Bud had company in seeming to forego advertising opportunities during the game. Coca-Cola and Pepsi also skipped promoting their name brands. Why look like you’re frivolous with money when so many are out of work without extra cash for a six-pack?

Yet Anheuser-Bush still ran spots for Bud Light, Bud Light Seltzer Lemonade, Michelob ULTRA, and Michelob ULTRA Organic Seltzer. Pepsi, meanwhile, sponsored the game’s half-time show. In the end, Metrics firm MediaRadar told Zenger about a quarter of Super Bowl ads were for the broadcaster, CBS, and its services, which was historically typical, meaning ad sales for the game were about normal.

The Super Bowl was an example of the tightrope marketers currently walk. Politics has always been tricky to address. Now it seems unavoidable. Making things even trickier for marketers may be understanding the difference between politics and “politics.”

In 2019, one poll showed that 62 percent of adults surveyed either “somewhat” or “strongly” agreed with the idea that brands shouldn’t make statements about their politics in their ads. Nevertheless, there is pressure to be on the acceptable side of any issue.

“Small businesses will most likely decide not to engage,” said Jen Dalton, CEO and founder of Brand Mirror, a consulting firm based in Tysons Corner, Virginia. “But more and more, citizens and employees expect companies to say something.”

The pressure is like the gravitational pull for bigger companies, Dalton said. As for the something expected, it can vary wildly, depending on who’s asking.

The work of cognitive scientist George Lakoff and others opens a door here.

People have mental frameworks based on values. Messages with the right values can be accepted. Those with the wrong ones get kicked out. Forget showing the wrong values. Failure to show the right ones can leave a company high and dry. With customers on different sides of an issue, marketers can get cognitive dissonance.

Who do you try to please?

Over the last few years, corporations have even gotten snagged when high-profile people linked to a company have weighed in on political topics.

“In 2017, one of the family members of LL Bean praised Trump and set up a problem for LL Bean,” said Kathleen Day, a business journalist and lecturer at Johns Hopkins Carey Business School. LL Bean released a public letter, saying it was an individual, not a corporate view, she said. “The letter they sent to the public was really smart.”

On the other hand, Howard Schultz at Starbucks in 2015 “really meant well,” according to Day, when he instituted the program to write on their cups “Race Together.”

Many customers blew a gasket.

“It backfired because people [just] wanted a cup of coffee,” Day said.

Then there are the open maws of political parties, always hungry to be fed, and leaving many businesses feeling that they have to cooperate.

“Most people will perceive if you’re silent and you do nothing, that could mean you’re perceived as you’re out of touch or trying to play it safe, but in many situations, you should at least say something,” Dalton said.

Finding a way for a company to pull this off without pulling the rug out from underneath itself requires finesse.

“It really depends on brand identity,” said Kris Conesa, director of media strategy at marketing agency Roar Media. “I’m thinking of Patagonia. They have been champions of donating to causes that protect the environment.”

Patagonia took an active stance against the Trump administration on environmental and land management policies. “But that was consistent with their brand,” Conesa said. “It was transparent with how they did it in the past.”

In short, no one should have been surprised.

The more open a company is about its positions and beliefs, and the more transparent those beliefs are, the greater a chance of avoiding trouble among customers. Conversely, the more quiet, the louder the response when things come out in the open.

For example, the Publix grocery store chain took heat over reports that Julie Jenkins Francelli—daughter of the company’s founder and an heiress to the family fortune, and a large donor to Trump and conservative candidates—donated $300,000 to stage the Jan. 6 rally, which ultimately turned into a march for some of the attendees that then spawned the attack on the Capitol building.

The grocery chain issued a statement that said Fancelli was neither involved with company operations nor representative of the company.

Sometimes the only way to engage with the public is a two-word phrase: We’re sorry.

Yet turning off comments is a sign that the expected public response won’t be good. You may not be able to please all the people all the time – but sometimes all you can do as a company is to pacify many, all at once, and just hope that things will blow over.