Rick Burr has been forced to defend workplace cultures inside defense ahead of a royal commission into veteran suicide.
By Daniel McCulloch April 23, 2021
Facebook
Twitter
Linkedin
Email 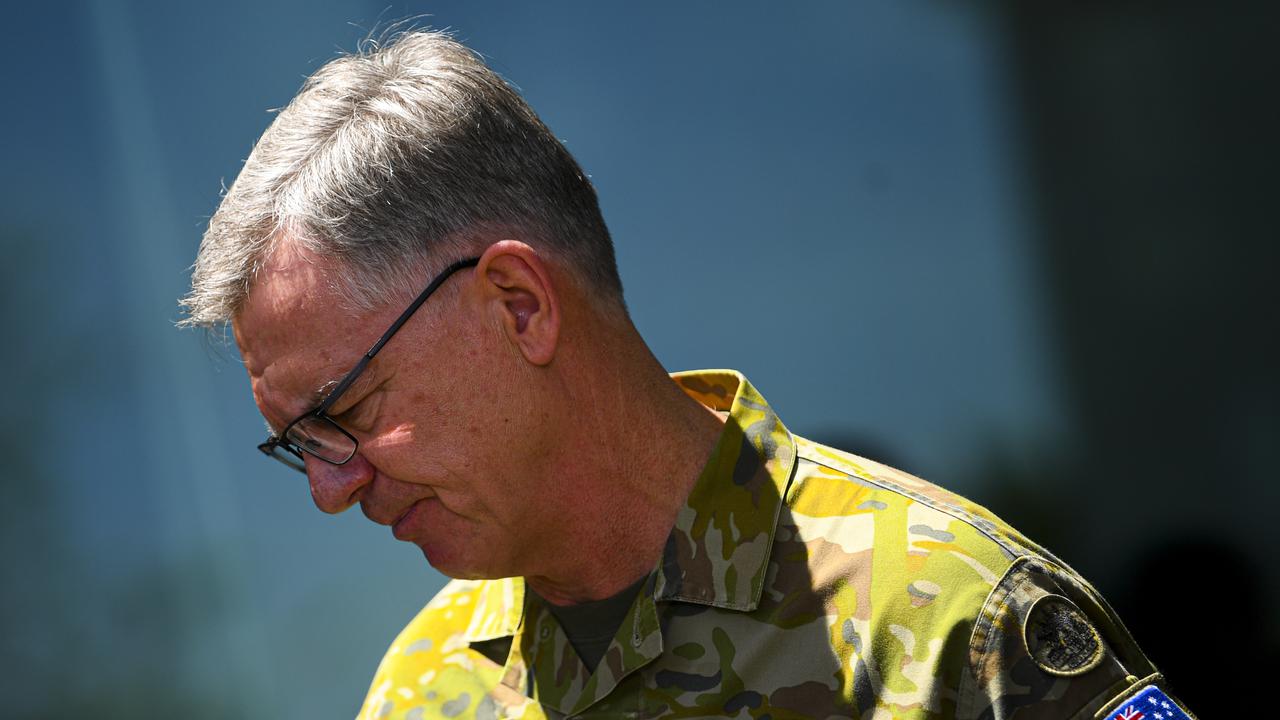 SYDNEY — Australia’s chief of the army has defended the workplace culture within defense ahead of a royal commission into veteran suicides.

Rick Burr said the country’s military leaders were determined to understand the causes of suicide better and help officers prepare for life beyond their service in uniform.

“To retain that purpose, that connection, to find meaning beyond our service,” Burr said.

“This royal commission will be beneficial to all of us, to all Australians, to better understand those causes and effects.

“I ask everyone to cooperate so we can better understand this complex issue fully.”

Lieutenant General Burr fended off questions about the culture in defense and potential failures of leadership.

“Leaders at every level are doing all they can every day to look after their people – it’s a responsibility that we all take extremely seriously,” he said. “We all want to make the best environment for our people to thrive, to strengthen their own individual and organizational resilience so that we can cope with the rigors of military service.”

The army chief acknowledged the Afghanistan war had taken an immense toll on Australian soldiers.

The last remaining Australian troops will withdraw from Afghanistan later this year, bringing the country’s longest war to an end.

Lt Gen Burr described the conflict as a long and complex mission in a demanding and difficult environment.

There were 41 Australians killed during the conflict, while many more were physically and mentally injured.

More than 450 Australian Defense Force personnel have died by suicide in the past 20 years.

“This Anzac Day is a special opportunity where we can recognize the service of all those that have served in Afghanistan in particular,” Lt Gen Burr said. “They should all be very proud of what they did individually to try and make a difference on the ground.”

He encouraged special forces troops who served in Afghanistan to wear their meritorious unit citations on Anzac Day.

Chief of Defense Angus Campbell initially decided to cancel the group awards in response to the Brereton inquiry, which uncovered evidence of war crimes committed by Australian troops in Afghanistan.

But Defense Minister Peter Dutton overturned his decision this week in an attempt to boost morale in the military.

The Department of Defense released a video showcasing army veterans reflecting on their service.

“Our people should very much proudly wear their citations, their honors and awards that they achieved in their service, wherever that service was conducted, and Anzac Day is the time to do that,” Lt Gen Burr said.