A new, hand-sized monkey has been discovered. Two different species of the same primate are separated by the Napo River. 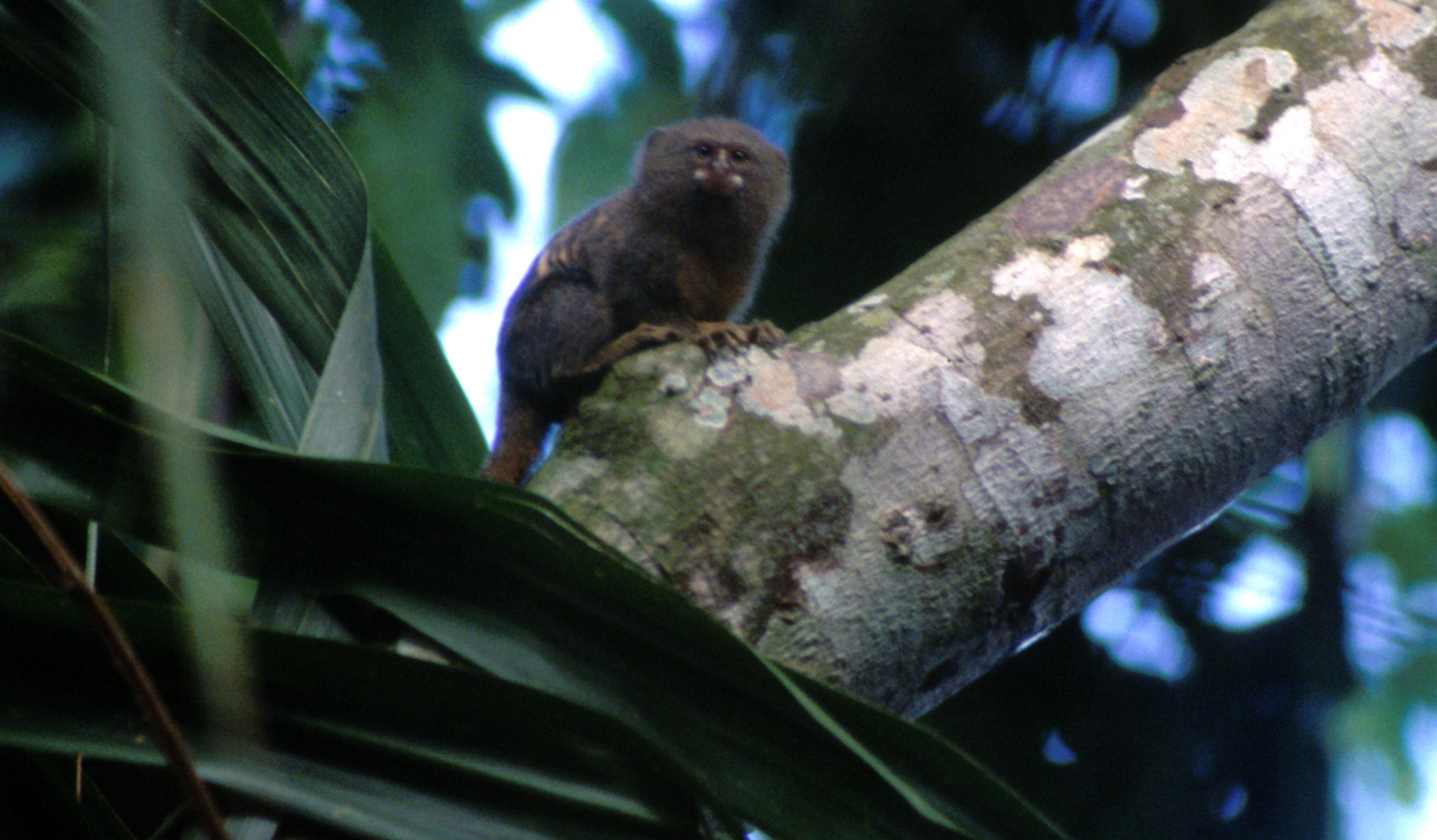 A new species of pygmy marmoset, considered the smallest monkey in the world, has been found living in the Ecuadorian Amazon.

Until now, scientists believed there was only one pygmy marmoset species living in Ecuador, called Cebuella pygmaea, described for the first time in 1823 by European naturalist Johann Baptist Von Spix after it was caught in the Brazilian Amazon.

Since then, all populations of pygmy marmosets found in Brazil, Bolivia, Colombia, Peru and Ecuador were believed to belong to the same species.

However, in 2018, thanks to genetic analysis, a group of scientists confirmed there was a second species living in Brazil.

“It was not believed to be in Ecuador, but we found out that the new species, called Cebuella niveiventris, was in Ecuador thanks to genetic analysis,” Stella de la Torre, professor and researcher of the Association of Biological Sciences and Environment at the University San Francisco de Quito in Ecuador, said.

She noted the two different species of the same small primate are separated by the Napo River, a main a tributary to the Amazon River.

The professor, who has been studying these primates since 2015, confirmed the existence of both species in Ecuador, thanks to the cooperation of Northern Illinois University, the University of Michigan and research by the Research Institute of the Peruvian Amazon (IIAP).

Scientists examined mitochondrial DNA from feces samples from the pygmy marmosets obtained in different parts of the country. They also analyzed tissue samples from the monkeys in Ecuadorian and Peruvian museums.

She said Cebuella pygmaea lives to the north of Napo River, while Cebuella niveiventris inhabits areas to the south.

Pygmy marmosets are considered the smallest monkey in the world. “They are commonly between 12 and 16 centimeters [5 and 6 inches] long without considering the tail, and they weigh between 100 and 140 grams [5 ounces],” de la Torre said. “Females tend to give birth to twins.”

The scientist said the weight of their infants is high, comparing it to a human woman giving birth to a 20-pound baby instead of normal 8-pound baby.

“They cannot take care of their offspring alone, and the father needs to help out as they live in family groups consisting of both parents and infants of different ages,” she said. “Fathers take care of the infants, carry them and teach them all the skills they need to get food.”

“The geographical distribution of these species is not regular, and it is difficult to know exactly where they all are,” de la Torre said

The pygmy marmosets have a specific diet of mostly forest plants and fruits, so their main threat is deforestation, which destroys their food supplies.

A second threat is climate change, which de la Torre believes will affect them in the near future. “They could change their habitats and the vegetation, insects and ecosystem would change as a result,” he said.

The marmosets are also threatened by wildlife trafficking, as they are often caught and sold as pets, as well as pandemics. Some diseases affect the local populations.

She would like to see the species protected. “There is a lot to do, first as a country and then on an individual level, creating reforestation projects, etc., which is something lacking in our country.”

“It is important to say no to the illegal trafficking of these monkeys or any wildlife, and I do believe educating first with a good example is the most important part,” de la Torre said.