Supreme Court notice to government on a petition that wants women to train at the National Defence Academy.
By Priyanka Chandani April 23, 2021
Facebook
Twitter
Linkedin
Email 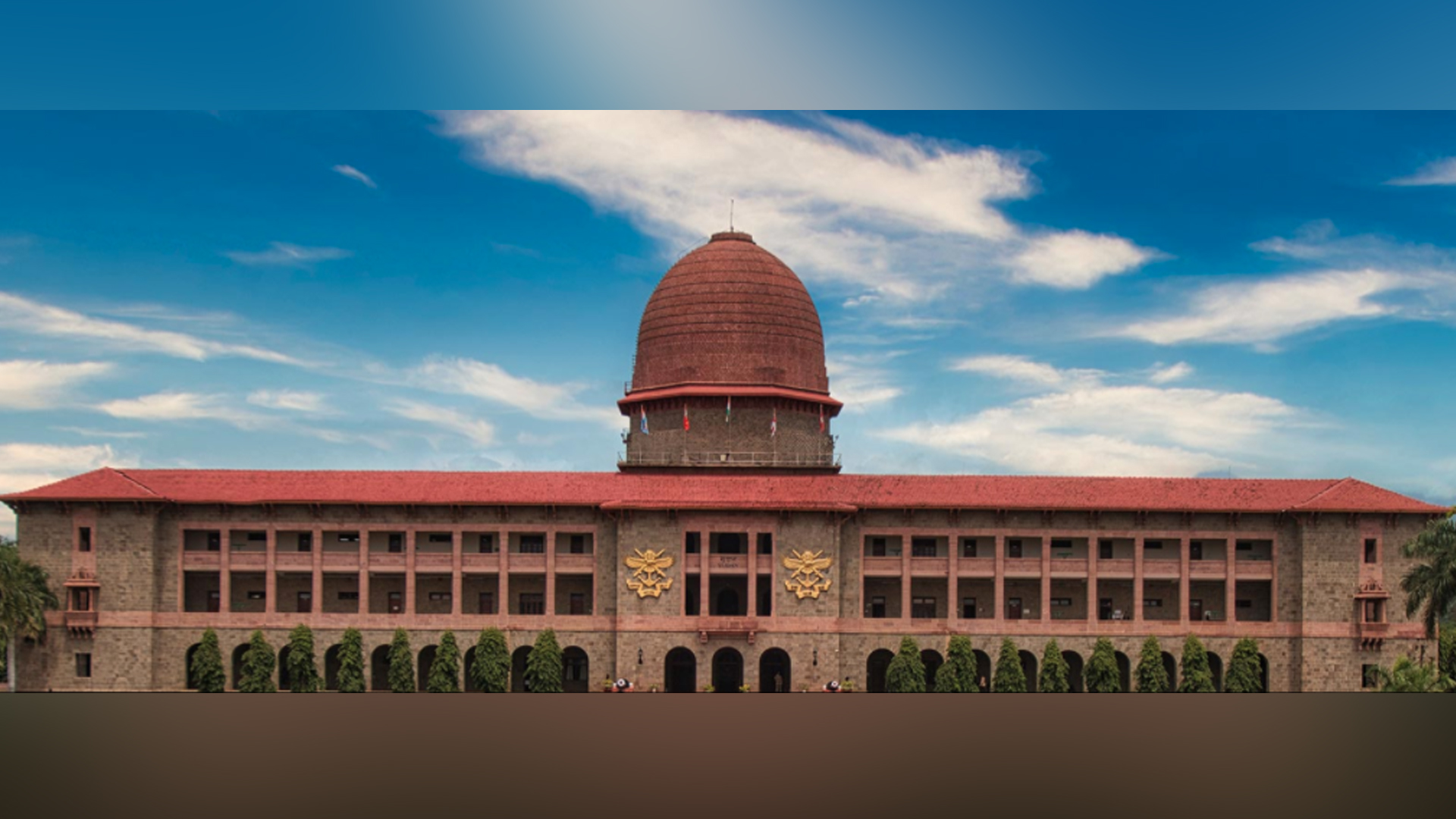 MUMBAI, India — After the end of the 1962 Sino-Indian war, when neighborhood men started coming back in coffins, Padmavathy Bandopadhyay pledged to join India’s armed forces and serve her nation.

But she didn’t know then that apart from the obvious language barrier (she came from Tirupati in southern Indian state Andhra Pradesh where people did not commonly speak English and Hindi), she would face another hurdle.

Despite her capabilities, she couldn’t join the National Defence Academy, the joint defense service training institute of the Indian Armed Forces established in 1954, for being a woman.

Military Nursing Services was one of the few options open to women on one condition — ‘they can’t get married, and, if they do, they have to leave the force’, according to Bandopadhyay. She finally joined the Armed Forces Medical College in Pune. 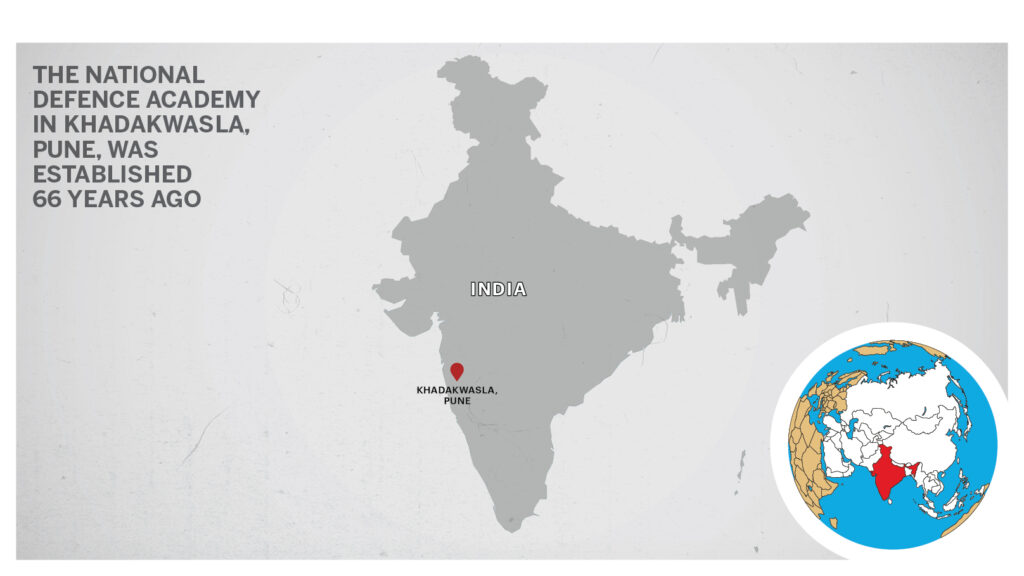 “I [still] joined the Indian Air Force in 1968, but I used to think what if National Defence Academy was an option,” retired Lady Air Marshal Bandopadhyay, now 76-year-old, told Zenger News.

“I would have saved so many years and given that to the service of the nation.”

Bandopadhyay is the second woman in the Indian armed forces to be promoted to a three-star rank and to be conferred with several armed forces awards. She is the first lady Air Marshal of the Indian Air Force who is an aviation medicine specialist.

Retired Indian Army Lieutenant Colonel Rishita Acharya believes being in National Defence Academy would have given her a “different” exposure.

“I was a short service commission officer,” Acharya told Zenger News. “Because I could serve only for 14 years, I took early retirement and pursued a corporate career instead.”

Only in February 2020, the Supreme Court of India ordered that women in short service commission be eligible for permanent commission.

Acharya, who trained at Officers Training Academy, says she always had two concerns — why women weren’t allowed permanent commission and why wasn’t she allowed to train at the National Defence Academy.

“We all [men and women] train the same way but not in similar institutions. There is a difference. At least the pride men hold for coming from National Defence Academy is bigger. Why can’t women take that pride when they are serving the same forces,” Acharya said.

The Indian Army began inducting women for short service commission in 1992. But the corridors of the National Defence Academy are still restricted.

The U.S. permitted women to be admitted to all service academies in 1976. In the U.S., women represent 16 percent of the enlisted forces and 19 percent of the officer corps with equal training parameters. In 2016, the U.S. lifted Pentagon’s ban on allowing women in frontline combat roles.

In the U.K., women make up 15.9 percent of the armed forces. In 2015, it was announced that British women would be permitted to begin training for all roles. In 2016, a ban on women serving in close combat roles was also lifted.

The petition questions the exclusion of female candidates from entering the National Defence Academy “solely on the basis of their sex is a denial of fundamental right to practice any profession, and it is not justifiable within the contours of the Indian Constitution”.

In response to the petition, a three-judge bench headed by Chief Justice of India S.A. Bobde issued a notice to the defense ministry and the two defense training academies. Hearing this discourse was Anita from Delhi, who wishes to join the Indian Army after school but fears she might not be able to due to the discriminatory rule.

After The Indian Armed Forces opened the doors for women to serve as permanent commissioned officers, after the Supreme Court of India’s order, demands allowing women to join combat roles rose.

Though the Navy opened for women officers in 1992 and Air Force did the same in 1991, many combat roles, especially in the Indian Army, have been reserved for male officers. Now, women soldiers are being trained. They will be the first women to be inducted in the Indian Army’s rank and file.

“Most countries that have women officers in armed forces didn’t start along the line of equality. They started on the line of workforce shortage,” retired Indian Army Colonel Amardeep Singh told Zenger News.

“India, on the other hand, began inducting women in forces on the lines of gender equality,” Vice Admiral Pradeep Chauhan told Zenger News.

“Women should compete on merit and not as a special case. The military is not just another job. It requires physical, mental, and psychological hardships,” Singh said. But “when women join armed forces, they start demanding special privileges.”

“Why can’t women join as soldiers and why only officers,” he questioned.

Bandopadhyay, too, believes women need to prove themselves.

“Women join armed forces for the ‘home’ postings. As soon as ‘outdoor’ posting comes, they start coming up with excuses,” she said. “I have served for 40 years, and this has been the case and is still the case.”

“It’s not about man and woman but who is ready for the duty. The demand of allowing women in the National Defence Academy is right, but not based on gender. When you wear the uniform, you are an officer, not a woman or man,” Bandopadhyay said.

There is a general opinion that training at National Defence Academy is extremely tough, and women can’t survive for a day.

But Chauhan denies the view. “Any average man or woman would not survive National Defence Academy training because you need a certain type of individual, whether that’s man or woman doesn’t matter,” Chauhan told Zenger News.

“All should be put into the same regime, and whoever clears should be inducted.”

Women were not allowed in any national defense training institution, including Sainik Schools, Indian Military Academy, and Rashtriya Indian Military College. However, the defense ministry has asked five Sainik Schools to start admitting girls from Class VI from the 2020-2021 academic session.

“This will help build a structure for women, and then there will be no challenge to have women in National Defence Academy. This will break the dam of resistance,” Chauhan said.