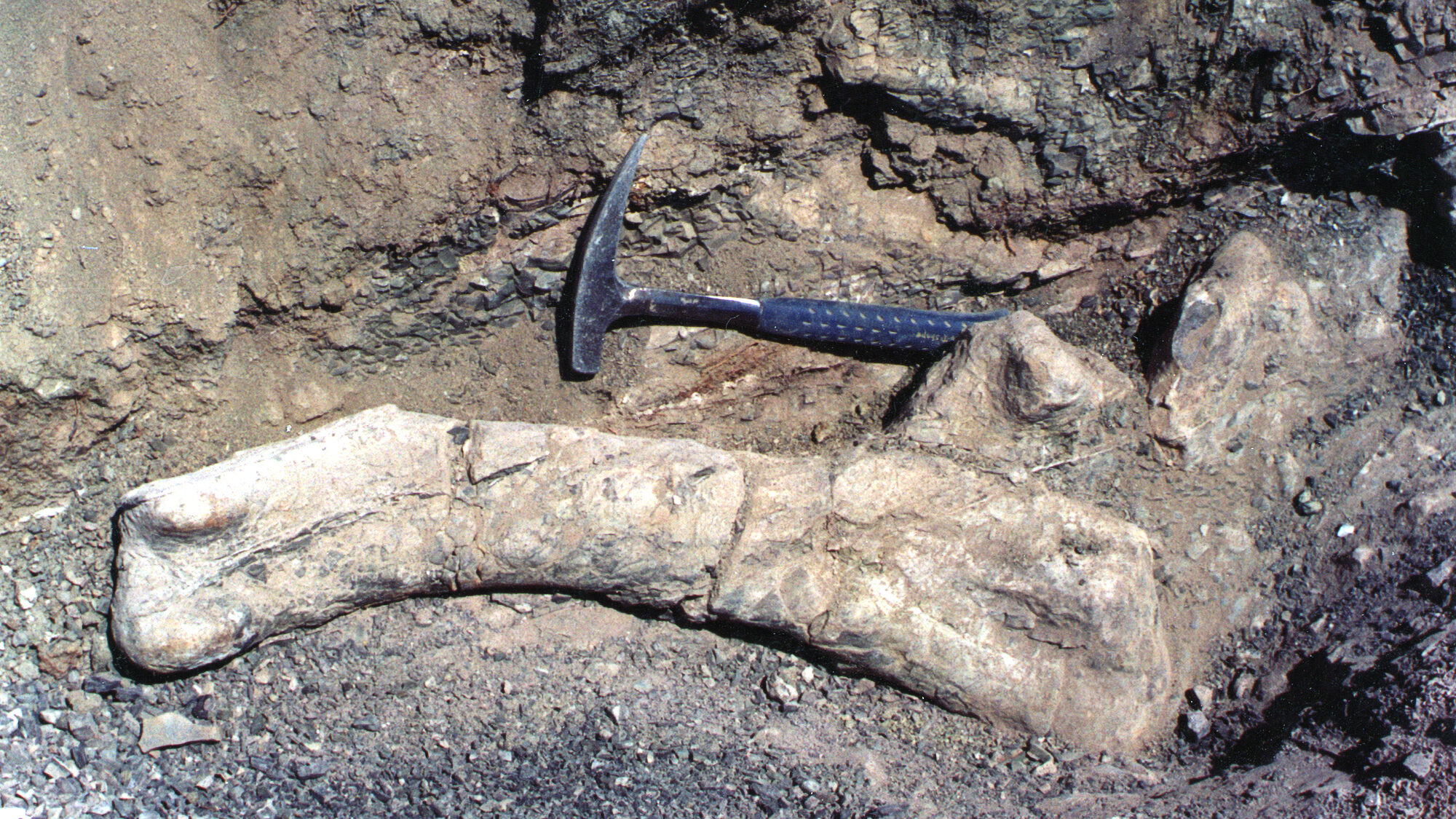 Paleontologists in Chile have identified a new species of giant dinosaurs, notable for having a long neck and an enormous tail. The species Arackar licanantay, which means Atacameño bones in the Kunza language, lived some 66 million years ago.

The remains of the plant-eating dinosaur were found about 47 miles (75 kilometers) from Copiapo in the northern Chilean region of Atacama by a team led by Chilean geologist Carlos Arévalo in the 1990s. The research on the discovery was published in March of this year.

The analysis was conducted by experts from the University of Chile’s Paleontology Department, Chile’s National Museum of Natural History, and the Dinosaur Laboratory at the National University of Cuyo in Argentina.

“The dinosaur would have been around 6 meters long (about 20 feet) and lived more than 66 million years ago,” said Consuelo Valdes, Chile’s minister of culture.

Arackar licanantay lived in what is currently the Atacama desert during the end of Cretaceous period, which was the last period of the Mesozoic Era. It inhabited areas during a very wet period of history, when average global temperatures were about 5 degrees higher than today.

“It is the third dinosaur named from Chile and the third titanosaur from the western side of the Andes in South America,” the researchers wrote.

Titanosaurs were herbivores, with four legs, a small head and a long tail and neck, which could reach around 26 feet (8 meters) in length. The specimen examined by the experts was 20.6 feet long, leading the paleontologists to believe it may have been a young animal. The remains included a femur, humerus, ischium and vertebral elements of the neck and back.

Another noteworthy characteristic of Arackar licanantay is the disposition of its limbs, said Alexander Vargas, director of the Department of Paleontology at the University of Chile.

While titanosaurs’ legs were at an open-angle, “our dinosaur does not have that angle; it is straight in comparison to the femur of other titanosaurs.”

He said there are other, similar titanosaurs, but they are very rare, such as the Rapetosaurus found in Madagascar and the Atacamatitan from the Antofagasta region of Chile. The latter is considered the first Chilean dinosaur.

“It would be interesting to know why these two Chilean titanosaurs are like this,” he said. “It could be due to a kind of relationship between them or a biogeographical particularity.”

Titanosaurs are regarded as the largest dinosaurs to have roamed the planet.

One of the biggest specimens discovered so far is the Argentinosaurus, which lived in Patagonia between 97 million and 93.5 million years ago. It is estimated to have been about 108 feet (33 meters) long and weighing 73 tons — 10 times more than the T-Rex.

Bernardo Gonzalez Riga, a researcher at the National Scientific and Technical Research Council and one of the authors of the recent research report on the new species, also discovered one of these giant dinosaurs, Notocolossus, in the Argentinian province of Mendoza.

“The continent was left isolated for the most part of the Cretaceous, between 100 million and 66 million years ago and 55 of the 80 species known in the world are from South America,” he said. “Before the extinction of the dinosaurs 66 million years ago, a decrease in the average body size of the titanosaurs has been recorded in line with environmental changes.”

The remains of the new dinosaur are at the National Museum of Natural History in Santiago, where visitors will be admitted after COVID-19 restrictions are lifted.

David Rubilar, head of the Paleontology Department of the National Museum of Natural History, said in a press statement that titanosaurs are more common in Argentina and Brazil than in Chile, making Arackar licanantay “a very valuable discovery.”