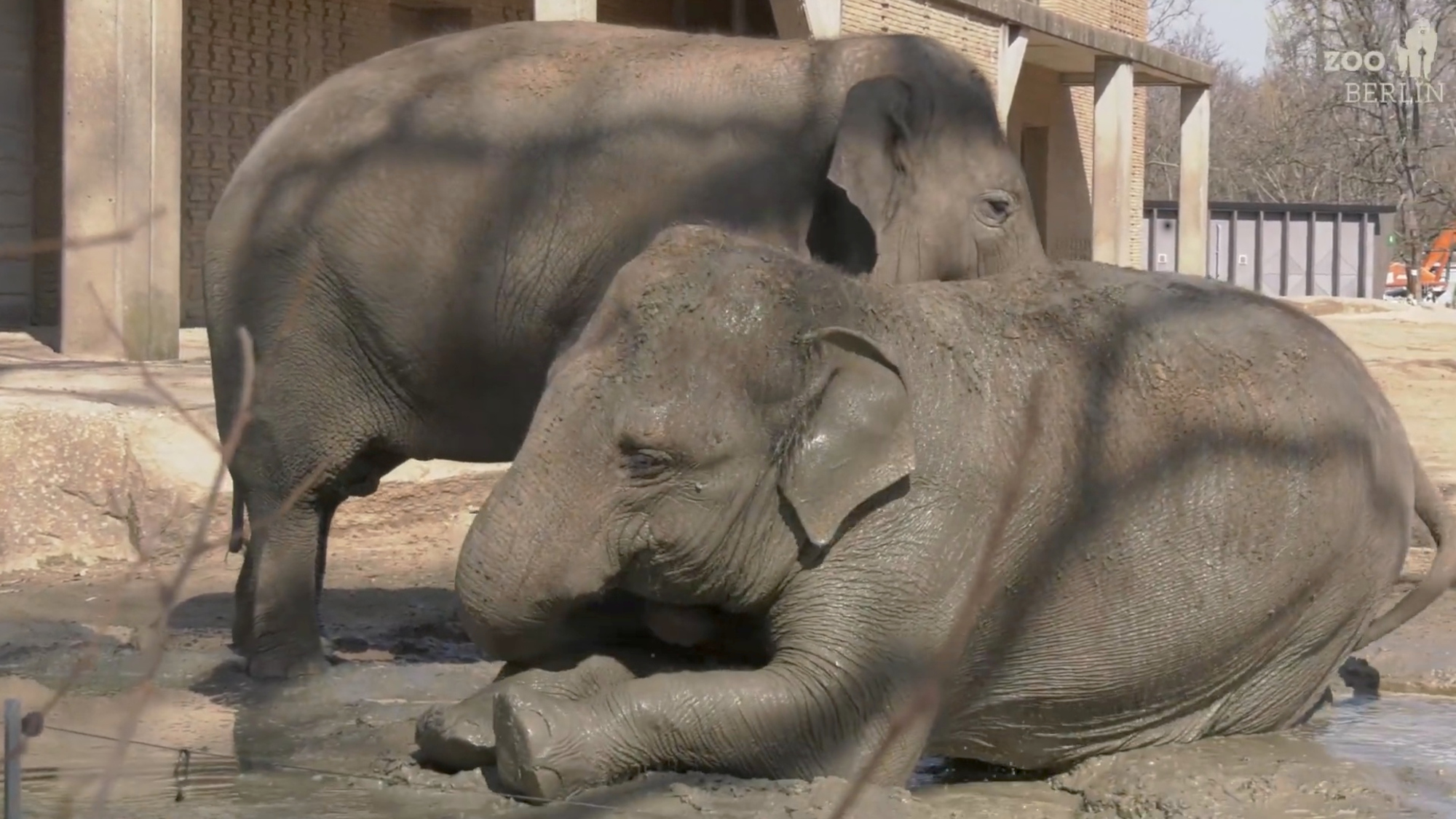 Female elephants in a German zoo give themselves a beauty treatment by rolling around in the mud, which is great for their skin.

The sight was captured on video in the Tierpark Berlin zoo in the German capital.

The elephants happily roll around in the mud and splash it on themselves with their trunks. Afterwards, they take a quick dip in their pool. Once clean, they complete their regime with a roll in the sand.

“Our elephant ladies know how to have a good time,” Tierpark stated in its message with the video. “Here you can see the wellness program in three steps: mud pack, bathing and sand peeling!”

“The three elephant cows are called Anchali, Phang Pha and Carla. All three are Asian elephants. They are big fans of water and enjoy a relaxing bath regularly,” said Katharina Sperling, a communications staffer at Zoo Berlin.

The Asian elephant is the largest land mammal in Asia, weighting approximately 5.5 tons and standing nearly 10 feet high — yet it’s smaller than its African relative. They live in tropical rainforests, savannahs and bushland.

The animals feed a lot and sleep little; they spend about 17 to 19 hours eating. They devour 330 pounds of plant food on a daily basis, which consists of grass, leaves, twigs and tree bark. They can drink up to 39 gallons of water.

As social herd animals, elephants live together in large matriarchal units, consisting of mothers, aunts and daughters. The most experienced cow is the leader of the group. Bulls join the herd only during the mating season.

Male offspring leave the herd when they reach 8 to 10 years old; only the cows remain together for a lifetime.