Over 100 years after his death, controversies around Baron von Richthofen live on. 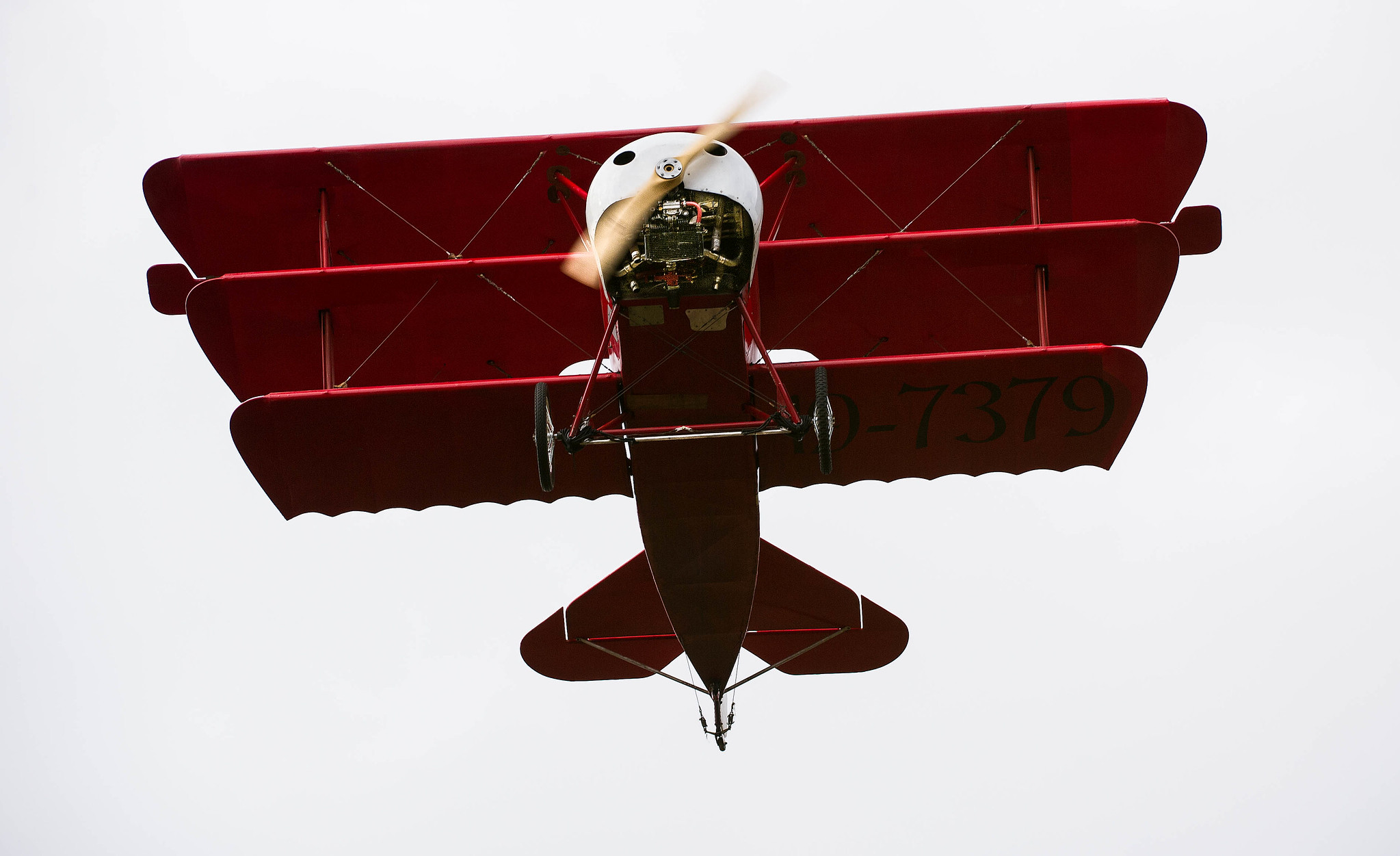 German fighter pilot Baron von Richthofen, known as the “Red Baron,” notched 80 air combat victories before his death at age 25, making him a feared and celebrated hero, even among his enemies. (Barry kiepe/Flickr)

German fighter pilot Baron von Richthofen — the “Red Baron” — was trying to save his cousin during a dogfight with Allied pilots when he crashed and died on April 21, 1918, just months before the First World War ended. The exact circumstances of his death are still debated, more than 100 years later.

In about two years, the 25-year-old had notched 80 air combat victories, making him a feared and celebrated hero, even among his enemies. He led a fighter wing that came to be known as “The Flying Circus.”

So, when he saw Canadian pilot Lieutenant Wilfrid “Wop” May targeting his cousin, he swiveled in and fired.

In the next few moments, Richthofen’s aircraft – painted red – went into a steep spiral, crash-landing near the village of Vaux-sur-Somme in France, where Australian soldiers were stationed.

There are two accounts about what might have happened.

First: While chasing May at a very low altitude, Richthofen was intercepted by Canadian flight commander and Captain Arthur “Roy” Brown, whose shot punctured Richthofen’s heart and lungs.

Second: Richthofen came under attack from Australian machine gunners on the ground as he was pursuing the enemy fighter at a very low altitude.

Though the British Royal Air Force credited Brown with shooting down the best air fighter of the era, historians and ballistic experts now say the Australians most likely downed his plane.

“He [Fowler] recalls delivering a message to a gunner who opened fire on Richthofen’s plane and claims to have seen the bullets pierce the cockpit. Running to the wreckage, Fowler saw bullet wounds in Richthofen’s chest, and was convinced he had been killed by the gunners.

“Despite this, the attending surgeons at Richthofen’s autopsy were of the opinion that the angle and nature of the bullet wounds ruled out the possibility that he had been shot from the ground, and that the injuries were due to the efforts of Brown,” the memorial states.

The pieces were scattered. Brown kept the seat from Richthofen’s Fokker triplane and, in 1920, donated it to the Royal Canadian Military Institute, Toronto. The museum acquired the Fokker triplane wingtip in 1968 from the family of another WWI flying ace. The Rhone engine is on display at the Imperial War Museum, London. Some parts, including the aircraft’s control column and Richthofen’s left flying overboot, have found space in the Australian War Memorial, Canberra.

The boot, it is believed, originally belonged to a British pilot that Richthofen shot down.

“Kaput” — a German word for ruined or finished — was all the Australian troops understood when the dying German fighter uttered his last words.

The Red Baron’s death gave birth to mysteries and controversies — from whether he was affected by prior head trauma or unusual winds, to which Australian gunner made the fatal shot — which made him the subject of many books and films that continue to interest people.

Perhaps the most notable reference in popular culture came from Charles Schulz, who penned the “Peanuts” comic strips. The “Peanuts” character Snoopy often fantasized about getting into dogfights with Richthofen, and was almost always defeated.

Even the tales of Richthofen’s four burials still live. The Allied forces organized a full military funeral and a celebration in honor of the fallen hero. He was first buried at the village Bertangles, near Amiens, the day after he died. After the war, the French reinterred him in a military cemetery.

But the Germans wanted their hero to come home and the third burial took place in Berlin. But since this site was near the Soviet border and heavy firing during World War II riddled the tombstone with bullets, his family gave him his final resting place in Wiesbaden.

“Red Baron was a cavalryman first and then switched to the air force,” India’s retired Wing Commander Praful Bakshi, who heard of the Red Baron the day he joined the Indian Air Force, told Zenger News.

“He was as brilliant in the field as he was in the sky. Almost every time he got involved in a dogfight, he managed to take down the plane. It [dogfights] still exists in today’s warfare,” Bakshi said. “Baron was magnificent. Everyone present in the air force will have to adore him.”

“The circles which we made around one another were so narrow that their diameter was probably no more than 250 or 300 feet,” Richthofen wrote in “The Red Battle Flyer,” published in 1917.

“I had time to take a good look at my opponent. I looked down into his carriage and could see every movement of his head. If he had not had his cap on, I would have noticed what kind of a face he was making,” he wrote.

“My opponent fell, shot through the head, 150 feet behind our line. His machine gun was dug out of the ground, and it ornaments the entrance of my dwelling.”

Sharing another story with readers, Richthofen wrote: “One of the Englishmen whom we had shot down and whom we had made a prisoner was talking with us.”

“Of course he enquired after the Red Aeroplane. In the squadron to which he belonged there was a rumor that the Red Machine was occupied by a girl. He was intensely surprised when I assured him that the supposed girl was standing in front of him. He did not intend to make a joke. He was actually convinced that only a girl could sit in the extravagantly painted machine.”