The “eyecam” can look, blink and move its eyebrows. It's meant to open our eyes to the technology all around us.
By Joe Golder April 22, 2021
Facebook
Twitter
Linkedin
Email 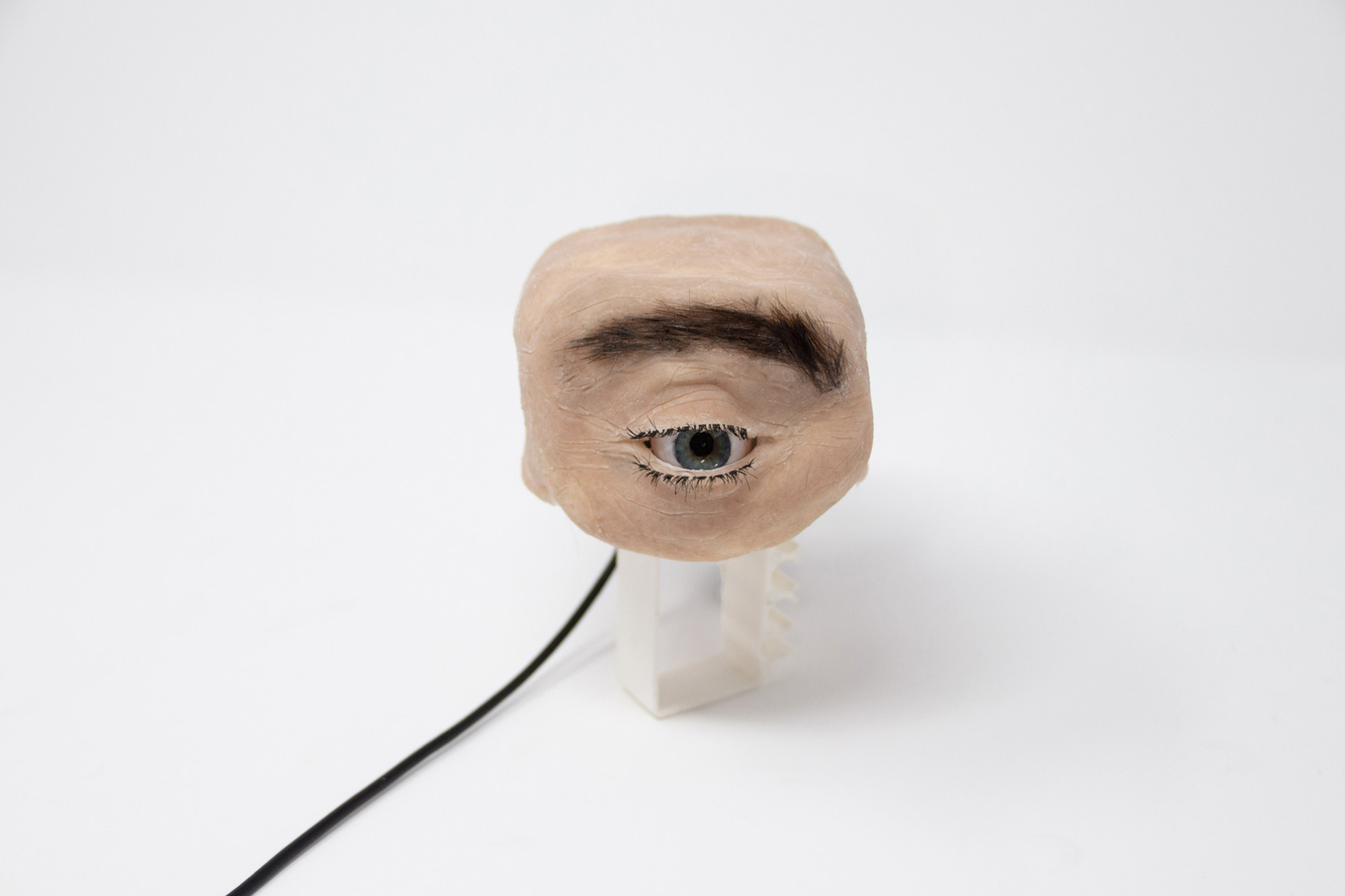 A “computer-human interaction” researcher has invented a webcam that looks just like a blinking human eye — with red veins and a glossy stare — to help people rethink the way they use technology.

Marc Teyssier said he created the “eyecam because we are surrounded by sensing devices” and he wants people to think about the ”implications of the presence of these devices on our behavior.” Teyyssier is the lead researcher of Resilient Future Group at the De Vinci Innovation Center, a Paris think tank.

“They are constantly listening to us, but we don’t know that because they are hidden. They blend into our everyday lives, and they are almost invisible.”

“The webcam is in front of us, looking at us, but during face-to-face communication, when you talk to someone, when you talk to a human being, you can see their eyes. The eyes are really expressive, and they convey lots of non-verbal emotions, like facial expressions.

“What I wanted to do is bring back all those nonverbal queues, all the expressiveness of the eye, into the webcam.” 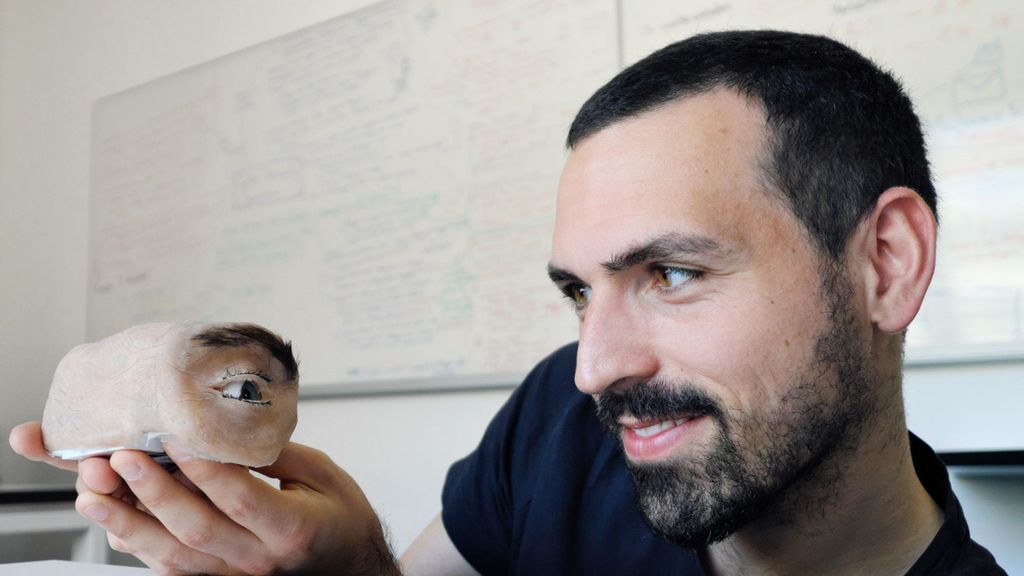 The webcam as human eye

“This device is a webcam that looks like a human eye. It can look around. It can blink. It can move its eyebrows. It is also visually close to a human eye. And with that, I wanted to be transparent in the way the webcam sees us,” he said.

Teyssier said he put the project together from a research point of view and has no plans to go commercial. Instead, he will make all plans available free online. Anyone who downloads them only needs a 3D printer and a few small, readily available items, to build their own eyecam.

“There are several key components: some 3D printed parts, some mechanical parts, some tiny screws and rods, and some electronics with the motors and a Raspberry Pi [miniature computer].”

The webcam runs on Raspberry Pi, and requires only a few servo motors that can be bought anywhere, along with the 3D-printed parts, he said.

The trickiest part is making the “flesh” look realistic. He sculpted the eye on top of the 3D-printed parts and then used it as a mold to cast the skin using silicone.

He hopes others will build one and even improve it, and eventually have one in their homes.

After using the strange new thing, he said he was surprised to discover the eyecam changed the way he behaved toward webcams.

Teyssier said he is now working on a tutorial video to put on his website.

“I made this device to really critique the state of technology,” he said. “We are building this really intense relationship with technology. The smartphone in our pocket is like a comfort object now.”

While he has been unable to study people’s reactions to the device, he plans to do so in the future.