Dozens of endangered orange-bellied parrots have been released into the wild in Victoria as a trial to boost their population. 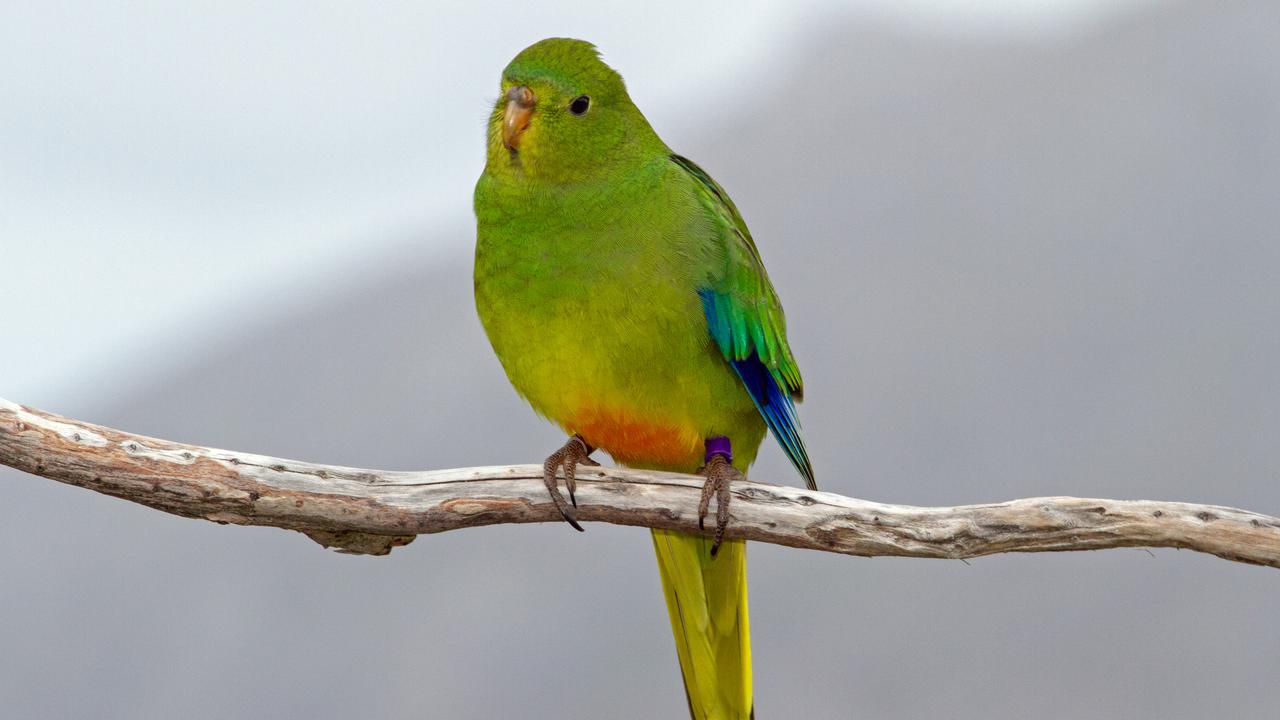 Dozens of endangered orange-bellied parrots have been released into the wild in Victoria. (Supplied by Department of Primary Industries/AAP Image)

MELBOURNE, Australia — Dozens of endangered orange-bellied parrots have been released into the wild from three sites in Victoria, a southeastern Australian state, as part of a program to save the birds from extinction.

Wildlife carers released 36 birds from aviaries on the Bellarine Peninsula, on the northern shore of Western Port Bay, and near Werribee on April 21.

Five years ago, in 2016, there were less than 50 orange-bellied parrots, and only four females, left in the wild, but a large-scale captive-breeding and release program has managed to boost numbers significantly in just a few years.

While it’s hard to say exactly how many parrots there are now, more than 180 birds have migrated from their breeding grounds in Tasmania in 2021.

“Considering where we were, it’s really astounding what we have now,” said Australia’s Department of Environment, Land, Water, and Planning Project Coordinator Rachel Pritchard.

Commencing operation in January 2015, the department is responsible for various environmental, energy, and planning matters.

The captive-bred birds took about an hour to fly out of their aviaries on the morning of April 21, and they did not seem to be in a hurry, stopping to eat bird food before flying away.

The aviaries will be left open in case the parrots need to return for food or shelter.

It’s hoped they will attract other parrots that are currently migrating to Victoria from southwest Tasmania, and together the birds will establish flocks in high-quality habitat.

The parrots spend summer breeding in Tasmania where they nest in the hollows of eucalyptus trees near button grass plains.

Eucalyptus is a genus of over seven hundred species of flowering trees, shrubs, or mallees in the myrtle family, Myrtaceae.

The birds migrate to spend winter in South Australia and Victoria, where they usually stay within 3 kilometers (1.86 miles) of the coast.

The species has become critically endangered due to habitat loss, predation by cats and foxes, and inbreeding due to their small population.

Orange-bellied parrots are fitted with leg bands, and the released birds are also fitted with radio trackers.

It is a small parrot endemic to southern Australia, and one of only three species of parrot that migrate. John Latham described it in 1790. A small parrot around 20 cm long, it exhibits sexual dimorphism.