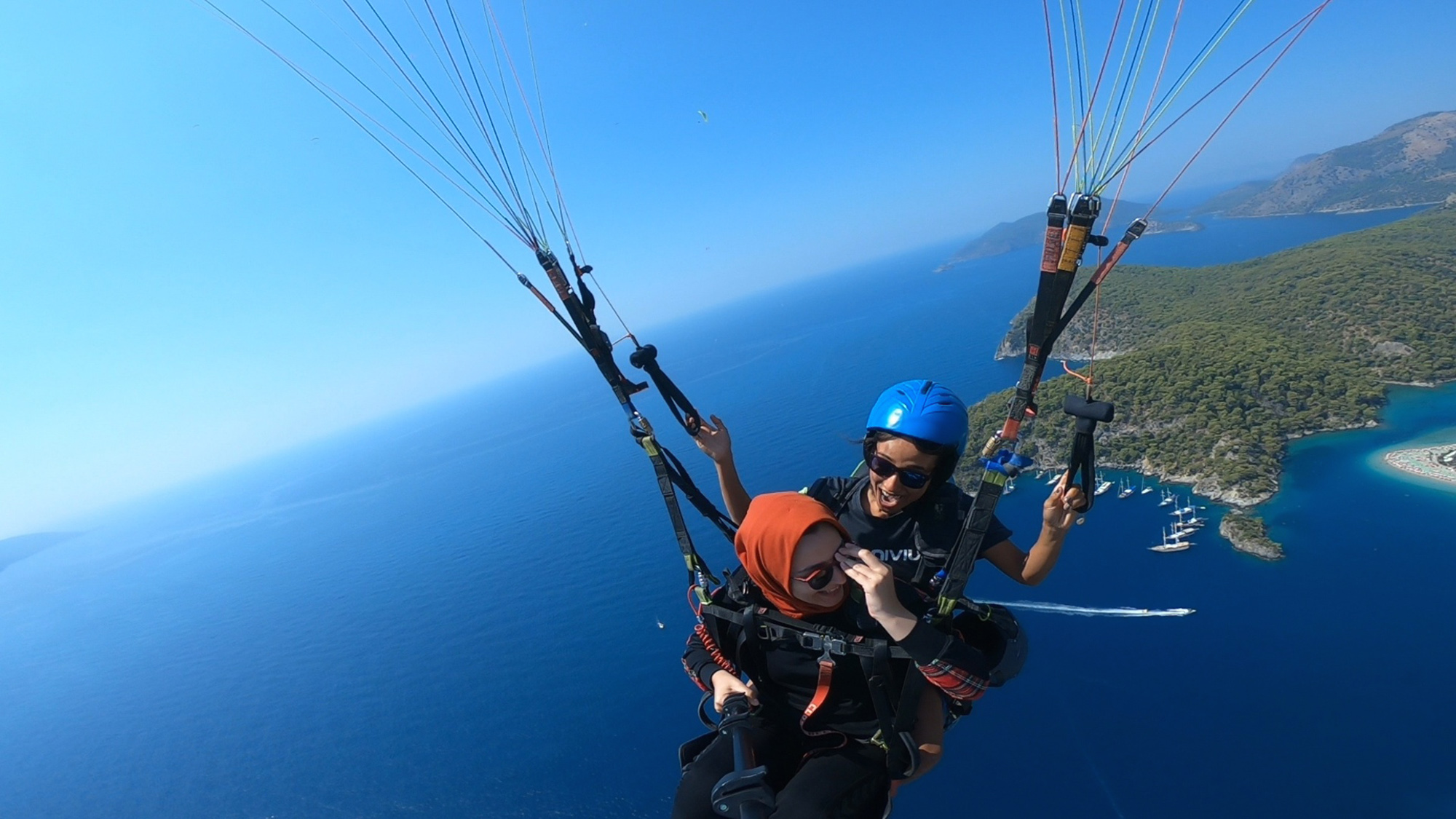 Paragliding instructor Aysenur Katirci and Tuba Turkseve during the tandem flight over the Aegean coast of Turkey. (Aysenur Katirci/Real Press)

In a serendipitous chain of events, a pair of sunglasses that flew off a flier’s face during a dizzying acrobatic stunt somehow fell into her lap when she landed.

It wasn’t until that moment that she even realized they were missing.

“It was unlikely the falling object would meet us at the same point,” said paragliding instructor Aysenur Katirci, who was on a tandem flight with Tuba Turkseve over the resort village of Oludeniz in the southwestern province of Mugla, Turkey.

Video shows the pair enjoying the tandem flight over the Aegean coast when Turkseve’s magnetic clip-on sunglasses suddenly fly off during an acrobatic maneuver.

After they finished spiraling, Turkseve realized her loss. But as she told her instructor what happened, the sunglasses suddenly dropped into her lap.

Stunned, both women erupted in laughter as they descended slowly toward the golden beaches below.

Katirci, who has been working as a professional tandem paraglider pilot since 2015, said that the video was filmed in 2019 but hit national headlines last week when she shared it online.

“I have never encountered such a strange incident before. It was complete coincidence, a one in a million,” she said.