VIDEO: Hang On, Where Did The Road Go? Driver’s Trucky Escape

Driver saved after he reverses off a roof and dangles on a building’s terrace by his back wheels. 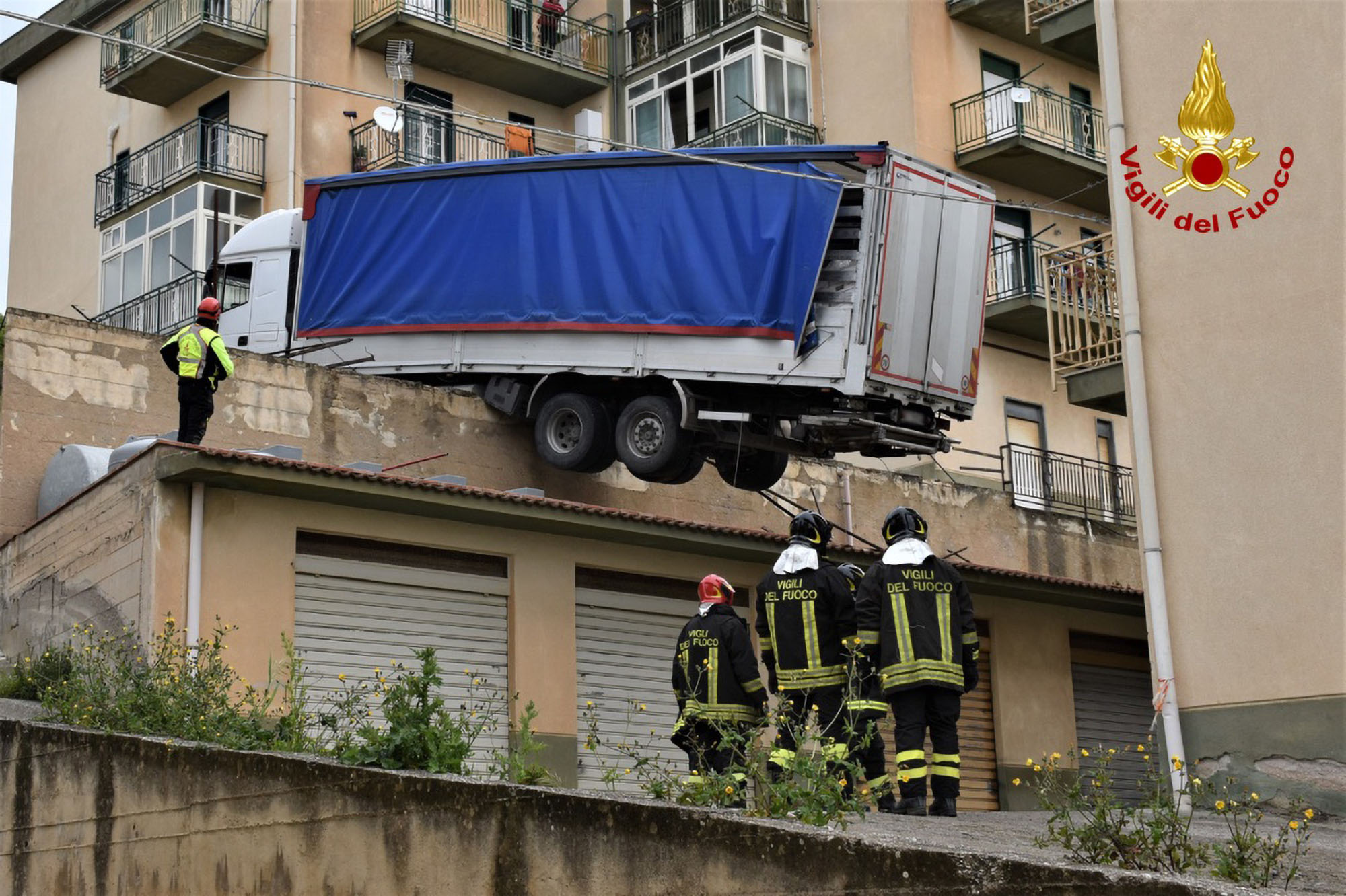 Truck found stuck in dangerous position atop a building after an incorrect maneuver was recovered by the Italian Fire Department in Caccamo, Sicily, Italy on April 16, 2021. (vigilfuoco.tv/Real Press)
A huge crane, together with firemen operating a powerful winch, joined forces to prevent a truck from tumbling over the edge of a building after it crashed through a barrier and was left hanging precariously on the terrace.

The incident occurred in the commune of Caccamo in Palermo, Sicily, last week.

A wrong maneuver from the truck driver caused it to plow through the barrier. Its back wheels were left hanging in the air.

Firefighters used mobile cranes capable of lifting heavy objects. The teams tied the truck to the mobile cranes and then use the winch to pull it back to safety.

The vehicle hovered between houses, which had to be evacuated.