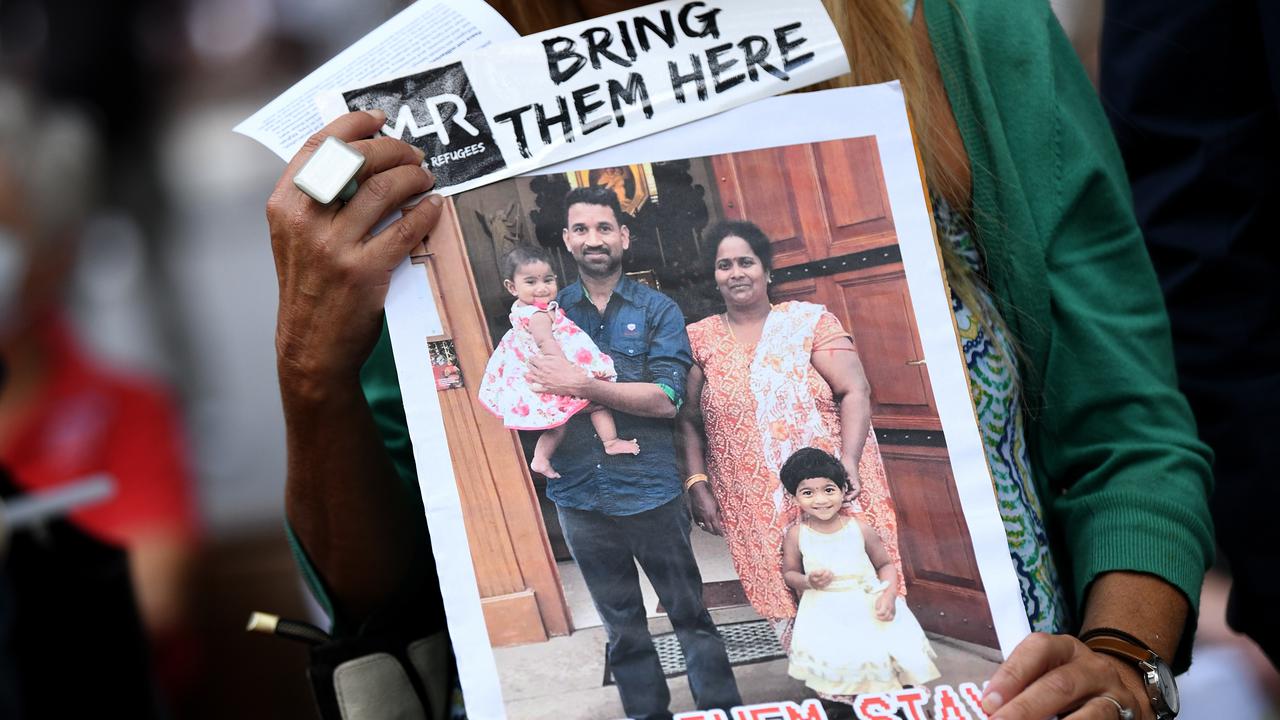 Placards are seen during a vigil in support of the Biloela Tamil family in detention on Christmas Island, Sydney, March 5, 2021. (Bianca De Marchi/AAP Image)

BILOELA, Australia — A family of Tamil asylum-seekers removed from the Australian state of Queensland in the town of Biloela three years ago are “struggling and coping” in immigration detention.

Priya, Nades, and their two young daughters have been held on Christmas Island since August 2019 as the government tries to deport them to Sri Lanka, despite a community campaign to let them stay.

Labor senator Kristina Keneally is among those who have spent years calling for the family to be released.

Senator Keneally has spent the past four days with the family, who have been detained for more than 1,000 days.

She tweeted about her visit to the detention center.

“I met with Piya, Nades, and their two girls Kopika and Tharunicaa,” read Keneally’s tweet. “As you can imagine, life in detention is hard. Their situation could be solved with the stroke of a ministerial pen. It’s time for the Tamil family to go #HomeToBilo.”

“They are struggling and coping, as you can imagine, particularly these young girls,” she said from Christmas Island.

Senator Keneally claims Priya was lonely and depressed in detention.

“Nades, the father, is the quieter of the two, but I sensed a deep and profound sadness in his face,” she said. “He is stuck in a situation he cannot resolve. He can’t work, he can’t look after his family, and he can’t get a way out.”

Senator Keneally claims Nades genuinely feared being killed if he was deported to Sri Lanka.

“He just wants to care for his wife and children, and he doesn’t want to make his daughters orphans.”

Their two Australian-born girls, Kopika and Tharunicaa, are happy when they are allowed to attend a school or visit a recreation center once a week.

“But back in detention they are, Priya says, they are dead, they have no joy,” Senator Keneally said. “These two parents both look at their most overwhelmed when they are talking about the impacts of detention on their children.”

The family has access to health and welfare services on Christmas Island, including school and recreation services.

But the girls are the only two children housed in an immigration detention center in Australia.

Senator Keneally called on Karen Andrews, who was recently promoted to the home affairs ministry, to intervene.

She wants the family to return to their adopted home of Biloela in central Queensland.

At the very least, Senator Keneally wants them to be able to live in community detention on Christmas Island while their case goes through the courts.