The Wildwood Trust will build 10 new breeding facilities across two sites in Britain. 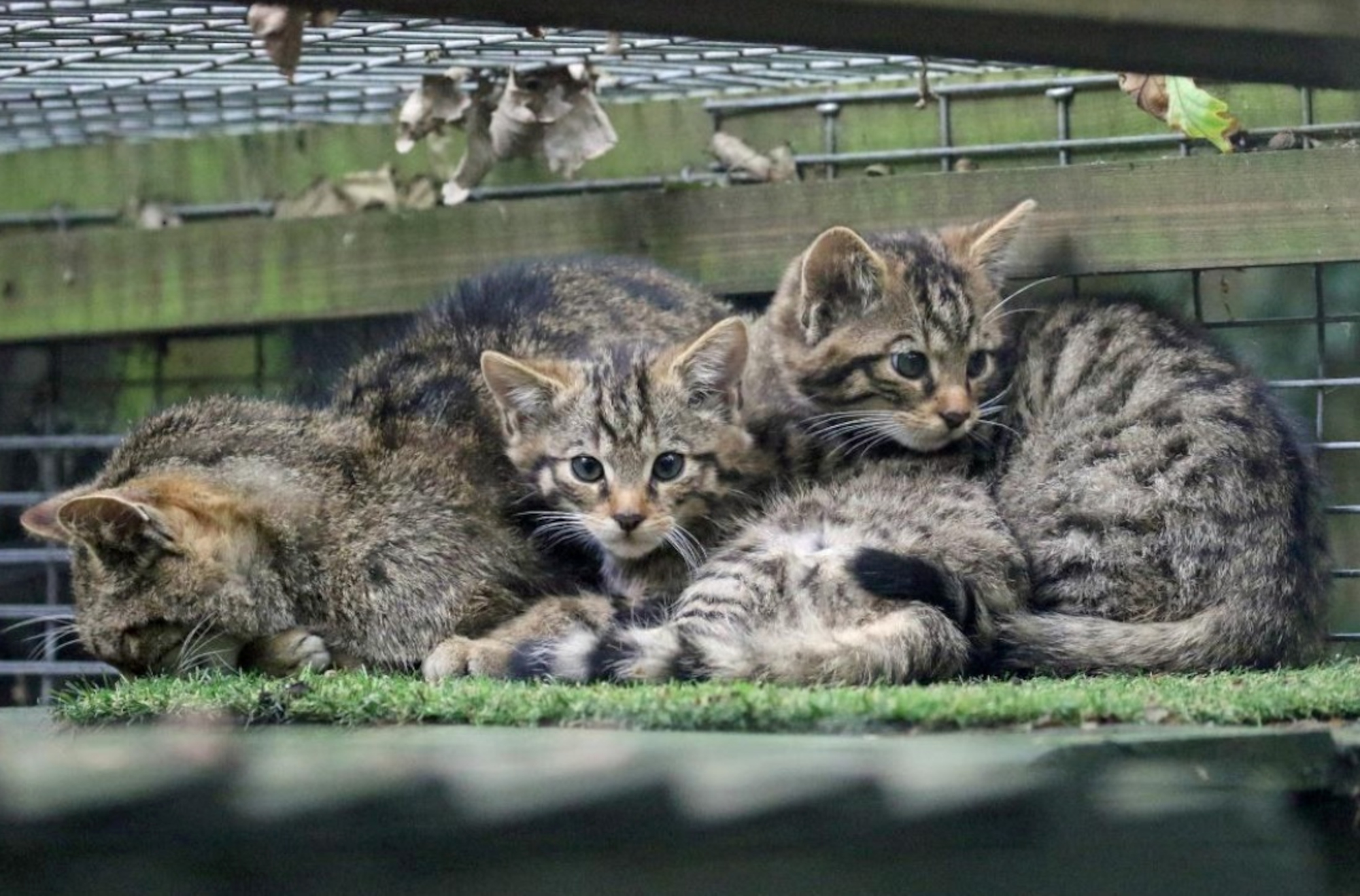 The cat population of England just climbed into history.

Video of the functionally extinct wildcat was filmed at Wildwood Trust in the seaside town of Herne Bay in Kent, southeast England.

They are the first population of wildcats established outside of Scotland in over two centuries.

Wildwood Trust, in collaboration with Durrell Wildlife Conservation Trust and Vincent Wildlife Trust , is kicking off a groundbreaking new project to establish the first wild population of the wildcat to suitable habitat outside of Scotland since the 1800s.

The project could herald a new chance for this iconic British species.

Wildwood Trust will build 10 new breeding facilities in Kent and Devon. Each enclosure will house a breeding pair of cats, whose kittens will later be released into the wild. Wildcat mating usually takes place between January and March, with litters of one to eight kittens born in April-May.

The European wildcat is Britain’s rarest mammal and the only native cat that belongs to the species Felis silvestris, genus Felis, surviving in the country. It can easily be mistaken for a domestic tabby, but it’s a little heavier, weighing up to 17 pounds, and has thick stripes, along with a bushy tail with a blunt tip.

Their diet consists mainly of rabbits, as well as small mammals, such as mice.

The wild population is thought to comprise less than 300 cats, living exclusively in the remote Scottish Highlands, but that population has been declared functionally extinct, meaning there is no longer a viable population left in the wild.

The species was hunted and persecuted to extinction in England and Wales a century ago. Loss of habitat and more recently, interbreeding with domestic and feral cats, means it has not been able to return — until now.

A healthy population of wildcats will help restore the balance in the ecosystem by controlling prey animals, such as rabbits and rodents, and of predators, such as foxes, through competition for food.

Various trusts are committed to the protection, conservation and ecological restoration of British wildlife.

Durrell’s “Rewild our World” strategy focuses on recovering wildlife, reviving ecosystems and reconnecting people to nature. Vincent Wildlife Trust has worked for over 40 years to monitor and recover mammal species of conservation concern in the UK, Ireland and Europe.

“Our goal is to return a viable and self-sustaining wildcat population to its former range,” said Laura Gardner, director of conservation at Wildwood Trust. “We have developed years of experience and expertise in breeding wildcats in support of the existing Scottish conservation project.

“We are now excited to be utilizing these skills to benefit wildcat recovery more broadly across Britain. This will be a long-term commitment for Wildwood, requiring increased resources and infrastructure, so we are relying on the public’s support to help.”