About 4,000 homes and businesses remain without power in Western Australia’s Mid West and Wheatbelt regions. 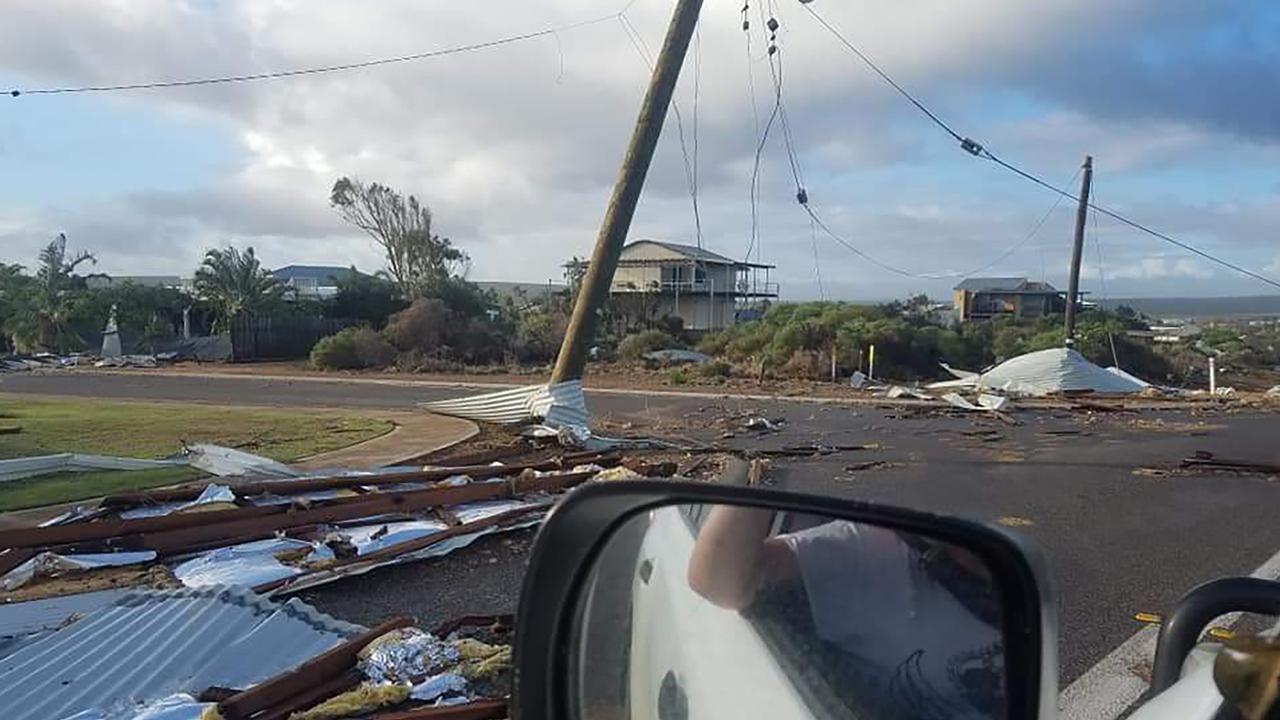 About 4,000 homes and businesses in Western Australia remain without power after being hit by Cyclone Seroja. (Supplied by Twitter, @uptownerd/AAP Image)

About 4,100 homes and businesses remain without power after the storm caused widespread damage across the state’s Mid West and Wheatbelt regions.

More than 875 buildings have received damage, and 32 have been destroyed, including 23 homes.

The state government has announced electricity and water relief for people in the impacted area, which spans 700 kilometers (435 miles) long and 150 kilometers (93.2 miles) wide. 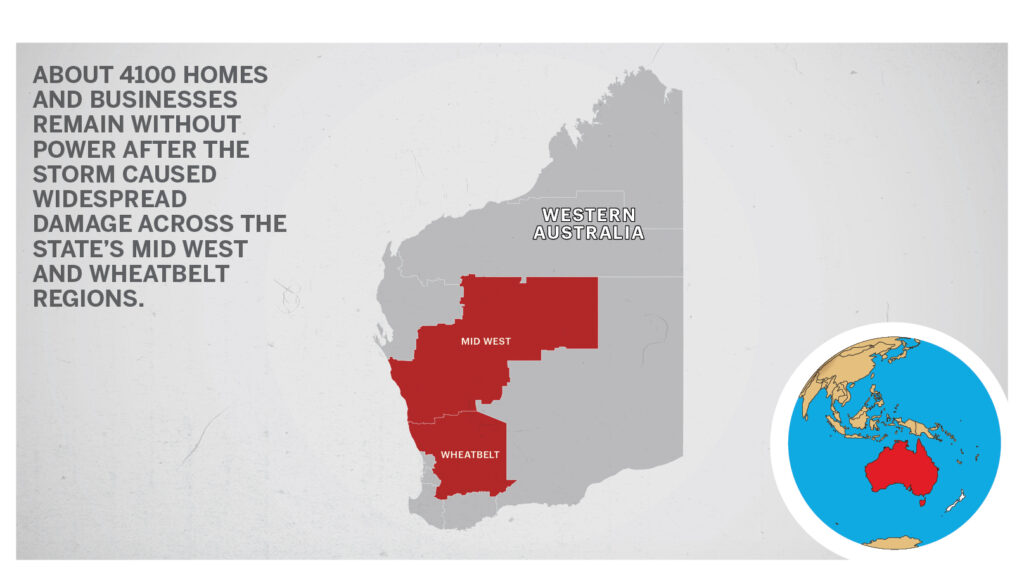 The Services Department of the Australian government started a recovery plan to help the victims of the cyclone and support them.

All customers in Kalbarri and Northampton will receive a 50,000-liter water usage allowance and have their service charges waived for 12 months.

“The impacts of ex-Tropical Cyclone Seroja have been devastating for our communities in the Mid-West and Wheatbelt regions,” Energy Minister Bill Johnston said on April 19.

“Repairing the electricity network is massive and the biggest ever undertaken by Western Power; thank you to the 230 staff that have been rebuilding the network in such a short time.”

Some areas are expected to be without power for weeks after Seroja made landfall as a category three storm with winds up to 170 kilometers/h (130 miles/h).

As many as 44 schools have been cleared of cyclone damage, and 41 of those will welcome back students for the start of Term 2.

Providing some respite to the people, PM Scott Morrison tweeted, “Emergency payments of AUD 1,000 ($777.32) for adults and AUD 400 ($310.98) for children have been made available by the federal government to support those seriously affected by Cyclone Seroja in Western Australia. The payments are available now in the local government area of Northampton.”

Authorities believe the overall impact could take up to two years to repair and cost upwards of AUD 200 million ($155.46 million).