Imran Khan recently said “in any society where vulgarity is prevalent, there are consequences”. 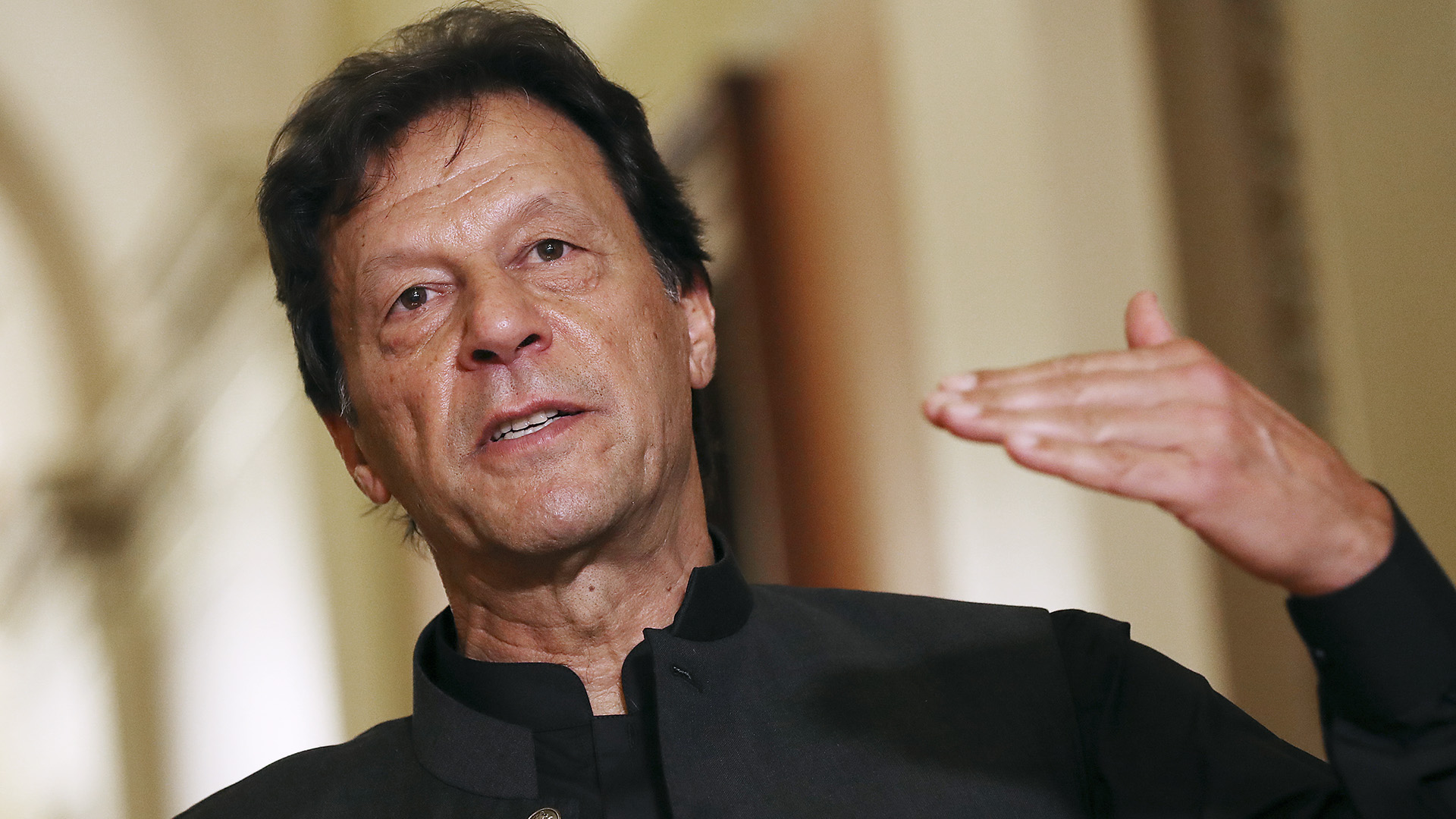 LAHORE, Pakistan — Pakistan’s Prime Minister, Imran Khan, has sparked outrage by indicating in an interview that a rise in rape cases in his home country was due to the way women dress.

While explaining his government’s strategy to check the rise in sexual violence in Pakistan, Khan said that “in any society where vulgarity is prevalent, there are consequences.”

“This entire concept of purdah [covering up] is to avoid temptation; not everyone has the willpower to avoid it,” he said.

“The incidents of rape of women [have] actually very rapidly increased in society.”

Khan’s comments have drawn criticism from rights campaigners, mostly terming the statement a danger to women in Pakistan.

The Human Rights Commission of Pakistan was “appalled” by Khan’s comments.

“Not only does this betray a baffling ignorance of where, why and how rape occurs, but it also lays the blame on rape survivors, who, as the government must know, can range from young children to victims of honor crimes,” the Human Rights Commission of Pakistan said.

Pakistan ranks as one of the worst performers when it comes to women’s rights globally. The 2021 Global Gender Gap Report of the World Economic Forum ranks Pakistan at 153 out of 156 countries.

In the South Asia region, the report places Pakistan at seventh position out of the eight countries. The report states that roughly 85 percent of females in Pakistan have faced “intimate partner violence”.

Conviction rates in cases of sexual crimes remain low, and the majority of the incidents go unreported. Conviction rates, meanwhile, remain low, with the accused in just 2.5 percent of all reported cases ultimately being convicted by the courts, according to a note on the European Parliament website.

Some analysts believe Khan’s statement will make it harder for Pakistani women to get justice in sexual and physical violence incidents.

“Already, victims of sexual violence, particularly women, are viewed with suspicion in Pakistan, and such cases are rarely reported and investigated,” Azhra Shahid, a gender studies lecturer from Minhaj University in Lahore, told Zenger News.

“The situation is horrible in the country’s rural areas,” she said.

“In rural Pakistan, if women get raped, it becomes a matter of family’s honor, and in most of the cases, it draws further violence against women rather than [facilitating them in] seeking help from law enforcement agencies.”

“The [few] cases that are reported hardly reach their logical conclusion. Most of the time, they are settled outside courts, or the victims are blamed,” she said.

Protests erupted in Pakistan last year after then Lahore Capital City Police Officer Umar Sheikh blamed a gang-rape victim for driving alone at night, which he believed “encouraged the perpetrators”.

The official said the Pakistani-French woman should have taken a busier road. In another statement, Sheikh said the woman was traveling at a late hour as she “thought it was France”, referring to her second nationality.

The case, known as the ‘motorway gang rape’, is a significant example of prejudice towards women by senior officials and public office holders in Pakistan.

In December 2020, Pakistan’s President signed an anti-rape ordinance into law to speed up conviction rates and toughen sentences. The regulation will create a national sex offender database, protect the victims’ identities, and establish special courts to hear rape cases.

The law also requires that courts reach a verdict within four months and that victims are given medical examinations within six hours of reporting the offense. Despite these measures, concerns remain regarding the implementation of the law.

Earlier this month, a local court in Pakistan asked police to register a case against the organizers of the International Women’s Day march — more commonly known as the Aurat March — for allegedly committing blasphemy and insulting Islam.

“The Ahurat Marc faces severe backlash every year,” the organizers tweeted after this year’s rally on March 8. “Our videos and posters are targeted and manipulated, spreading misinformation to malign the March.”

“This year, one of our videos was doctored, and heinous allegations are being placed on us as a result,” the tweet further states.

Many women organizers have gone into hiding after the threats. When Zenger News approached one of them for comments, she refused over fears of backlash from Islamists.

The annual marches, which began in 2018, bring to attention the rights of women. The participants call for more accountability for violence against women, ask the government to make more women-friendly policies, and support those that have experienced violence and harassment.

Following the threats from militants and a court order asking for a probe against the organizers, the U.S. rights commission called on Prime Minister Khan’s government to repeal the controversial blasphemy laws.

“Pakistan couldn’t even take a break on International Women’s Day from its draconian blasphemy laws,” U.S. Commission on International Religious Freedom commissioner Johnnie Moore said in a Twitter post. “What a shame to the wonderful Pakistani people.”

Khan’s government has not said anything to condemn either the court’s order or militant’s threats. In another case last year, Khan refused to denounce a statement by a religious scholar who blamed women for the spread of the Covid-19.

“The Prime Minister’s statement is not different from the statement and actions of many others, including the right-wing Islamists that continue to tell Pakistani women that they are unsafe in this country,” Aasia Ahmad, a woman rights activist from Lahore, told Zenger News.

“Telling women to cover themselves to avoid being raped only complicates the issue. More and more women will be discouraged from coming forward to report such cases, as they are going to be worried about their reputation,” she said.

In the interview, Khan quoted many examples to justify his remarks. According to him, the rising divorce rates in Britain were due to the “sex, drugs, and rock and roll” culture that increased in the 1970s.

Khan criticized India by saying that the country is experiencing a similar situation because its film industry is taking “inspiration from Hollywood”. “Delhi has now become a rape capital,” he said.

Following his remarks, Jemima Goldsmith, British writer and former wife of Khan, said in a Twitter post that she hoped Khan’s remarks were “misquotation” or “mistranslation”.

“The Imran I knew used to say, ‘Put a veil on the man’s eyes, not on the woman.” To make her point, she quoted a verse from Quran that states, “Say to the believing men that they restrain their eyes and guard their private parts.”

“The onus is on men,” Goldsmith said.

Khan, known for chasing models and actresses during his stint as a cricketer in the 1980s, has not clarified his position following Goldsmith’s comments. Twice-divorced Khan recently married Bushra Bibi, who wears a veil.

Muneeza Mirza, an assistant professor at Lahore’s Forman Christian College, told Zenger News that Khan’s comments would only “provide support to patriarchal attitudes that he is a part of”.

“The statement only leaves an impression that men can get away with such a crime as the system, directly and indirectly, supports them,” Mirza said.

“Rape is rape. There are no interpretations to describe it. Unfortunately, the Prime Minister of Pakistan believes victims should do more to save themselves. Pakistani women have a long way to go before they reach the point where they are confident that authorities will give their case due attention.”