Landmarks To Light Up For Fallen Officers In Australia

Melbourne landmarks will be lit up in blue to honor the four police officers killed in a horror crash on the Eastern Freeway. 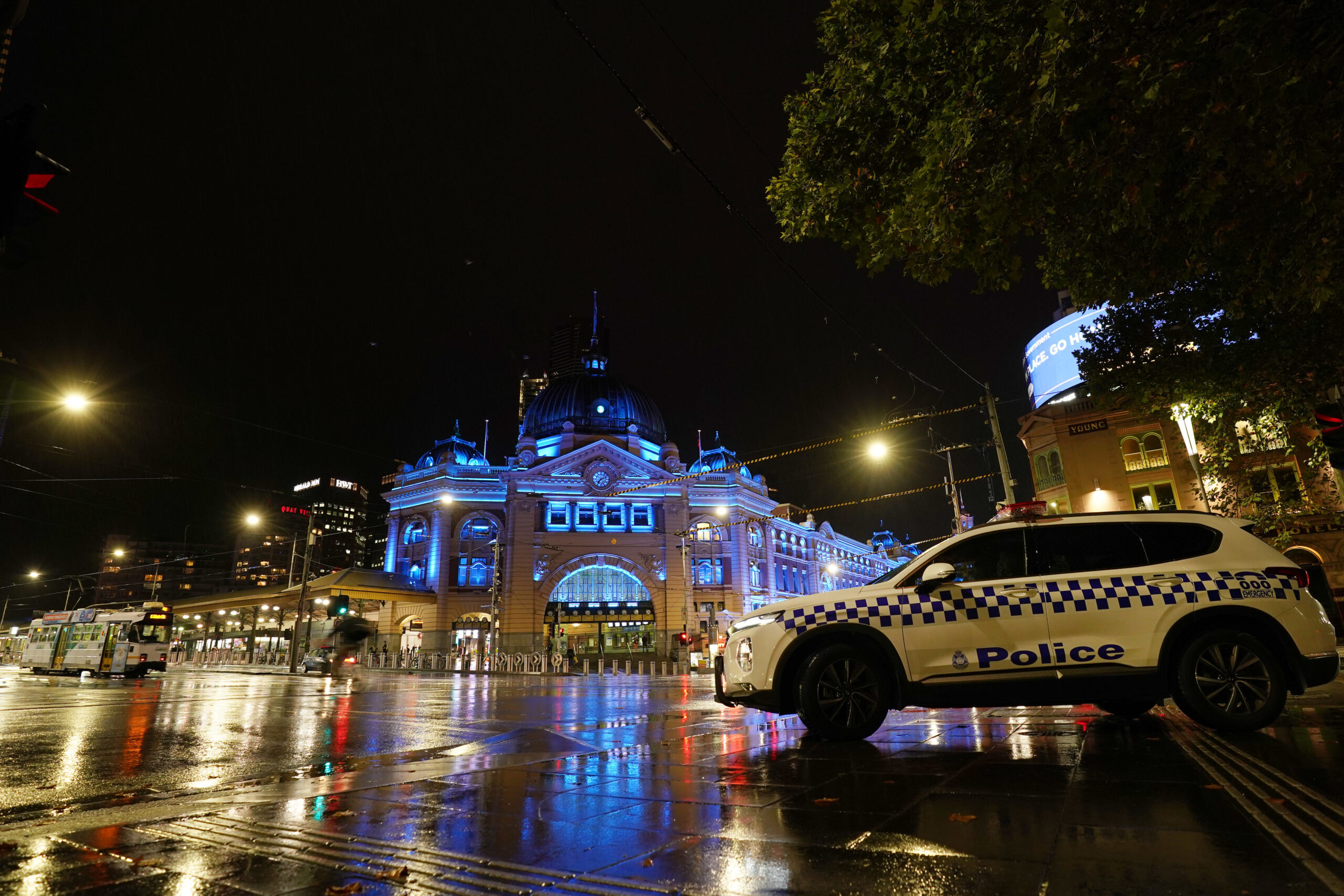 Flinders Street Station was one of the landmarks lit up in blue in tribute to the police officers. (Michael Dodge /AAP Image)

MELBOURNE, Australia — Melbourne will again turn blue to mark the first anniversary of a horror crash on the Eastern Freeway that killed four police officers.

Leading Senior Constable Lynnette Taylor, 60, Senior Constable Kevin King, 50, and constables Glen Humphris, 32, and Josh Prestney, 28, were killed while on duty on the Eastern Freeway at Kew on April 22, 2020.

Mohinder Singh, who was high and severely sleep-deprived when he plowed his prime mover into four police officers on Melbourne’s Eastern Freeway, has been jailed for 22 years.

The crash was the single greatest loss of life in Victoria Police‘s history, with the truck driver responsible jailed last week for a maximum of 22 years. 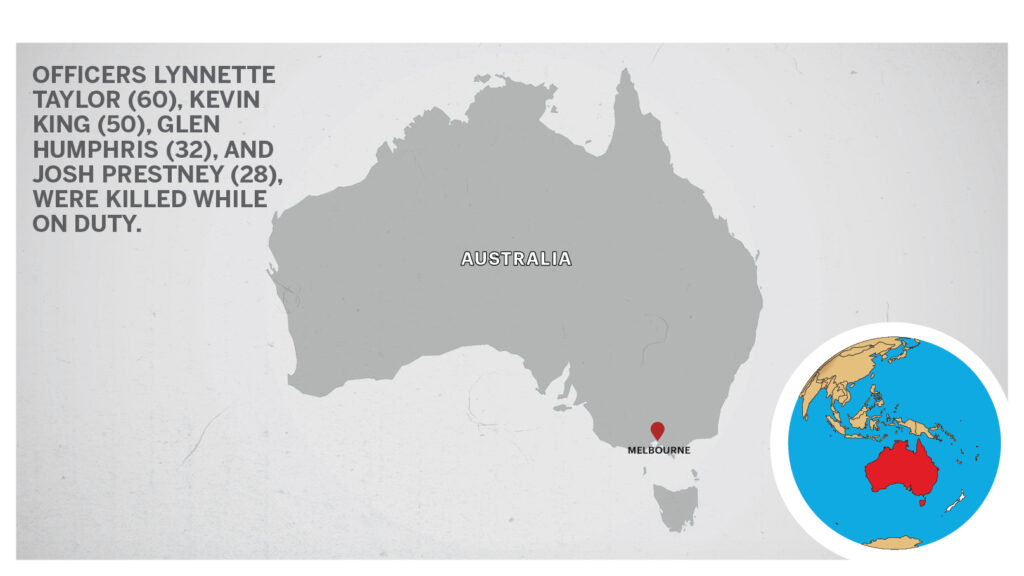 Acting Premier James Merlino has confirmed the state’s landmarks will be lit blue on April 22, the first anniversary of the deaths.

“To light up as many buildings and bridges in blue to honor the lives of those four police officers who lost their lives in the most tragic devastating and circumstances, that has been something that we’ve been planning to do,” he said on April 20.

“It will be things like the Bolte Bridge, other government buildings across the city. We’ll identify and light up as many as we can.”

Merlino said there were still plans to hold a state memorial service for the four police officers, whose funerals were restricted due to coronavirus restrictions last year.

Last year, Flinders Street Station, Melbourne Town Hall, the National Gallery of Victoria, the Melbourne Cricket Ground, and the Police Association headquarters were among landmarks lit up in blue to honor the fallen officers.

“It’s an extremely supportive gesture,” he said. “Our members drew immense support from it in the days after the tragedy.”

In sentencing, the father of two, Justice Paul Coghlan, told the Supreme Court of Victoria that the incident had profoundly changed the lives of four families.

“The police officers had no hope,” Justice Coghlan said.

“Their deaths are entirely unnecessary and should have been avoided. You caused their deaths.”

“I believe it was about 4:50 pm on April 22, 2020, on the inbound stopping lane of the Eastern Freeway, on the city side of the intersection, two members of the Road Policing Drug and Alcohol Section intercepted a 911 Porsche bearing the registration LLC001,” Chief Commissioner Ashton had said during the time of the accident.