Former Royal Australian Air Force pilot and co-conspirator who plotted to fly over 397 pounds of ice to Melbourne imprisoned. 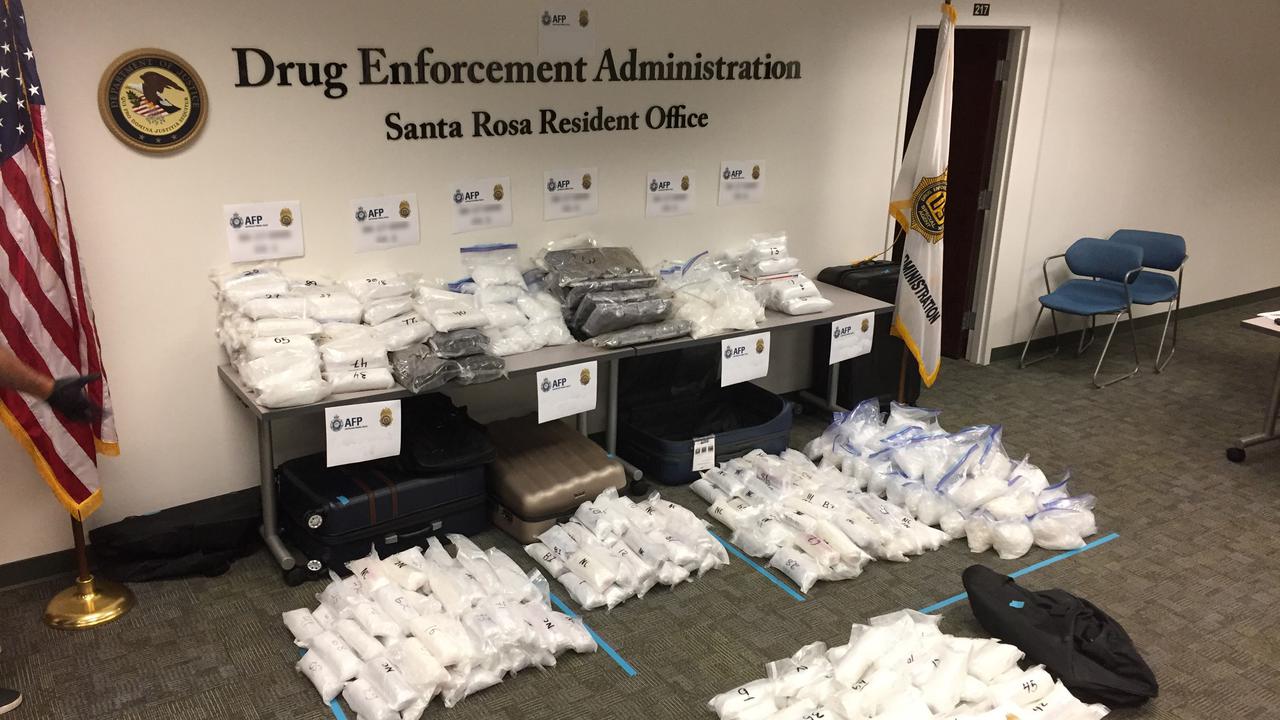 Two men who plotted to fly more than 180 kilograms (397 pounds) of ice to Melbourne from California have been jailed. (AAP Image)

MELBOURNE, Australia — A former Royal Australian Air Force (RAAF) pilot who fostered a child and fundraised for hospitals is behind bars over his failed plan to fly 180 kilograms (397 pounds) of ice to Australia.

Hugh Gorman, 75, is also a decorated volunteer firefighter. He and his co-conspirator Peter Caluzzi, 61, met as Freemasons more than a decade ago.

They had long marriages, children, and solid and stable jobs.

But motivated by financial gain, they became tangled up in an intercontinental drug plot to traffic 180 kilograms of ice to Melbourne, with a street value of up to AUD 118 million ($90.9 million).

After a decade with the Royal Australian Air Force, Gorman took on other flying jobs as well as truck driving. A serious crash in 2011 left him with lasting injuries and an inability to take care of his farming property, bankrupting him.

Caluzzi, who described a loving and happy childhood, moved through the ranks to become a partner and then the principal of his accounting firm.

But a series of bad investments on behalf of a client-led him to withdraw his mother’s superannuation to invest further.

With Gorman broke and Caluzzi ashamed of losing his mother’s money, the men became involved in a sophisticated operation to import drugs from California in 2017.

They pleaded guilty to conspiring to import a commercial quantity of the drug and were sentenced on April 20.

While the plot was sophisticated, some of their methods were not. Gorman used his own name to rent a storage container in California where he stored the drugs — and later seized by the U.S. Drug Enforcement Agency.

They used Blackberry phones to communicate through encrypted messages. Gorman kept the code for his phone on a piece of paper in his wallet.

The plan involved Gorman making multiple trips to the United States to purchase a Cessna Silver Eagle plane, refitted with an additional fuel tank in which the men stashed the drugs.

Gorman did the work and arranged the plane, while Caluzzi financed the purchase and covered his longtime friend’s travel expenses.

It was intended that Gorman would load the drugs into the plane and then fly it from California to Melbourne, making 13 stops along the way while keeping in contact with Caluzzi and the wider syndicate by satellite phone as he crossed the Pacific Ocean.

While Caluzzi expected his payment from the overarching drug syndicate would come in the form of AUD 1 million ($0.77 million) from the sale of the plane, Gorman claimed he was only expecting to receive AUD 14,000 ($10,879.4) for his part.

But Victorian County Court Judge George Georgiou claims it defies common sense he would take such great risks for a relatively minor sum.

Gorman was jailed for 14 years and must serve at least eight years and six months before he’s eligible for parole.

As well as the conspiracy charge, Caluzzi also admitted trafficking drugs in 2013. He was jailed for 17 years and won’t be eligible for parole for at least 11 years.