Endangered breed joey finally joins his mother in the branches. 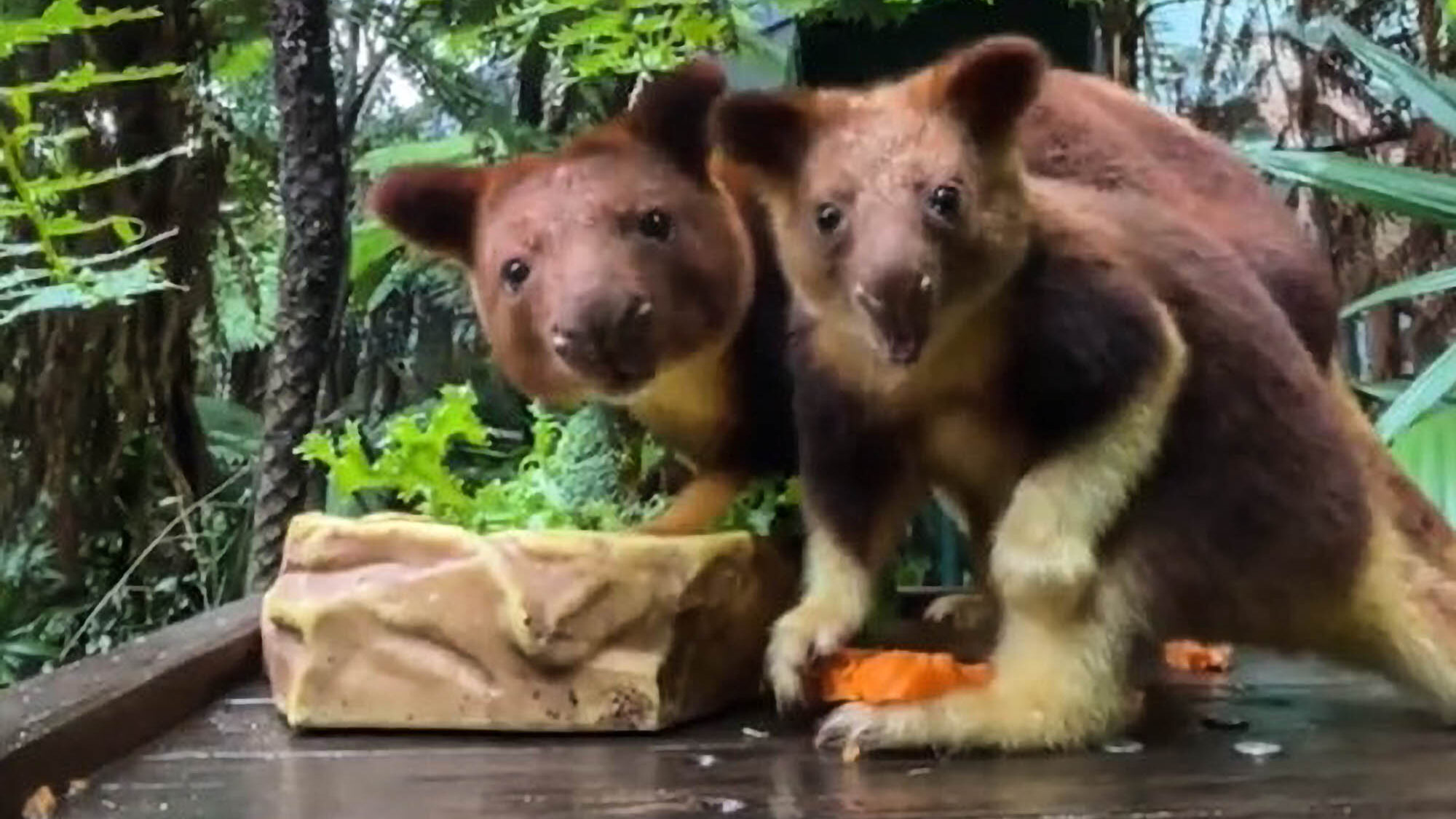 Taronga Zoo’s endangered tree kangaroo joey has managed to emerge from his mother’s pouch for the first time.

Video from the zoo in Mosman, Australia, shows the young kangaroo hopping on the trees and balancing on a thick rope. Then, in the company of his mother, he enjoys eating to prepare for new acrobatic challenges.

At 10 months old and weighing just over four pounds, the late bloomer was a little reluctant to venture out of his mother Kwikal’s pouch, earning the nickname “pouch potato.”

But Taro has become incredibly active and self-assured in the last few weeks, according to zookeepers, although he has only recently been able to remain permanently out of his mother’s pouch.

“Taking influence from the joey’s nickname, keepers have named the youngster Taro, which is a kind of sweet root vegetable that is common in his native Papua New Guinea,” said Jennifer Steed, media and communications officer at Taronga Conservation Society Australia.

These kangaroos are listed as endangered due to habitat depletion and encroaching human activity, with more than half of wild populations lost in three generations.