VIDEO: Harrowing Rescue As Cops Save Woman From Jumping Off Bridge

The officers acted quickly to prevent a potential suicide. 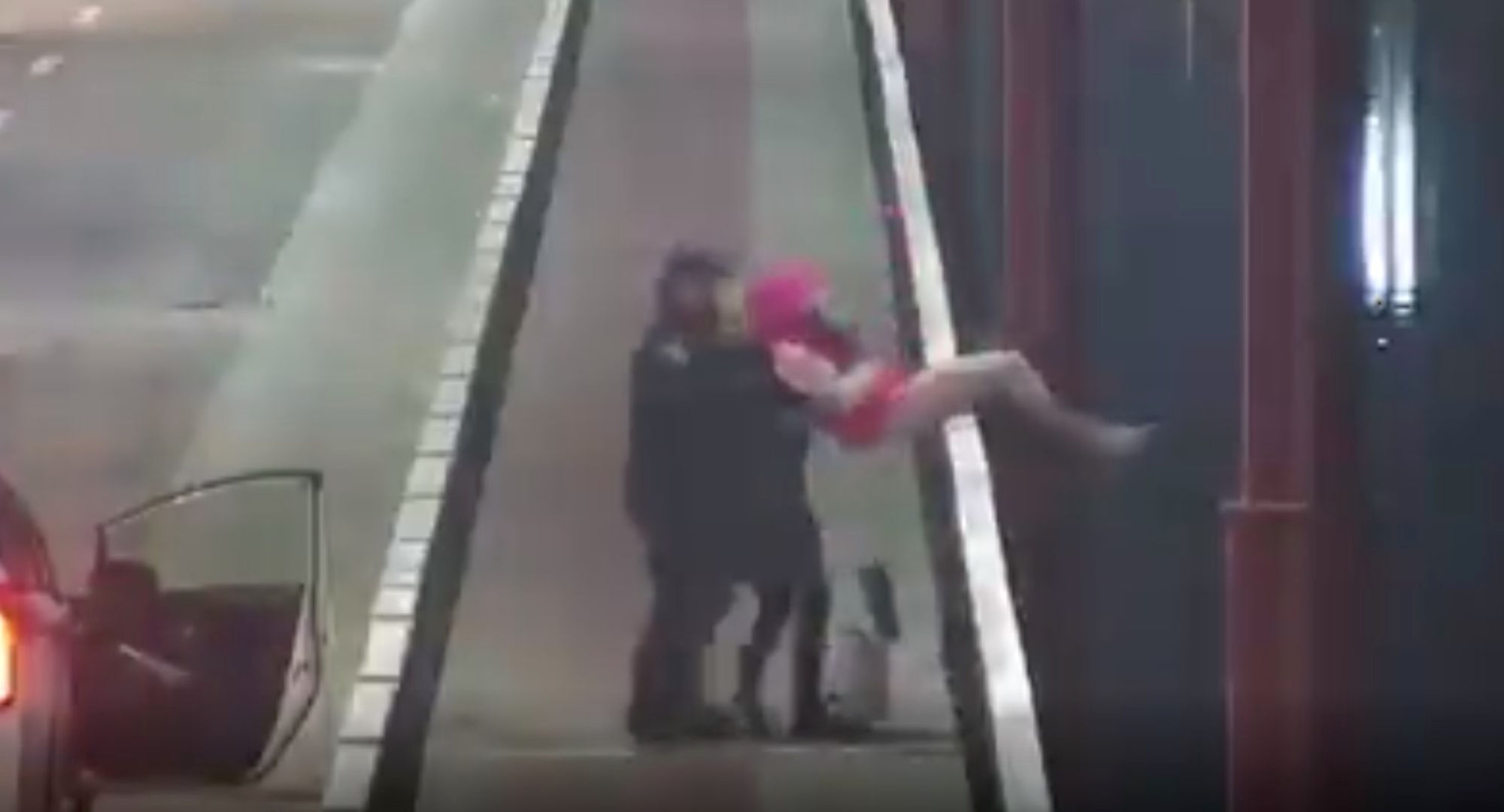 Inspectors Tetyana Ostapchuk and Mykola Kotenko saving a life on a bridge in Ukraine. (@MVS_UA/Real Press)

Two Ukrainian policemen rescued an unnamed woman who intended to jump off a bridge.

The rescue operation took place on the New Bridge in the Ukrainian city of Dnipro on April 18.

A driver reported to police he saw a woman sitting on the edge of the bridge’s barrier. The information was confirmed by surveillance cameras.

Footage captured on video and by body cameras show officers grabbed her and dragged her away from the ledge. An ambulance arrived at the scene and specialists examined the woman. Local media reported the rescued woman was crying and depressed.

“Friends, pay attention to each other, to your family and friends,” local law enforcement said in a statement. “Maybe some of them need your support and just want to talk. A good word, attention and mercy are real and precious medicines in our time.”