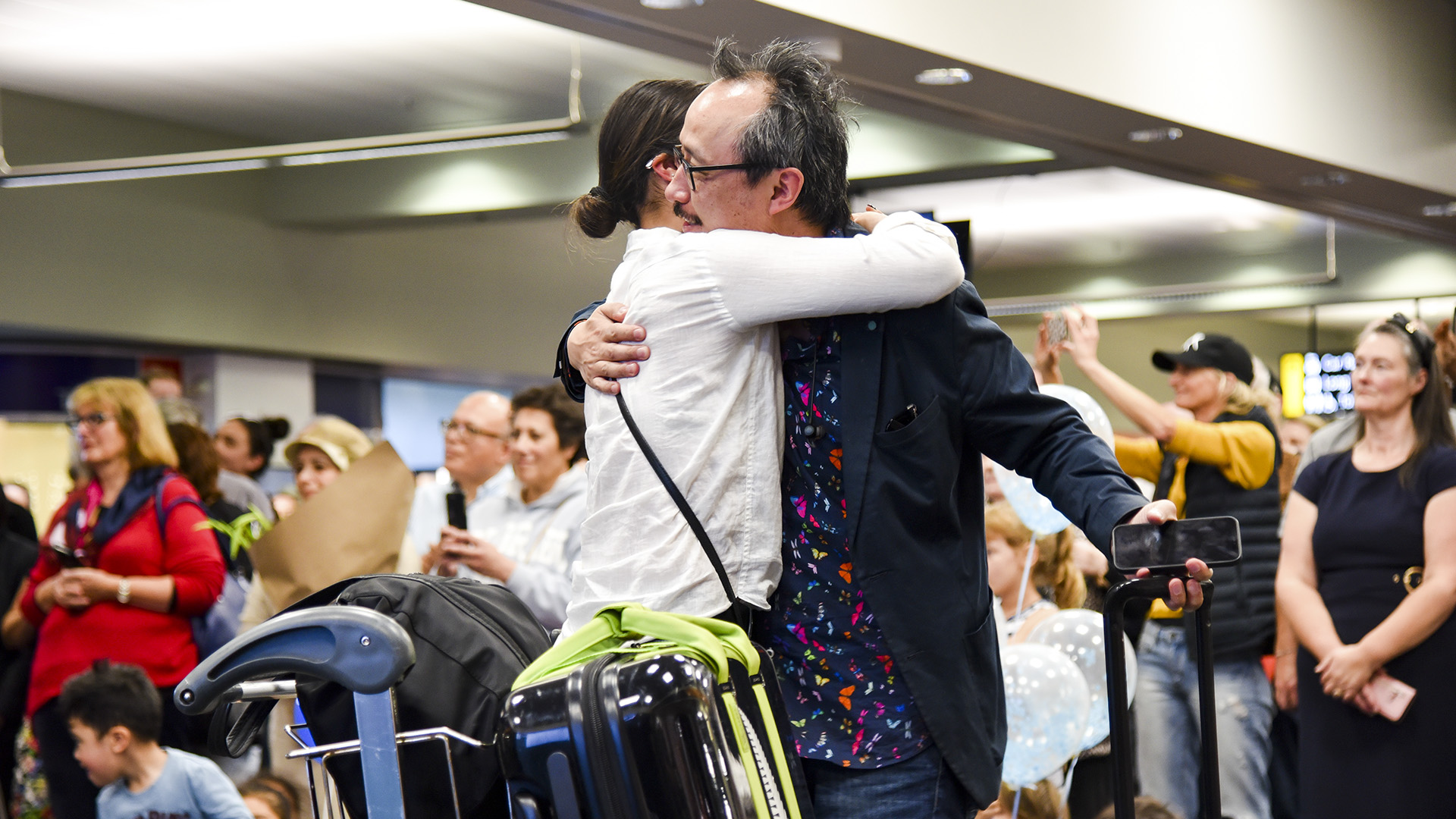 Families and loved ones embrace after the first Air New Zealand flight landed in Wellington on the first day of the trans-Tasman bubble, April 19, 2021. (Ben McKay/AAP Image)

AUCKLAND, New Zealand — The New Zealand government concedes thousands of families will remain separated even as it relaxes border policies to allow some partners to reunite with loved ones.

When New Zealand closed its border to all but citizens and residents last March, many partners and families situated in different countries were separated.

In numerous cases, they have been unable to reunite more than a year later.

On April 19, Immigration Minister Kris Faafoi said he would create new exemptions to New Zealand’s border closures to allow families of critical healthcare workers and other highly-skilled workers to join them in Aotearoa.

“Closing our border was critical to keeping Covid-19 out. It was to protect lives,” Faafoi said.

“The new border exceptions will reunite hundreds of people caught in that situation. It may still be another few months before these families are reunited, but we hope this provides more certainty for them.”

However, the changes won’t assist all suffering from long separations.

Migrant workers who don’t meet the criteria or who don’t have 12 months left on their visa won’t be eligible.

Meanwhile, other foreigners will be granted exemptions to move to New Zealand should they meet economic needs.

Faafoi denied he was prioritizing the economy over families, saying these were “not easy” decisions.

“We’ve been attempting to strike a balance,” he said. “There will still be some families, despite our announcement today, that will find themselves in difficult situations.

“Decisions around giving people an exception to our closed border has to balance the needs of many industries and sectors as well as social, cultural and humanitarian objectives.”

The move is possible following the creation of the trans-Tasman bubble.

Until April 19, all arrivals into New Zealand – regardless of their origin or status – were required to spend a fortnight in the government’s managed isolation and quarantine (MIQ) regime.

As per official documents from the Ministry of Business, Innovation, and Employment, “Managed isolation facilities are lower-risk facilities to accommodate people with a low risk of transmitting Covid-19. Generally, such facilities are for people who are asymptomatic, have not tested positive, and are not close contacts of confirmed or probable cases. Such facilities may have people that are displaying symptoms but have tested negative.”

In a tweet, the ministry informed that from April 23, the process for arrivals at Auckland Airport is changing due to QFT (Quarantine Free Travel) between NZ and Australia. Travelers will be taken to their managed isolation facility without their checked baggage.

With Australian travelers now exempt from MIQ, there are finally places within the hotly-contested system, allowing Faafoi the chance to relax the system.