Scott Morrison has praised a “remarkable job” in protecting communities from Covid-19 as the travel bubble gets underway.
By Steven Jancetic April 20, 2021
Facebook
Twitter
Linkedin
Email 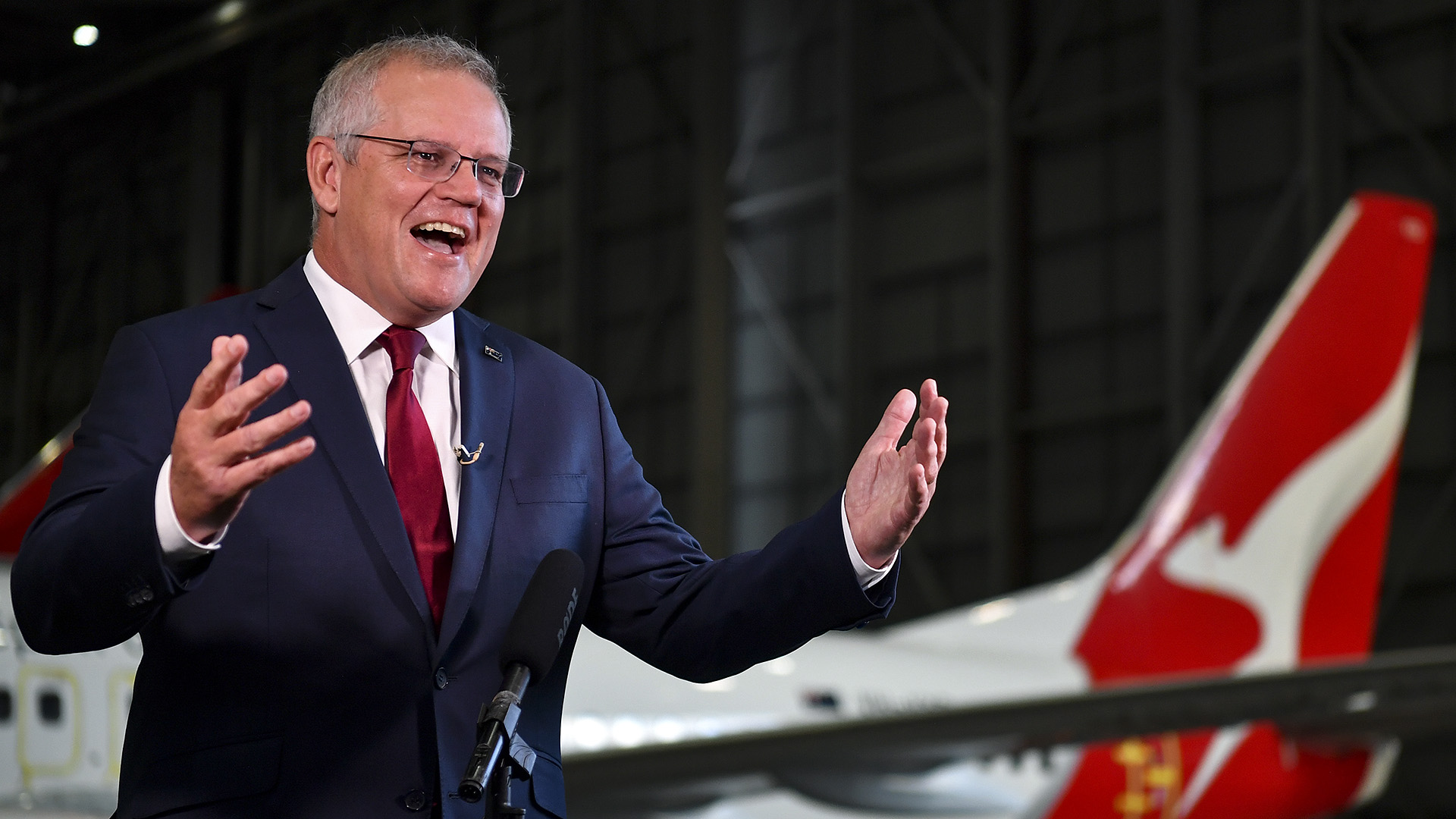 Australian Prime Minister Scott Morrison on a TV interview ahead of an aviation and tourism package announcement at Sydney Airport. (Dean Lewins/AAP Image)

CANBERRA, Australia — Australian Prime Minister Scott Morrison has hailed the opening up of the Australia-New Zealand travel bubble as a “win-win” for both countries.

From April 18 night, travelers from Australia were once again able to cross the Tasman quarantine-free after more than a year of tight restrictions.

“Today’s milestone is a win-win for Australians and New Zealanders, boosting our economies while keeping our people safe and just in time for Anzac Day,” Morrison said on April 18.

Anzac Day is a national day of remembrance in Australia and New Zealand that broadly commemorates all Australians and New Zealanders “who served and died in all wars, conflicts, and peacekeeping operations” and “the contribution and suffering of all those who have served”. 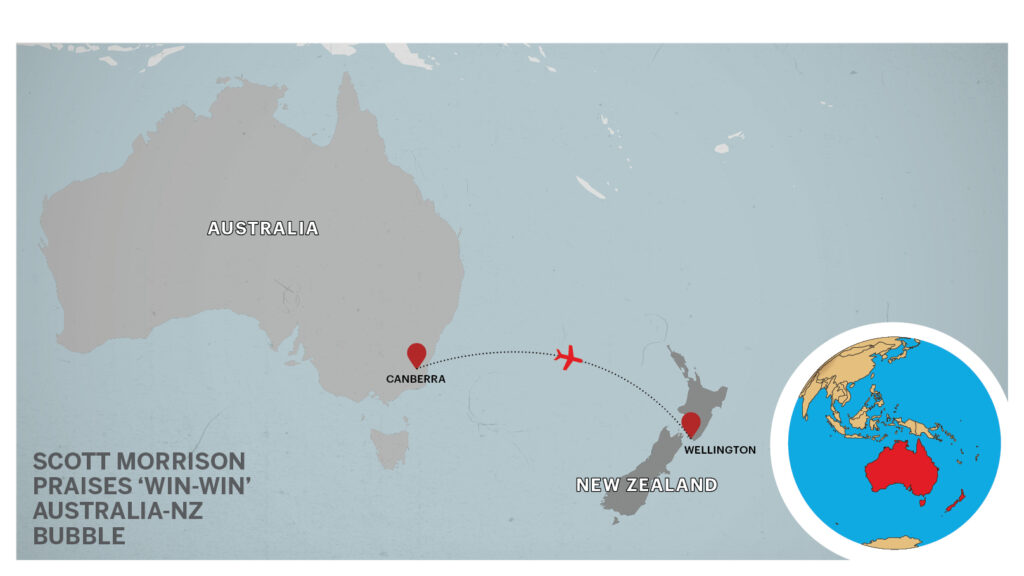 “ANZAC” was the name given to a combined force of First Australian Imperial Force and New Zealand Army troops who landed on Turkey’s Gallipoli Peninsula at around dawn on Sunday, the 25th day of April 1915, barely nine months after the outbreak of World War I.

“Both countries have done a remarkable job in protecting our communities from COVID-19, and two-way flights are an important step in our road out.”

“It is truly exciting to start quarantine-free travel with Australia,” Ardern said.

“Be it returning family, friends, or holidaymakers, New Zealand says welcome and enjoy yourself. The bubble marks a significant step in both countries’ reconnection with the world, and it’s one we should all take a moment to be very proud of.”

All people residing in Australia or New Zealand, including foreign nationals, can use quarantine-free travel as long as they meet the health, immigration, and other standard border clearance requirements in each country.

The easing of the border restriction reciprocates the arrangement already in place for Kiwi arrivals, who have been able to visit Australia without undertaking quarantine for about the last six months.

While the Australia-New Zealand bubble was ‘the first cab off the rank’, it is hoped there may soon be more to follow.

In a joint statement, Ardern and Morrison said the Pacific nations could be next.

“Australia and New Zealand are also exploring opportunities to extend quarantine-free travel to other countries in the Pacific, when it is safe to do so, reflecting our close ties to the Pacific and our commitment to supporting their recovery,” the statement read.

The ANZAC Day Commemoration Committee, which organizes the day, provides relief by donating to war veterans and their widows, including those with dementia.