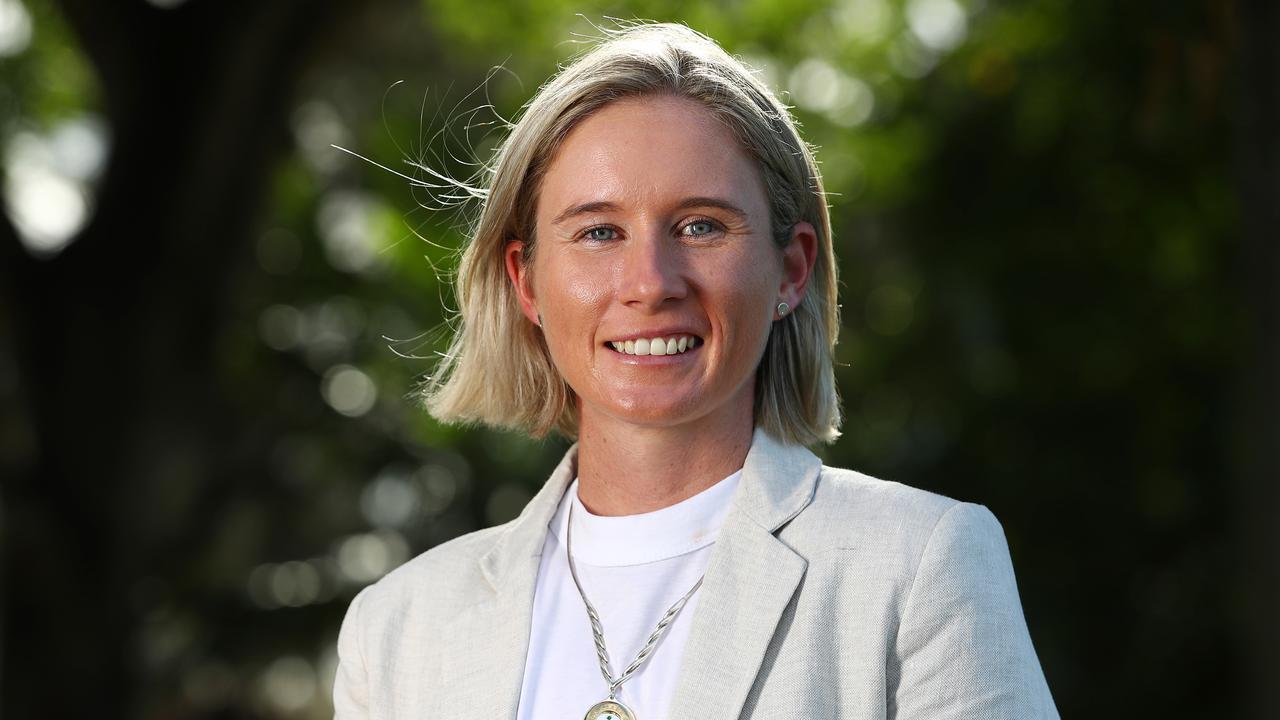 Beth Mooney is the third Australian to be voted Wisden's Leading Woman Cricketer in the World. (AAP Image)

BRISBANE, Australia — Beth Mooney has been given the 2021 ‘Leading Woman Cricketer in the World’ award by Wisden. But, typical of Australia’s low-profile World Cup-winning heroine, she would rather not have the honor at all.

The new edition of Wisden, the annual English cricketing bible, reports that on hearing of her prestigious award, Mooney protested: “I don’t want that tag. I want to be me and fly under the radar.”

But once again, after her heroics in 2020, it appears there is little chance for the brilliant 27-year-old Victorian to avoid the limelight as she follows teammates Ellyse Perry, the 2019 and 2016 winner, and Meg Lanning (2014) as Australian recipients of the award.

Mooney was considered the overwhelming choice for the accolade after also being voted the player of the T20 World Cup in which she played such a huge part in Australia’s triumph, with innings of 81 not out, 60, 28, and 78 not out in the final at the MCG against India.

Her tournament aggregate of 259 runs was an all-time record, but still, the modest Mooney asked innocently afterward whether organizers might have made a mistake by choosing her.

She was subsequently elevated to No.1 in the world T20 batting rankings. She solidified her reputation by being the leading run-scorer in the 2021 edition of the Women’s Big Bash League, compiling 551 runs for Perth Scorchers.

Currently, she is occupying the second spot, just after Shafali Varma from India.

The equivalent men’s award of the world’s leading cricketer has been won by England allrounder Ben Stokes, who, after his World Cup and Ashes heroics of 2019, was given the accolade for the second year running.

“Ben Stokes becomes the first England player to be named Wisden’s Leading Cricketer in the World more than once, retaining the title he claimed in 2020,” said Lawrence Booth, editor of Wisden. “He did it all against a backdrop of personal tragedy: his father, Ged, died in December at the age of 65.”

One of the 2021 Wisden surprise awards went to former Australia captain Steve Waugh, who won a photograph of the year for his image of children playing cricket among the dunes near Osian in India.

In his playing days, Waugh, a keen amateur photographer, had been traveling around India for three weeks in January 2020, working on his book ‘The Spirit of Cricket – India’ when he captured the brilliant image.

«Previous Post
Australia ‘Not Blind’ To Political Tension: Prime Minister »Next Post
Seroja Recovery Likely To Cost Up To $155 Million