Rescuers use a 100-foot drop line to reach the stranded hiker. 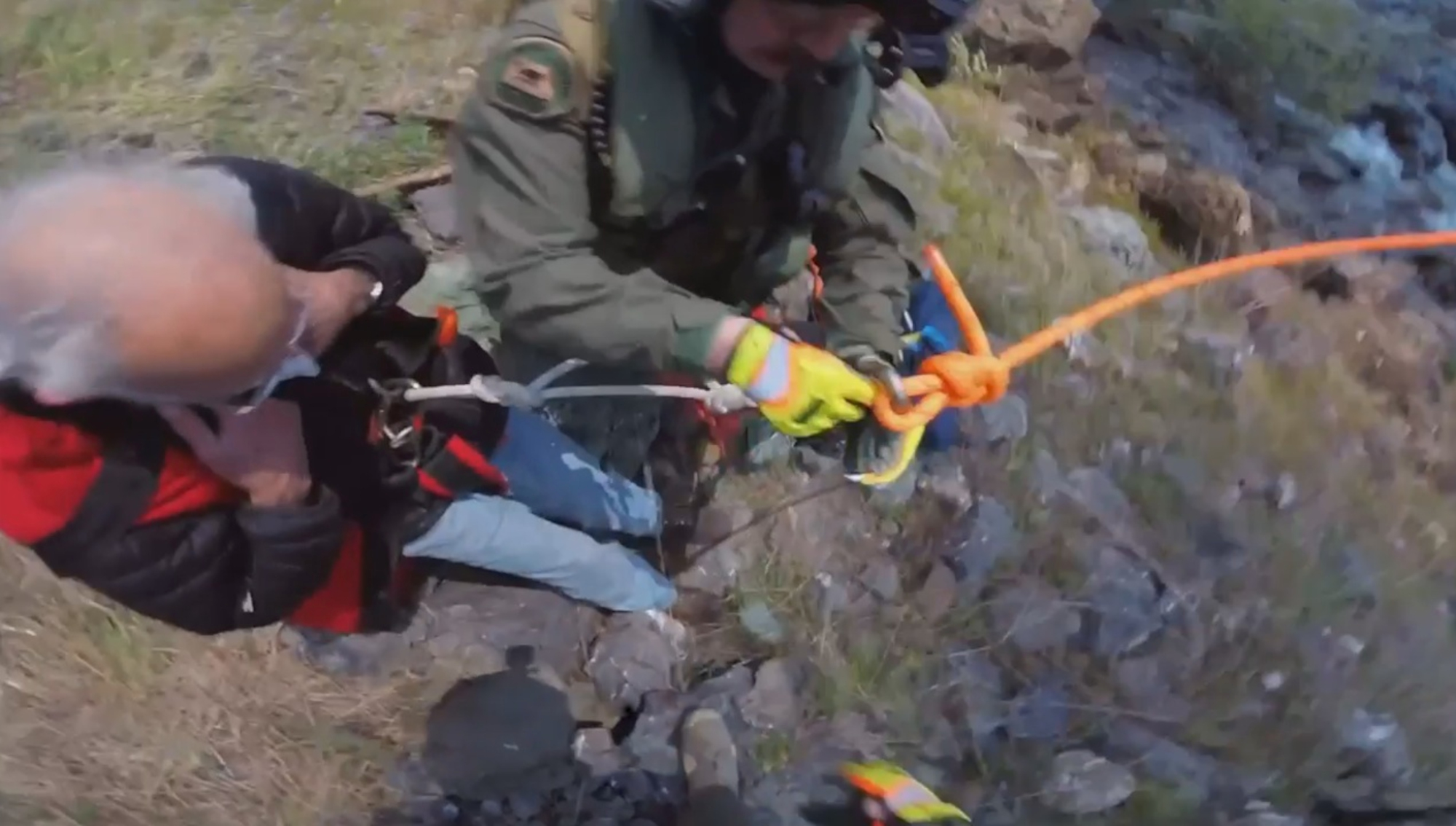 Personnel from rescue helicopter Henry-1 bring a stranded hiker aboard at the Bloody Rock trail area of Mendocino National Forest, California, on April 18. (Sonoma.Sheriff/Real Press)
A hiker lost near the Bloody Rock trail area in the Mendocino National Forest in northern California was rescued April 18 by the Sonoma Sheriff’s helicopter division.According to the Sonoma sheriff, the helicopter, Henry-1, responded to the area to assist with the rescue at approximately 5 a.m.

The Henry-1 staff deployed its tactical flight officer, as well as a paramedic, on a 100-foot drop line to help safely take the hiker on board. The person was taken to a nearby hospital. There was no report of their condition.

The Henry-1 helicopter is used to remove people from places where conventional rescue is difficult, such as cliffs, ravines or oceans.

“The helicopter unit responds to an average of 1,000 missions annually and is one of the busiest single aircraft rescue helicopter programs in the country,” according to the Sonoma County Sheriff’s Office site.