The six unburnt forest landscapes in eastern Australia must be protected to prevent widespread plant and animal extinctions. 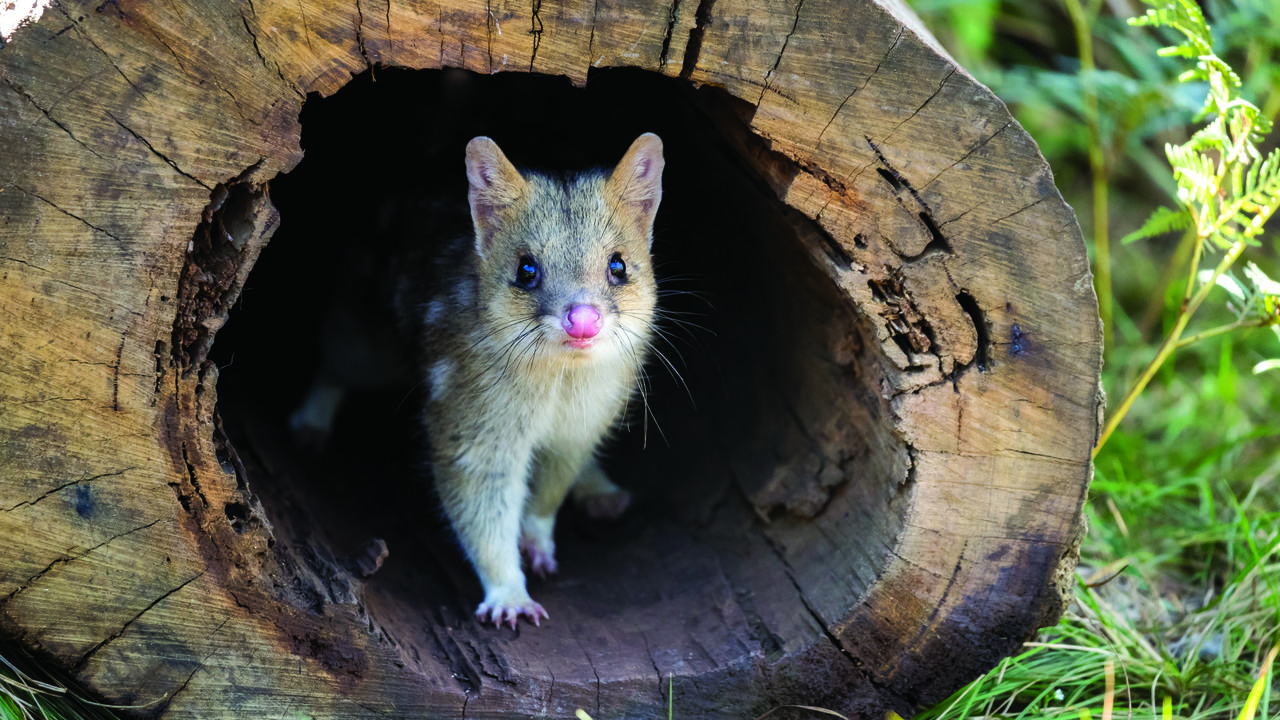 Quolls, koalas, and lyrebirds are among the animals dependent on six habitat areas identified by WWF. (Supplied by Aussie Ark/AAP Image)

On April 15, the World Wide Fund for Nature Australia listed six landscapes on Australia’s east coast, which serve as refuges for threatened plants and animals, particularly after the catastrophic 2019-20 bushfire season.

WWF-Australia said the six landscapes were home to at least 62 plant and 21 animal species, as well as 18 ecological communities, which have been listed as threatened under Australian conservation law. 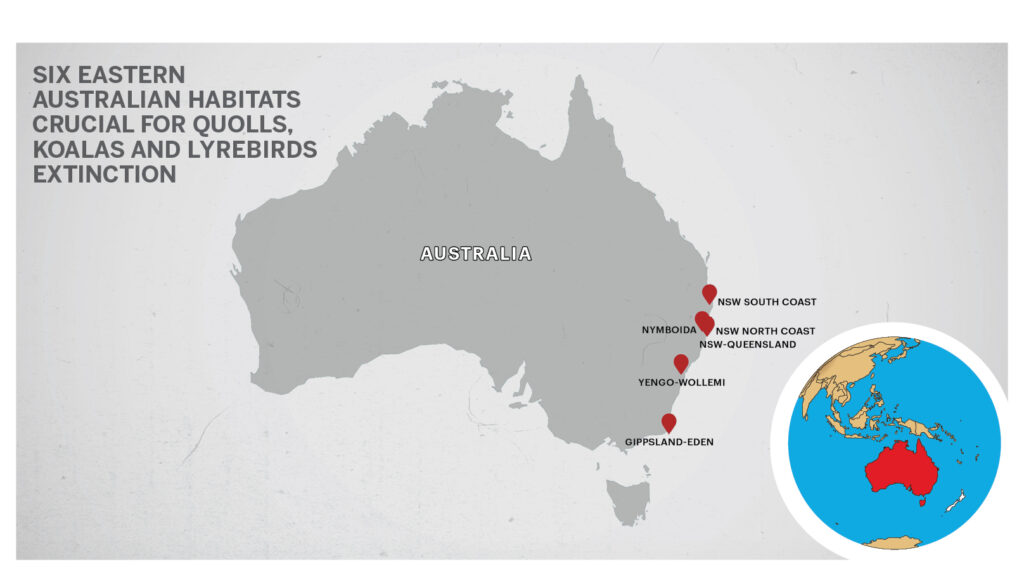 WWF-Australia and the Environmental Defenders Office announced the ‘Defending The Unburnt Six’ signature partnership on April 15. The collaboration is part of WWF-Australia’s Regenerate Australia plan — the most significant wildlife and nature regeneration program in the nation’s history – which includes the ambition to save and grow two billion trees by 2030.

“WWF is pleased to partner with the Environmental Defenders Office to defend intact habitat. Areas of unburnt forest are now more precious than gold. They should be safe havens for surviving threatened species,” said Rachel Lowry, chief conservation officer, WWF-Australia, in a statement.

“Yet despite the impact of fires on wildlife habitat, media reports highlight that unburnt landscapes are under threat from forestry operations and land clearing. Logging in priority areas should cease for at least two years while threatened species and ecological communities are assessed,” she said.

These animals include koalas, lyrebirds, platypuses, grey-headed flying foxes, spotted-tailed quolls, greater gliders, and regent honeyeaters. The not-for-profit also called for all logging in those areas to cease for at least two years, giving authorities the chance to assess animal populations.

“Some threatened species have had more than 90 percent of their mapped known or likely-to-occur habitat impacted by fire,” Lowry said.

The New South Wales south coast landscape includes the township of Manyana, where more than 20 hectares of unburnt forest has been slated for clearing.

The site’s proposed housing development was last year placed under “a controlled action” by federal Environment Minister Sussan Ley, meaning it would be further assessed for its environmental impact.

Bill Eger, the Manyana Matters Environmental Association president, said he was glad the area’s ecological importance was being recognized.

“Since the Black Summer fires, it has become a Noah’s Ark for plant and animal species that survived that devastation,” Eger said in a statement.

Some 80 percent of the Shoalhaven local government area’s bushland “burned at a very high intensity” in the 2019-20 bushfire season.

Shoalhaven City Council has previously asked the New South Wales government to purchase the 20 hectares associated with the housing development.