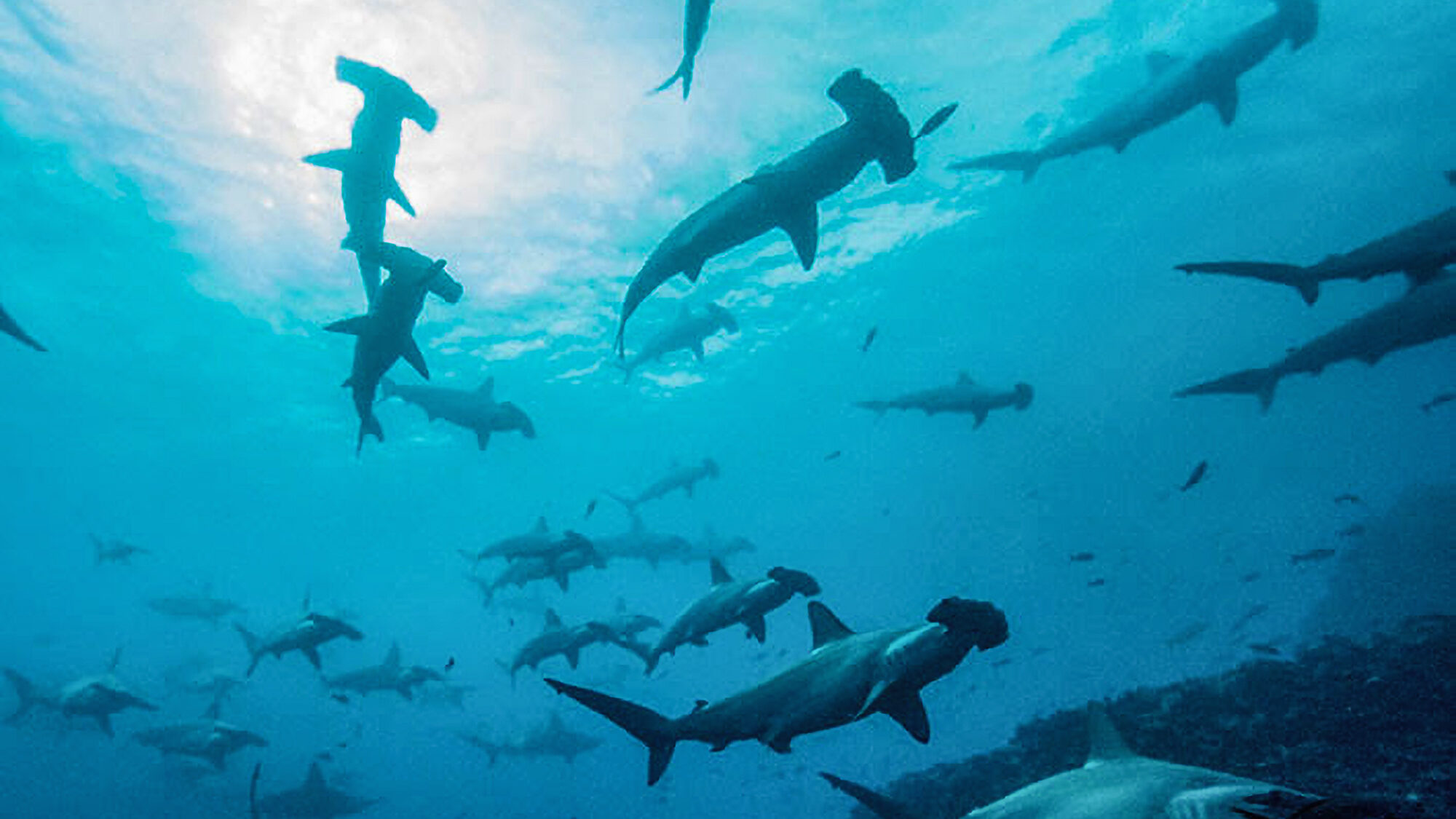 Nature owes a debt to technology.

Scientists have used new tracking technology to precisely chart the migration of endangered scalloped hammerhead sharks, providing detailed information that could help save the species.

Using a satellite tracker towed by the animal, a team from four scientific institutes has recorded the minute details of a pregnant female’s migration as she swam almost 435 miles (700 kilometers) from Darwin Island, the most northern of the Galapagos archipelago, to Cocos Island off Costa Rica.

The 8.2-foot (2.5-meter) scalloped hammerhead (Sphyrna lewini) — named Cassiopeia by the team — is expected to travel almost the same distance to her eventual birthing waters in the mangrove bays of the Costa Rica mainland.

The species can only be saved from extinction if they are protected during the reproductive migration, said Pelayo Salinas de León, senior marine scientist at the Charles Darwin Foundation. The near real-time information this new tool offers has scientists and conservationists excited that a solution may be found.

Previous passive tracking systems delivered data intermittently and could not reveal precise journey maps. However, since Cassiopeia was tagged with the towed tracker in February, she has given the team from the Charles Darwin Foundation, the Galapagos National Park Directorate, the Save Our Seas Foundation and Nova Southeastern University, pinpoint accurate trails as she traversed the North Pacific Ocean off South America.

“Cassiopeia’s journey is not over yet,” he said. “From Coco Island, she still has to travel another 700 kilometers (435 miles) or so to reach the continental coast, where she will give birth to her babies. Just imagine being nine months pregnant with 20 to 30 baby sharks, and having to swim over 1,500 kilometers (932 miles), dodging thousands of fishing hooks and nets along the way, and then swim back.

The scalloped hammerhead was listed as critically endangered in 2019 on the Red List of Threatened Species, which is the last point before extinction, sparking extra preservation efforts.

“There is no more important group to protect than these pregnant females as they try to run the gauntlet of often illegal and unregulated fishing activity between the Galapagos and their birthing sites along the mainland,” said Mahmood Shivji, director of the Guy Harvey Research Institute and Save Our Seas Foundation Shark Research Center at Nova Southeastern University.

“The data being collected in this study will be key to establishing a flexible management system that provides this protection at precisely the right places and times,” Shivji said.

The research has been sponsored by several foundations, private enterprises and individuals.