Individuals and private hospitals are accused of hoarding supplies. 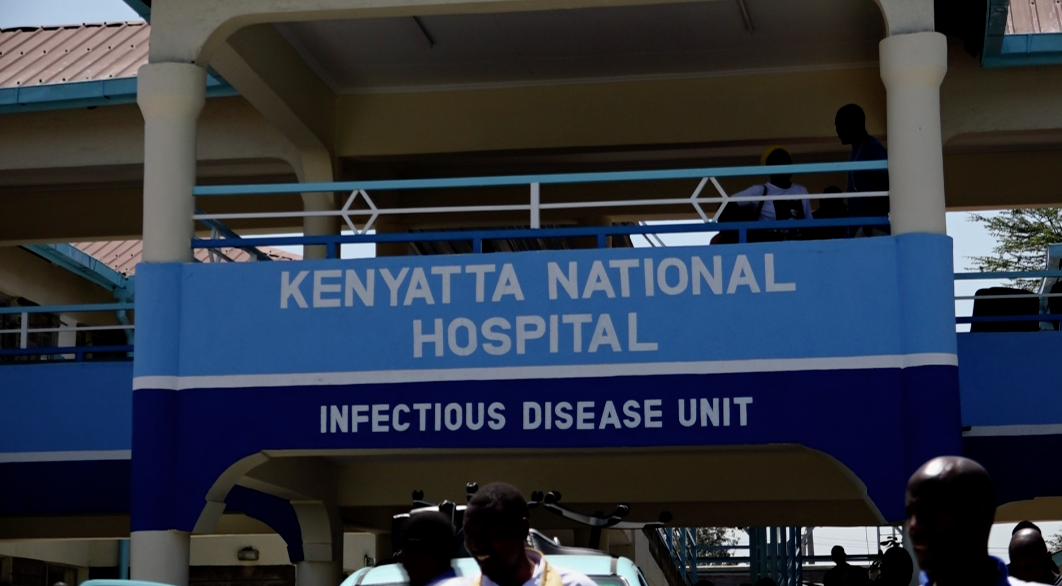 Kenyatta National Hospital, the largest in the region, has not had enough oxygen supply for patients in ICU. (Tom Wanjala)

NAIROBI, Kenya — An oxygen shortage has created a health emergency at the largest hospital in East Africa.

Hundreds of patients in intensive care units at Kenyatta National Hospital are in dire need of oxygen as some individuals and private hospitals are said to be holding more than 20,000 cylinders, according to Cabinet Secretary for Health Mutahi Kagwe.

“I wish to make an appeal to those holding cylinders, be they hospital facilities or individuals in other sectors, please return those cylinders to manufacturers, so they can refill and use them in hospitals that need them,” Kagwe tweeted on March 29.

Mustafa Iddi, from the Kibra slum 7 kilometers (4.3 miles) from Kenyatta National Hospital, is still mourning the death of his elder brother, who was involved in a road accident and died at the hospital while awaiting treatment. “Imagine we were told there was no oxygen! How can a big hospital lack oxygen? …  Where do you want us the poor people to get oxygen?”

Nancy Auma, a front-line health worker at Kenyatta National Hospital, said some patients had been denied admission in ICUs since there is no oxygen.

“Priority was given to health workers, but now the beds are full,” she said. “Even our colleagues helping to fight COVID-19 can’t get access to oxygen. It is that bad. The situation is dire here.”

Kenyatta National Hospital serves more than 10,000 patients from Kenya, Uganda and Tanzania. As the largest public hospital in the region, it has experienced operational lapses from time to time, including staff strikes over unpaid wages and poor working conditions.

The shortage is not acute at private hospitals, some owned by doctors who work in public hospitals, that primarily serve wealthier patients who can afford to pay.

“As a government, we can no longer serve the public,” Kagwe said. “The demand for oxygen has doubled. We want to urge you to return all cylinders to the respective hospitals.”

Kenya has 73 oxygen plants that serve the entire country. The ministry reported the number is not enough to accommodate the need. It called on the private sector to help boost much-needed oxygen production.

“We reaffirm our commitment to stand with Kenyans during these trying times,” Devki Group Chairman Narendra Raval said in a statement.

A joint Senate committee on COVID-19 is investigating at least 10 practitioners in the Ministry of Health suspected of taking oxygen cylinders to their private hospitals. Committee member Sen. Fred Ouda told a local TV station there are “cartels” in the ministry who take the oxygen cylinders to private facilities, leaving public hospitals empty.

The Ministry of Health has been under scrutiny for the past several years for mismanagement of public funds and massive corruption. In 2018, the auditor general reported the ministry was missing $109 million in fiscal year 2015-2016

In 2017, the United States suspended $21 million in aid to Kenya’s health ministry, citing the government’s failure to end massive corruption.

Kenya’s corruption perception is 31/100, and Sub-Saharan Africa had the lowest global average score in the Corruption Perception Index as of 2020, according to data from Statista.

Last September, 45 civil society, non-governmental, community-based organizations, professional bodies, trade unions, and members of the private sector in Kenya wrote an open letter to Kenya’s Ministry of Health and other government agencies “over the persistent corruption in the health sector.”

“There have been numerous reports on corruption cases and lack of transparency in the health sector for a significant period of time (or we could say for almost a decade) …, ” the letter states. “In almost all of these cases, no conclusive investigations have been conducted nor have any prosecutions been undertaken.”