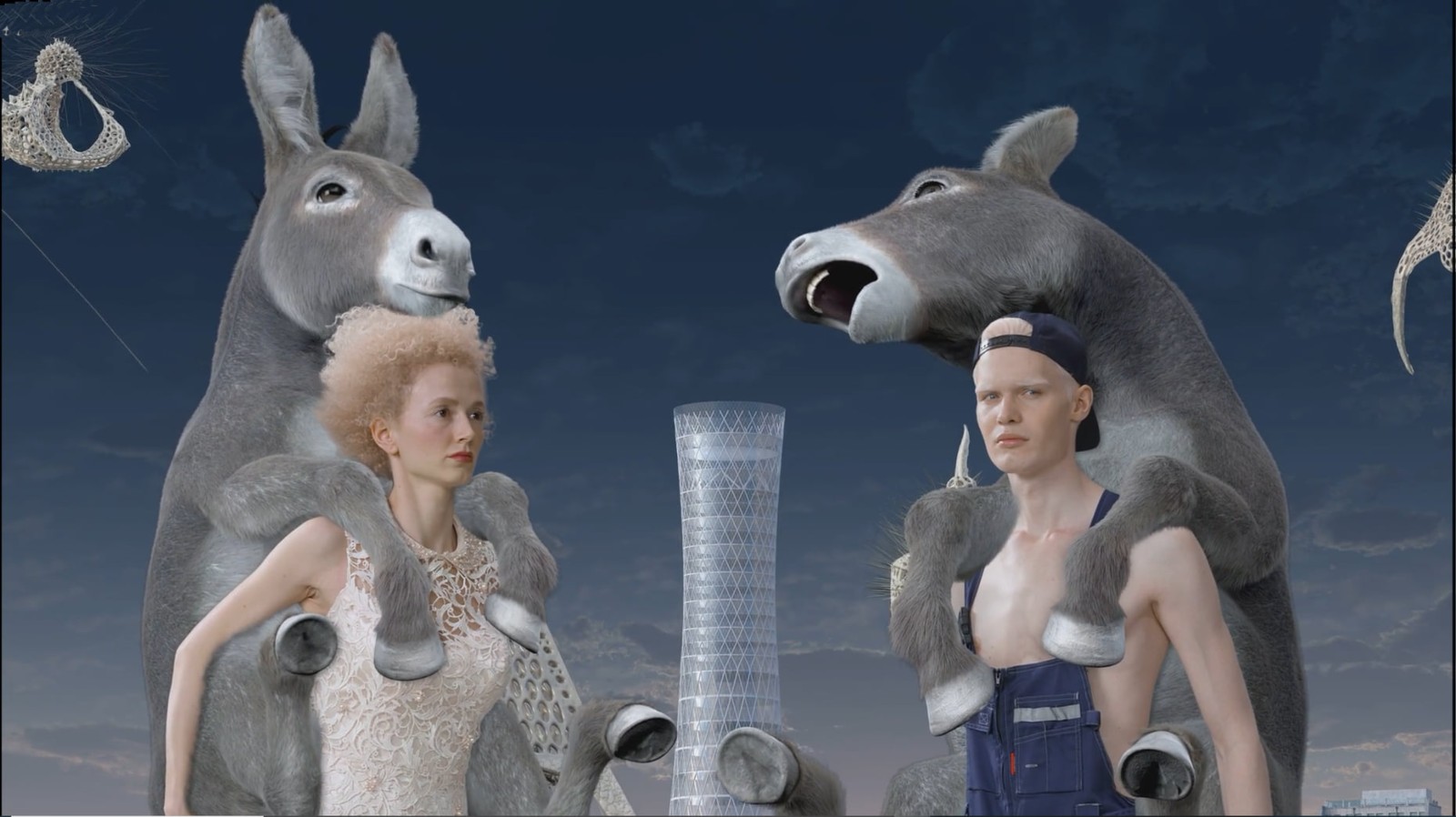 Proving that art transcends borders and geopolitics, the fourth Mediterranean Biennale in Haifa opened April 6 at WIZO Haifa Academy of Design & Education with works by 60 artists and art collectives from 17 countries — including Iran, Afghanistan and Turkey.

The biennale was created in 2010 as a model for multicultural cooperation and dialogue between diverse outlooks held by different communities and groups.

The theme this year is “Living Together — Crossing Borders.”

The artist from Bahrain, Sheikh Rashid Al Khalifa, is a member of the Bahraini royal family. His participation is another benefit of the Abraham Accords between Israel and his native country. A selection of his 3D paintings on aluminum will be on display.

Curated by Belu-Simion Fainaru and Avital Bar-Shay, the Mediterranean Biennale runs through June and offers “an alternative platform on which to discuss issues, such as restoring art to the public; art’s relevance in today’s consumerist society; and art as a bridge between cultures.”

“The pandemic has made it difficult to meet new people, but the dialogue is more important now than ever,” the curators stated.

“The 4th Mediterranean Biennale will serve as a locus that brings people from different cultures, sectors and classes together to interact and work in a place free of prejudice, misconceptions and fear, creating a better reality for us during the Coronavirus crisis. It emphasizes the need for art to be made in touch with people, in collaboration with them, together, as accessible as possible.”