A yearlong operation saved the endangered species, thanks to a specially built ‘GiRaft.’ 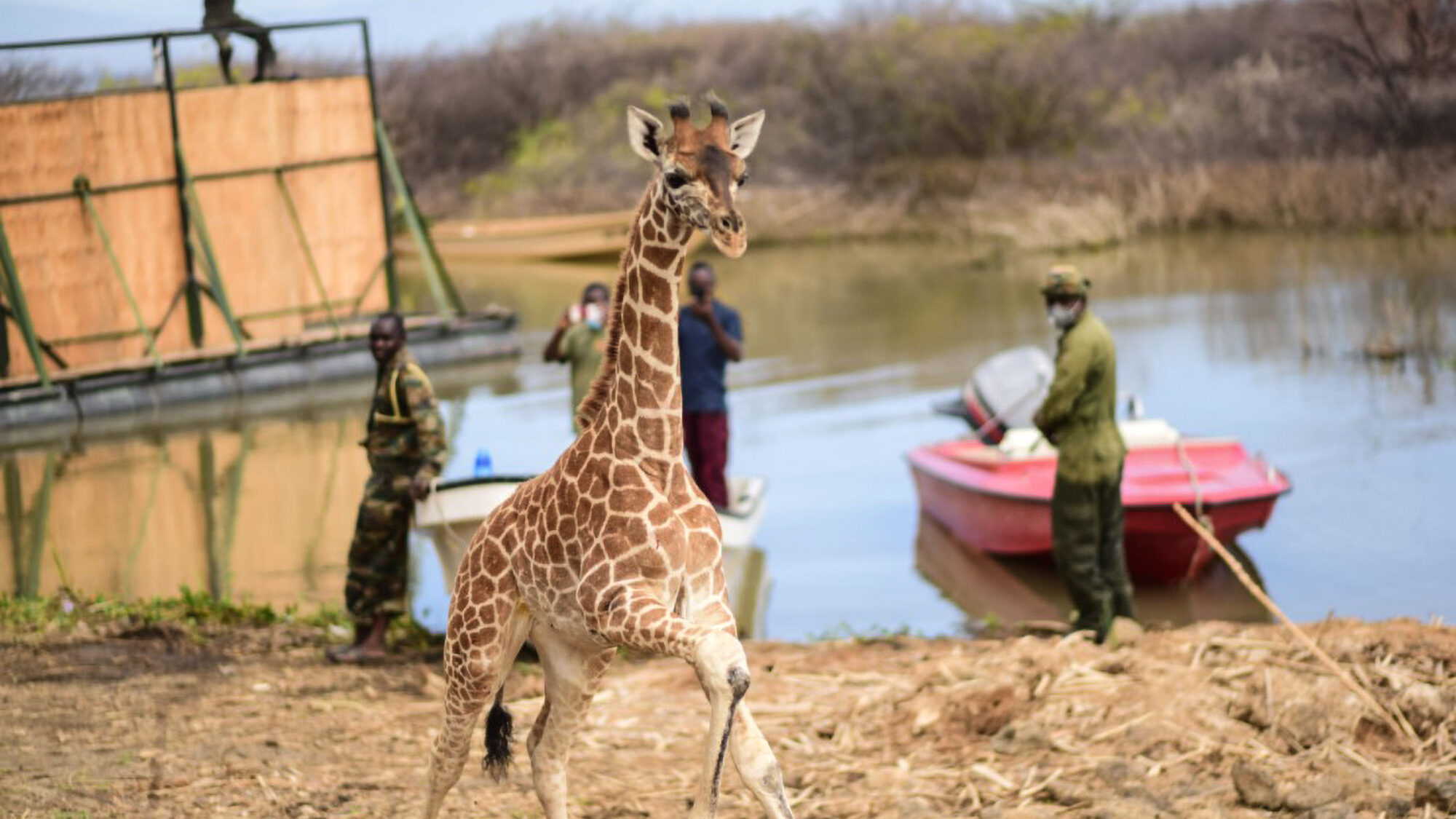 Picture shows the five-month-old giraffe Noelle, who was saved from the flooded Kenyan island, in Kenya. (Northern Rangeland Trust/Real Press)

Nine critically endangered Rothschild’s giraffes have been rescued after they were isolated by heavy rains that turned their home into a sinking island.

Water levels in Lake Baringo in Kenya have been rising for some time, but in 2020, the rate increased — flooding lakeshore homes, businesses and threatening the lives of the small group of Rothschild’s giraffe on Longicharo Island in Ruko Community Conservancy.

Conservationists have worked around the clock for more than a year to save them. Now, the last two, a mother and calf, are the final pair to be rescued from the island.

The rescuers constructed a special steel barge — “The GiRaft” — in order to carry the giraffes to safety a mile away. Now, with the transfer of the calf named Noelle and her mother Ngarikoni, all the animals are safe.

The giraffes have been moved to a 4,400-acre sanctuary on the mainland.

David O’Connor, president of Save Giraffes Now, which works on over 20 giraffe conservation projects in nine African countries, said: “We felt a great sense of urgency to complete this rescue.

“With giraffe undergoing a silent extinction, every one we can protect matters, making this rescue an important step in supporting the survival of this species.”

Park rangers had to lure the animals onto the barge using food they were fed on the island, including pellets, acacia leaves, seed pods and mangos.

Each time a giraffe joined the barge, it was sealed, and they were driven to the 4,400-acre fenced sanctuary within the 44,000-acre Ruko Conservancy.

The towermates (as groups of giraffe are called) are together again and safely exploring the Ruko Conservancy, where they have plenty of food and securty.

Approval to move the giraffes was needed from Kenya Wildlife Service. The first giraffe, named Asiwa, was moved in December without incident.

Rothschild’s (Nubian) giraffe are a dwindling subspecies of the Northern giraffe that once roamed the entire western Rift Valley in Kenya and Uganda. Today, fewer than 3,000 are left in Africa, with only about 800 in Kenya.