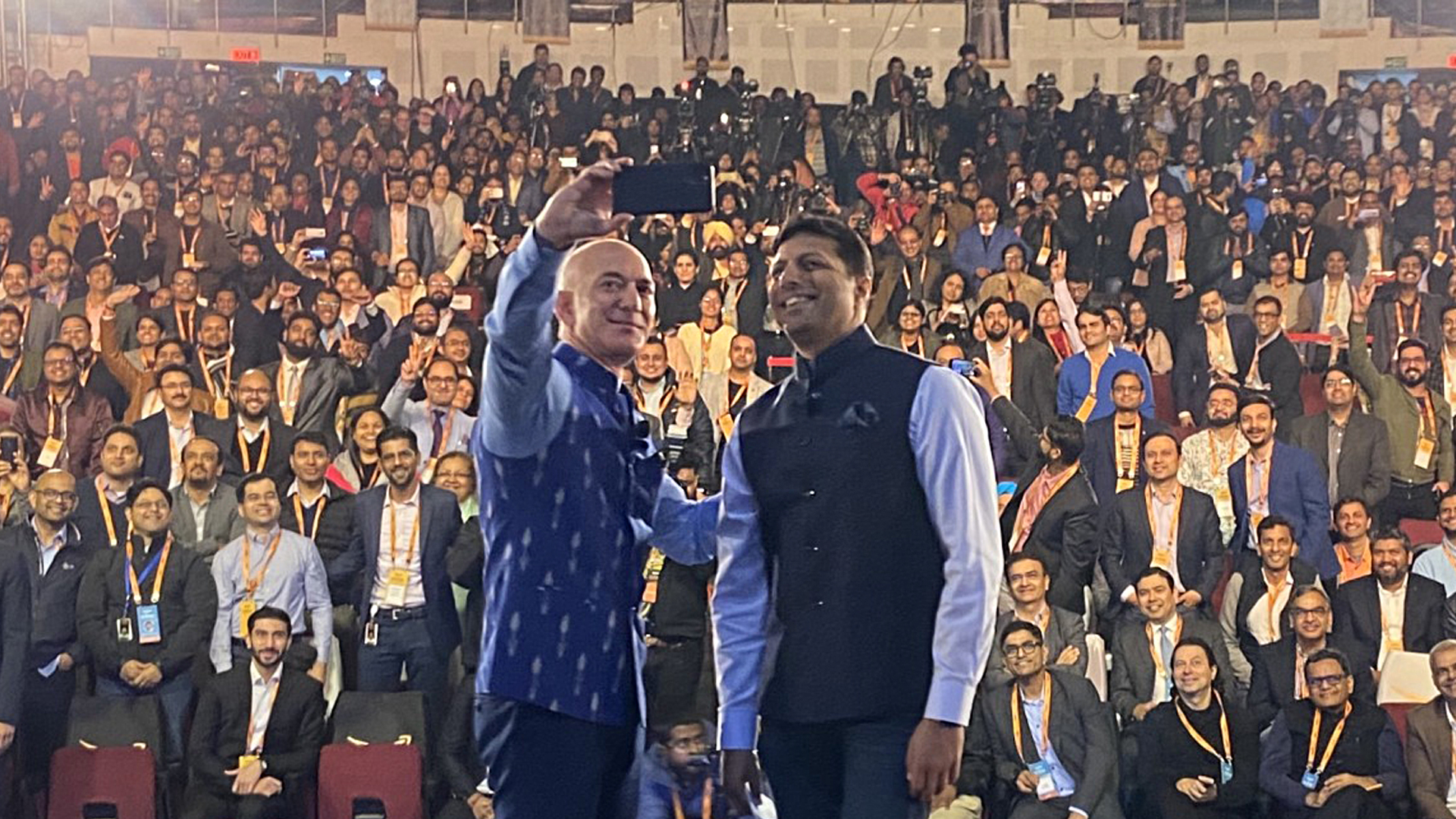 CHENNAI, India — When Amazon India was getting ready to announce a $250-million venture fund to digitize small and medium businesses on April 15, about 600,000 traders were getting together to launch an attack against foreign e-commerce platforms for “exploiting policy loopholes”.

While Amazon’s event ‘Smbhav’ (possible) is a four-day virtual summit and will be on till April 18, the protest event ‘Asmbhav’ (impossible) was a day-long affair.

Some of the retailer groups that put together the agitation were All-India Mobile Retailers Association, All India Online Vendors Association, and Public Response Against Helplessness and Action for Redressal. The sellers’ event was hosted online, too.

“In India, retailers work on thin margins, but e-commerce players give 60-70 percent discounts on mobile phones, and that’s what the government needs to investigate,” Arvinder Khurana, president of the All-India Mobile Retailers Association, told Zenger News.

Amazon and Walmart-owned Flipkart are the two top e-commerce firms in the country, competing in a market that is projected to grow to $200 billion by 2026. Mobile phones are one of the biggest segments, where e-commerce firms compete for “exclusive launches and tie-ups”, as per Khurana.

In India, e-commerce marketplaces are barred from “mandating any seller to sell any product exclusively on its platform only”.

“India is the second biggest hub for exports in the mobile category, almost INR 1 trillion ($13.4 billion) is the turnover of this industry,” Khurana said. “It’s a huge market, and that’s why the bigger focus for e-commerce companies is the mobile category. This Diwali, our industry was badly hit.”

In India, shopping sees a massive surge during Diwali as it is considered auspicious to buy new goods and items. This has translated to huge sales for e-commerce platforms around the same time.

Amazon did not respond to a request for comment on the ‘Asmbhav’ event.

On day 1 of its ‘Smbhav’ event, Amazon India announced plans to bring a million retailers and stores to its platform by 2025.

At the time, too, Bezos’ visit was met with protests in 300 cities by brick-and-mortar retailers alleging the company destroyed the livelihoods of tens of thousands of small businesses. Indian minister for commerce and industry Piyush Goyal had taken a dig at the investment pledge, saying Amazon was not doing India any favors. He later said his comments were taken out of context.

The Competition Commission of India, in January 2020, ordered an investigation into Flipkart and Amazon on allegations surrounding private labels, the exclusive launch of smartphones, and deep discounting. Both Amazon and Flipkart moved the Karnataka High Court to challenge the investigation.

The Enforcement Directorate (ED), India’s law enforcement agency, also began probing Amazon in February to find if it gave preferential treatment to particular sellers. The ED investigation is still on.

“The government is working on a draft e-commerce policy which is expected soon,” the ‘Asmbhav’ event organizers said in a statement. “Small traders, who are the most affected party in the e-commerce market upheaval, are hoping that the government will make enough safeguards and protection in this policy update.”

Last month, India’s new draft policy on e-commerce called for equal treatment of sellers and vendors on e-commerce platforms and asked for transparency on discounts.

Trade bodies in India have consistently called out Amazon and Flipkart for what they claim are predatory practices, deep discounting, preferential treatment to sellers they indirectly have a stake in, and using data to create private labels.

Both firms have denied the allegations.

“There are solutions in the jurisprudence, but are they effective remedies, to begin with, that’s the question we need to ask,” lawyer Chanakya Basa, managing partner at Knock Legal, told Zenger News. Basa was part of a panel discussion on policy loopholes used by e-commerce platforms.

“The e-commerce policy then has to be robust; there has to be interim relief, an ombudsman, and a specified body with fixed timelines and penalties. Exploitation by platforms is very evident today because there’s no enforcement,” Basa said.

Basa said the core of the issue is the business models of the platforms, a centralized model with no transparency on the algorithms and competing with sellers through private labels.

“We are not against e-commerce or Amazon,” Abhay Raj Mishra, president of Public Response Against Helplessness and Action for Redressal, told Zenger News. “We are against malpractices and preferential treatment to certain companies they have a stake in.”

“This is not the first time they have announced investments; they have money. But what’s the point when small and medium sellers are not getting benefited,” Mishra said.

One of the main demands of the protesting traders was the establishment of a strong e-commerce law that holds platforms accountable for lapses and a regulatory watchdog for reparation mechanisms and dispute resolution.

“There is always a watchdog in sizable markets. We need an empowered regulatory body that keeps an eye on the e-commerce market,” Khurana said.

“Lots of industries are dependent on e-commerce players. They show employment, but they don’t show the damage. There’s no reparation mechanism. For everything, sellers approach ministers. E-commerce has complete customer data and is wiping out the competition. Such monopolistic practices are neither helping consumers nor us.”