Popcorn With Zenger: ‘Voyagers’ Desperately Tries To Save A Dying Young Adult Genre

Astronauts on a multigenerational mission descend into paranoia and madness, unable to determine what’s real. 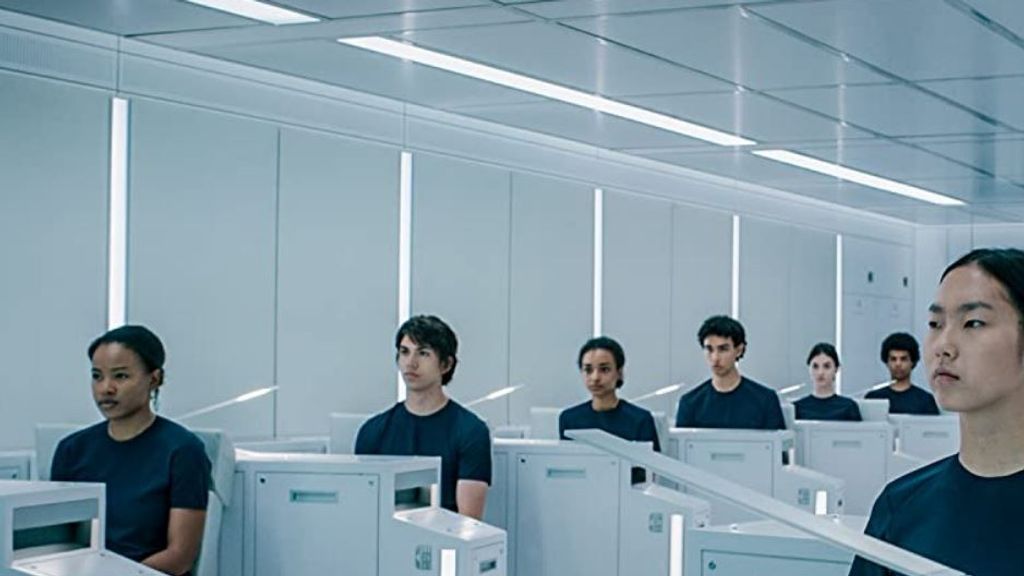 Young adults with suppressed emotions are posited as humanity's only hope of survival in “Voyagers.” (Courtesy of Lionsgate)

Hollywood isn’t giving up on the young-adult fiction genre — it hopes to replicate past successes.

From the early 2000s to the mid-2010s, major studios made lots of money putting young actors in films with mediocre stories attached to romances. Film franchises such as “Twilight,” “Hunger Games” and “Harry Potter” were cash cows targeting a younger demographic.

Since the end of the “Hunger Games” franchise, Hollywood has desperately attempted to revive that YA magic.

The Story: Set in a dystopian future in 2063, the Earth has run out of natural resources and needs to find a new planet for the future of human civilization. A group of scientists decides to send a ship full of children on a journey that will take more than 85 years to complete. The hope is that one day their grandchildren will inhabit the new land and save humanity.

Unfortunately, 85 years is a long time to be stuck on a ship, and the humans turn out to be the biggest threat to the mission’s success. A group of young adults are now on their own, without any direction and no understanding of morality. Battle lines are drawn, and the integrity of an 85-year voyage is on the line as civil war threatens to end humanity’s last hope of survival.

Bright Spots: In many ways, “Voyagers” comes across as a sci-fi take on “Lord Of The Flies.” The plot hinges on a “Battle Royale”-like setting positing a small group of young adults as humanity’s last chance at survival. At its best, the film is a case study of how one destructive force can be the downfall of a peaceful society.

The only two actors who seem experienced enough to carry the film are Tye Sheridan and Fionn Whitehead. Their friends-turned-enemies relationship bears a similarity to X-Men’s Professor X and Magneto. It could have been used as a platform for dueling ideology, if the writing had been smarter. Sadly, the outlook of this film is glass half full as “Voyagers” fails to capitalize on any positivity.

Weak Spots: Neil Burger takes charge of his first project as writer and director since 2008’s “The Lucky Ones,” so the pitfalls in the film’s storytelling rest solely with him. A film that is supposed to be sci-fi first doesn’t satisfy fans of intergalactic world-building. The premise feels nearly identical to the 2016 film “Passenger,” putting regular humans on a path to a new world.

But instead of opting for futuristic concepts, “Voyagers” attempts to point a magnifying glass on the human condition, using children intentionally stripped of their emotions. The kids operate in a semi-sedated state until they voluntarily decide not to have their emotions suppressed. This is where the “Voyagers” begins to feel like a cartoon. Almost instantly, half the kids on the ship turn into super-villains who assault each other physically and sexually, as if morality is a foreign concept.

The film suggests that human nature can lead to an easily controlled and manipulated society, but sidesteps any connections to a greater conspiracy. The actors are so wooden the plot feels more like a convenient tool to mask the shortcomings of their talent, rather than a vehicle to tell a bigger story.

The Takeaway: “Voyagers” suffers not for being a terrible film, but for being an incredibly bland one. The movie had great potential, with an intriguing premise. But it slowly dies on the back of a key character exiting in the first act. The lack of creativity and originality is too much for Burger to overcome.

See or Skip: There simply isn’t enough flash or style to recommend “Voyagers” to anyone looking for a decent sci-fi or psychological thriller.