Bags French honor amid global awakening to women’s voices behind and in front of the cameras. 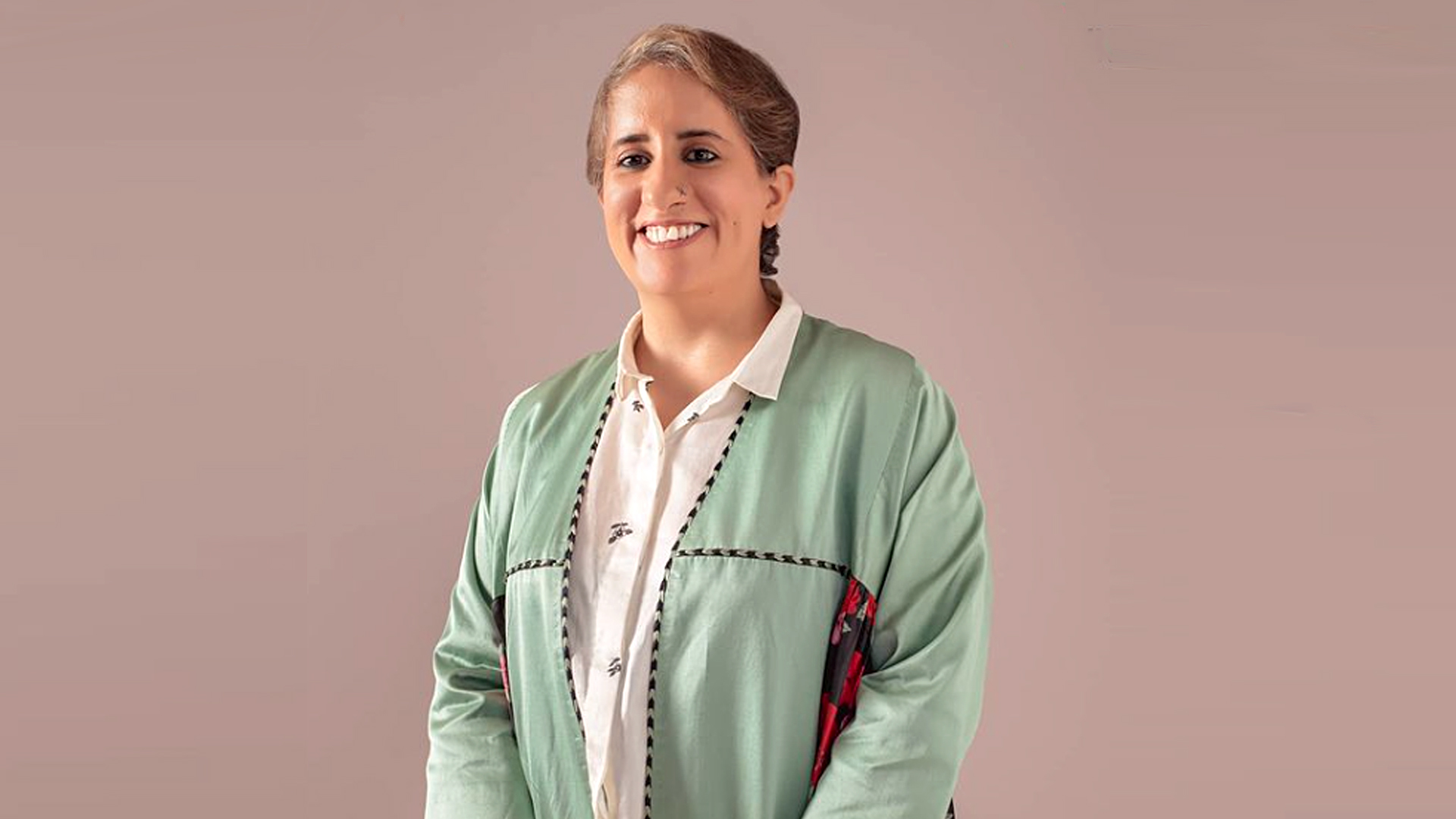 On April 13, Guneet Monga, at 37, became one of the youngest film producers to be conferred the French honor Knight of the Order of Arts and Letters. (guneetmonga/Instagram)

NEW DELHI — In 2018, 82 women climbed the Cannes’ Palais des Festivals’ steps — a striking statement by the French gender parity movement 5050×2020 against inequality in the movie industry.

That image remains entrenched in the mind of Indian film producer Guneet Monga. On April 13, Monga, at 37, became one of the youngest film producers to be conferred the French honor Knight of the Order of Arts and Letters (Chevalier dans I’Ordre des Arts et des Lettres) for her contribution to world cinema and her efforts towards women empowerment through her recently founded cinema collective Indian Women Rising.

“It feels like life has come a full circle, and there’s so much to be grateful for,” Monga told Zenger News, reflecting on her journey from an intern on the set of French-Indian-German co-production “Valley Of Flowers” to a producer associated with Oscar-winning, globally lauded projects that have redefined the way the world looks at Indian cinema, and women filmmakers.

“I believe in ‘you shine, I shine’,” said Monga. “The more each one of us grows, the more it makes people come up and stand together in force. I’m excited that so many amazing women filmmakers of all age groups are now making movies.”

“That is the need of the hour which will change the status quo. I want to do my bit for gender equality. And, this French honor has empowered me to do that.”

Earlier this year, Monga joined forces with Ekta Kapoor, a producer across all formats, writer-director Tahira Kashyap Khurrana, and Ruchikaa Kapoor Sheikh, a creative producer with a deep understanding of marketing, to form Indian Women Rising.

The initiative brings films by independent female creators to the attention of mainstream media, audience, and buyers by providing sales, marketing, and distribution support — in India and global markets.

“Less than 5-7 percent of women directors in India was so against any equality. So, we came together to discover and amplify women’s voices. Hopefully, in this decade, we’ll have far more equality,” said the founder of production and distribution firm Sikhya Entertainment.

Hollywood filmmaker Ava DuVernay, who created a production crew including over 50 percent women, and 18 female department heads, for her show “Cherish The Day”, inspires her.

Over the years, Monga has emerged as a disruptor in the global film ecosystem step-by-step, building connections, cracking international co-production deals, and pushing the visibility of Indian movies at international film festival circuits, markets, and award galas.

One of her breakout films was the 2013 Ritesh Batra directorial “The Lunchbox”, starring Irrfan Khan and Nimrat Kaur.

“Gangs of Wasseypur”, “Peddlers”, “Monsoon Shootout”, “That Girl In Yellow Boots”, and “Zubaan” showcased at film jamborees such as Cannes, Busan, and Venice are some projects that have shaped up her profile as a producer of a new wave of cinema.

“Kavi”, an anti-slavery film that she produced, competed for the best live-action short film at the 2010 Oscars. In 2019, she was back at the Oscars as executive producer of “Period. End of Sentence.”, which won the best documentary short subject.

This year, Monga, through Indian Women Rising, put her might behind Karishma Dev Dube’s “Bittu”, one of the top 10 projects shortlisted for best live-action short film at the 93rd Academy Awards, apart from shepherding the campaign for “Jallikattu”, India’s official entry for the Academy Awards’ international feature category.

“My curiosity has led me to where things are culminating into,” said Monga, who enjoys “breaking the molds”.

Despite India’s dismal performance in the report, the country is not new to women filmmakers.

Film historian S.M.M. Ausaja jogged his memory to share that the late actor Fatma Begum was the Indian film industry’s first female director and studio owner in the 1920s.

In the past two decades, the country has seen women rise in prominent roles behind the cameras and drive a change in women’s representation on screen.

But it’s not a story of India alone. There has been an uprising about gender parity in the global film industry and movie galas, especially in the post #MeToo phase.

For the first time in the 77-year history of the Golden Globe Awards, this year, more than one woman was nominated in the best director category: Regina King (“One Night In Miami”), Chloé Zhao (“Nomadland”), and Emerald Fennell (“Promising Young Woman”).

Indian filmmaker Leena Yadav, one of the six women directors behind the Hollywood anthology “Women Stories”, which stars Cara Delevingne and Eva Longoria, said the awakening towards women filmmakers has been happening for a while. She believes every initiative such as “Women Stories”, where women from different parts of the world are getting to narrate their tales, keeps adding to that.

“In India, the number of women filmmakers and technicians are not exploding, but increasing quite impressively,” Yadav told Zenger News.

She said she never paid heed to those who refused to work with her in the early years over doubts about her ability to handle the technical know-how on a set.

While Meryl Streep, Cate Blanchett, Jane Campion, and DuVernay were using public platforms to talk about the dearth of women directors in Hollywood, the chatter about it wasn’t as loud in India until recently.

Nandita Dutta’s book “F-rated: Being a Woman Filmmaker in India” gives a peek into the personal and professional journeys of 11 Indian women directors.

While researching, two things hit Dutta hard about their tribe; the mundane but real challenge of managing motherhood with filmmaking and how people have accepted it as commonsense that men’s stories fit universal consumption while women’s stories belong to a separate category labeled as women-oriented films.

“We have to challenge this in the way we create and consume content,” Dutta said.

“The moment you get that tag, there are certain kinds of subjects that are expected,” Chatterjee told Zenger News, recounting how when her “Island City” director Ruchika Oberoi was pitching scripts, she was asked to make kids content instead.

In the West, filmmakers such as Patty Jenkins, Kathryn Bigelow, Greta Gerwig, Sofia Coppola, apart from Lulu Wang and Zhao, have broken barriers.

Director Karishma Dev Dube was a couple of years junior to Zhao, who recently won the best director BAFTA and Golden Globe Award for “Nomadland” at the New York University’s Tisch School of the Arts Graduate Film program. And she finds her career graph inspiring.

“Now she is doing a Marvel film (‘Eternals’),” Dube told Zenger News. “She works with the community and non-actors, and I don’t think she waited for anyone to give her permission to do films. She shot with a small crew and has won or been nominated for [almost] every award.”

“I guess most women filmmakers are doing the same thing. They have stopped looking out for permission. Those who are in a position to support come and help. And then others are pursuing their filmmaking dreams even without looking for the most traditional avenues of support,” Dube said.

Is there something different that women bring to the table as directors?

Considering her recent production “Pagglait” — a tale about a woman’s self-discovery — was written and directed by a male filmmaker, she noted that she’s all for “feminist men” because, at the end of the day, it boils down to championing equality.

Hussain told Zenger News that his upbringing and personal evolution have never made him look at any of them as “women filmmakers” per se. But, he finds that women are “way more gentle, generous, empathetic, tolerant and appreciative of the beauty of life”, which organically lends a more human lens to life itself on the big screen.