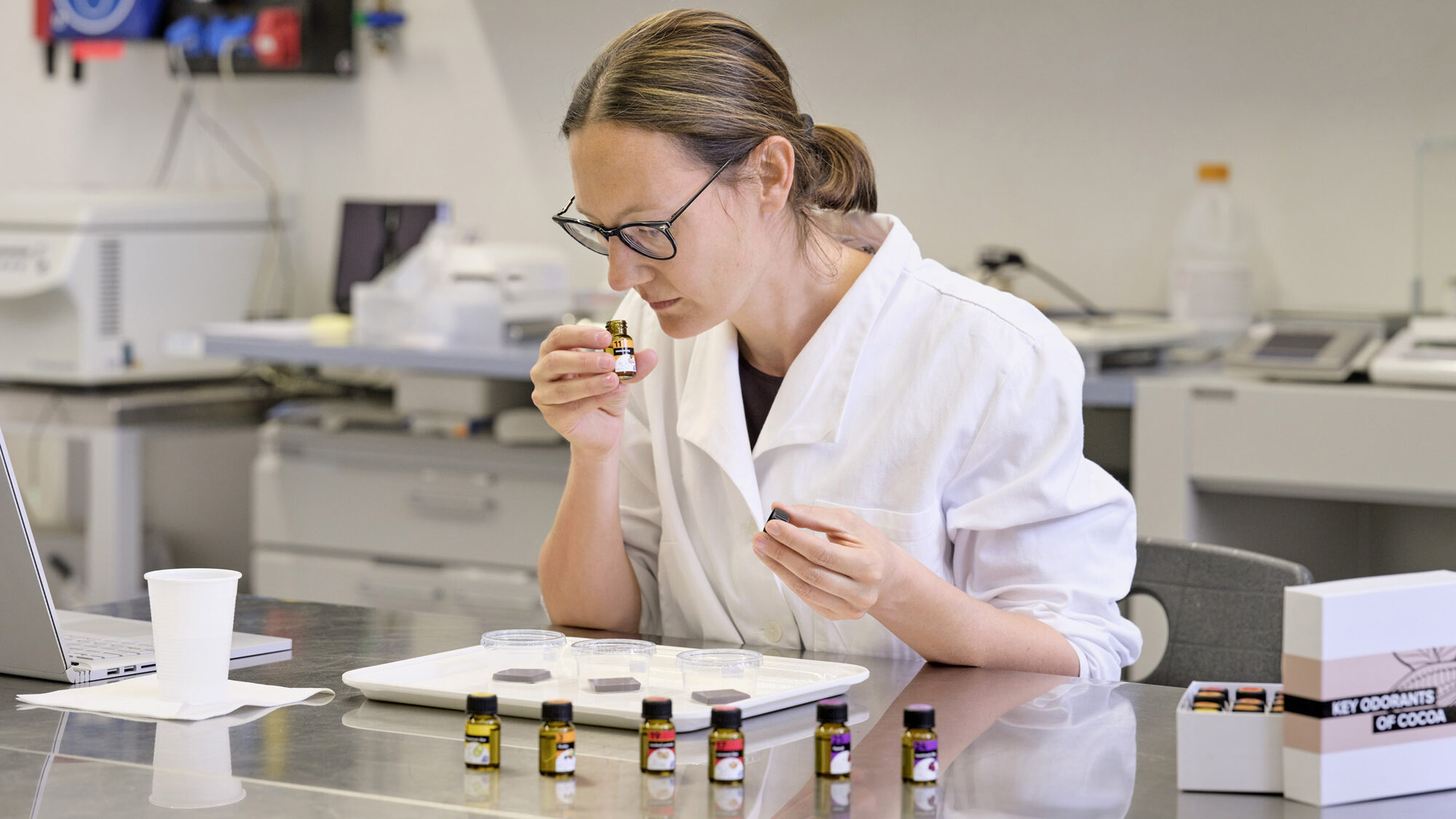 Karin Chatelain from the ZHAW Institute of Food and Beverage Innovation in Wadenswil municipality in Switzerland uses the Aroma kit she helped develop before. (ZHAW/Real Press)

Swiss scientists have broken down the aromas of cocoa and chocolate and identified poo as one of the major scents.

Researchers Karin Chatelain and Irene Chetschik from the ZHAW Institute of Food and Beverage Innovation in Wadenswil created an aroma kit with the key components of chocolate and cocoa.

Inspired by oenological training kits (the science of wine making) used to help sommeliers (wine stewards) polish their senses, the two researchers developed the kit by identifying and classifying key smells and flavors of cocoa and chocolate.

Twenty-five key components, such as cinnamon, smoke, boiled potatoes and — surprisingly feces — were isolated and found their place in the sensory kit.

The experiment included processing cocoa (Theobroma cacao) and evaluating flavors and scents through various stages of development, from harvest to roasting and conching.

Then the scientists used a Gas-Chromatography-Olfactometry (GC-O) method that combines information about chemical characterization and odor perception.

Expert accounts and relevant literature were also used for comparison.

“With the new aroma kit, we wanted to contribute to a better understanding of the sensory quality of cocoa and chocolate and share our findings,” Chatelain said.

The flavor composition of chocolate is influenced by the origins of the cocoa fruit and by subsequent biochemical and thermal processing technologies.

In general, over 500 volatile compounds have been identified so far in cocoa and chocolate. However, only a few contribute significantly to the characteristic chocolate aroma.

“Interestingly, there is not a single compound that smells like cocoa; rather, the interplay of several chemical compounds is what creates the cocoa aroma,” said Chetschik.