Musician was so enthralled by the experience, he wants to obtain a paragliding license. 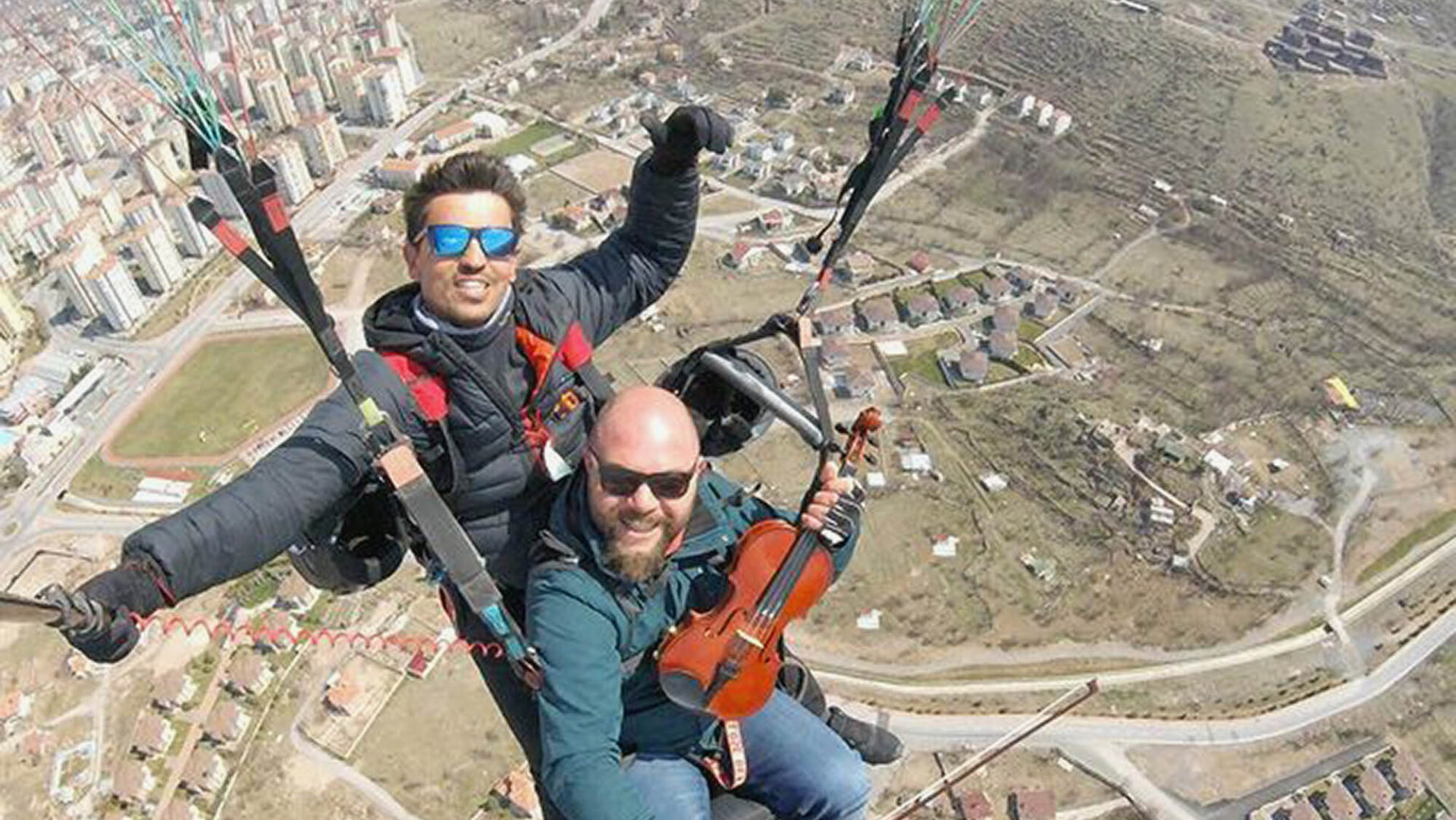 Fikret Eren, a violin teacher, has a dream come true as he paraglides with his friend, professional paraglider Semih Er, over Kayseri, Turkey. Eren played his violin to soothe his nerves on his first flight. (Semih Er/Real Press)

A violinist who was scared about paragliding for the first time found an unusual way to steady his nerves.

He took his instrument with him.

Fikret Eren, a violin teacher, told his childhood friend Semih Er that he was jealous of his status as a professional paraglider since he had always dreamed of flying.

Er, who has been paragliding professionally for eight years, suggested Eren try it. He told him he just needed something to distract him from the fear. That’s when Eren decided to take the violin with him.

He admits he was scared at first, but found courage when his friend offered to accompany him. Plus, Eren loved the idea of playing the violin above the mountains.

The two friends staged the stunt over the Turkish province of Kayseri on April 3.

In the images sent by Er, Eren is seen playing the violin while paragliding above the mountains.

“Fikret admitted afterwards that his fear of flying had simply evaporated, and he regretted not paragliding until today. He is even enrolled now in our course to obtain a paragliding license,” Er said. “We had a very interesting flight.”

“I have been doing this for eight years. I’ve made more than 3,000 flights.” But he said it was not every day that he flew with a violinist, thought there have been other unusual episodes.

“There were people who shaved while paragliding. People had a picnic in the sky. I even paraglided with people who took their pets with them. I am happy to introduce people to the sky because this happiness is not something you can buy with money. It is a very different experience.”