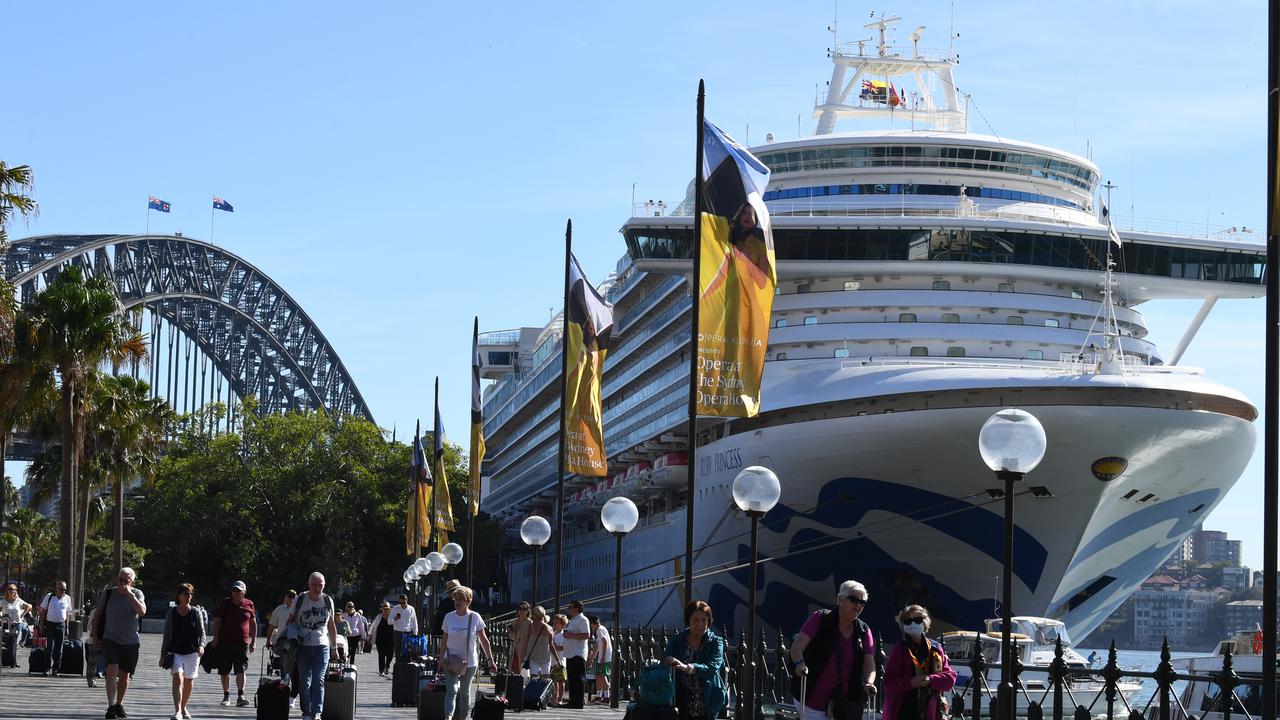 The Ruby Princess debacle has made governments nervous about restarting the cruise industry. (Dean Lewins/AAP Image)

CANBERRA, Australia — The cruise ship operators in Australia wish to run for local trips to New Zealand before extending their operations into the Pacific after the trans-Tasman bubble’s announcement.

However, as per David Beirman, the tourism expert, the industry still doesn’t know if or when any cruises will restart. He was part of a meeting last week between the tourism industry and the Australian government to discuss the resumption of cruise trips.

“Governments around Australia have been very nervous about getting cruise ships going again because of the Ruby Princess,” Beirman said. “It’s been just over a year since the ship disembarked thousands of passengers at Circular Quay in March 2020, sparking the biggest Covid-19 outbreak in the country at the time.”

In that same month, the entire global cruise ship industry decided to suspend its operations.

Federal authorities also banned international cruise ships from operating in Australia, and the restrictions were recently extended until mid-June.

But there are some exemptions for locally flagged smaller ships carrying less than 100 people, such as Cairns operator Coral Expeditions – one of the few Australian ships still allowed to operate.

“Covid-19 bans had already cost the Australian and New Zealand economies more than AUD 5 billion ($3.8 billion) and jeopardized an estimated 25,000 jobs,” a spokesman for the Cruise Lines International Association said. “The industry welcomed the travel bubble with New Zealand.”

“However, the trans-Tasman bubble highlights the lack of progress being made towards a responsible resumption of local cruise operations,” he said in a statement.

The association claims it’s developed global Covid-19 restrictions so that all guests and crew must return a negative test before embarking. Extensive quarantine, sanitation, and health monitoring protocols are also promised.

Beirman claims these restrictions are the most stringent in the Australian tourism sector – but that could prove a problem for the many travelers keen to return to cruising holidays.

“While all the comforts will still be there, the social part will still be heavily restricted,’ he said. “But you don’t have a cruise ship called ‘the hate boat’ or the ‘I won’t talk to your boat’.”

Federal restrictions and customer expectations aren’t the only problems facing the beleaguered industry.

Each Australian state has jurisdiction over its waters, and even when cruises are allowed to restart, they could be subject to sudden Covid-19 restrictions imposed by state governments.

“With the biggest cruise ships worth billions of dollars, the industry has a lot at stake,” Beirman said. “They must be really in pain at the moment, and they went literally from boom to bust in the space of a few months.”

The cruise ship industry contributed more than AUD 154 billion ($119 billion) to the global economy in 2019.