The National Rugby League player and his friend have been accused of raping a 19-year-old woman they met at a bar.
By Luke Costin April 16, 2021
Facebook
Twitter
Linkedin
Email 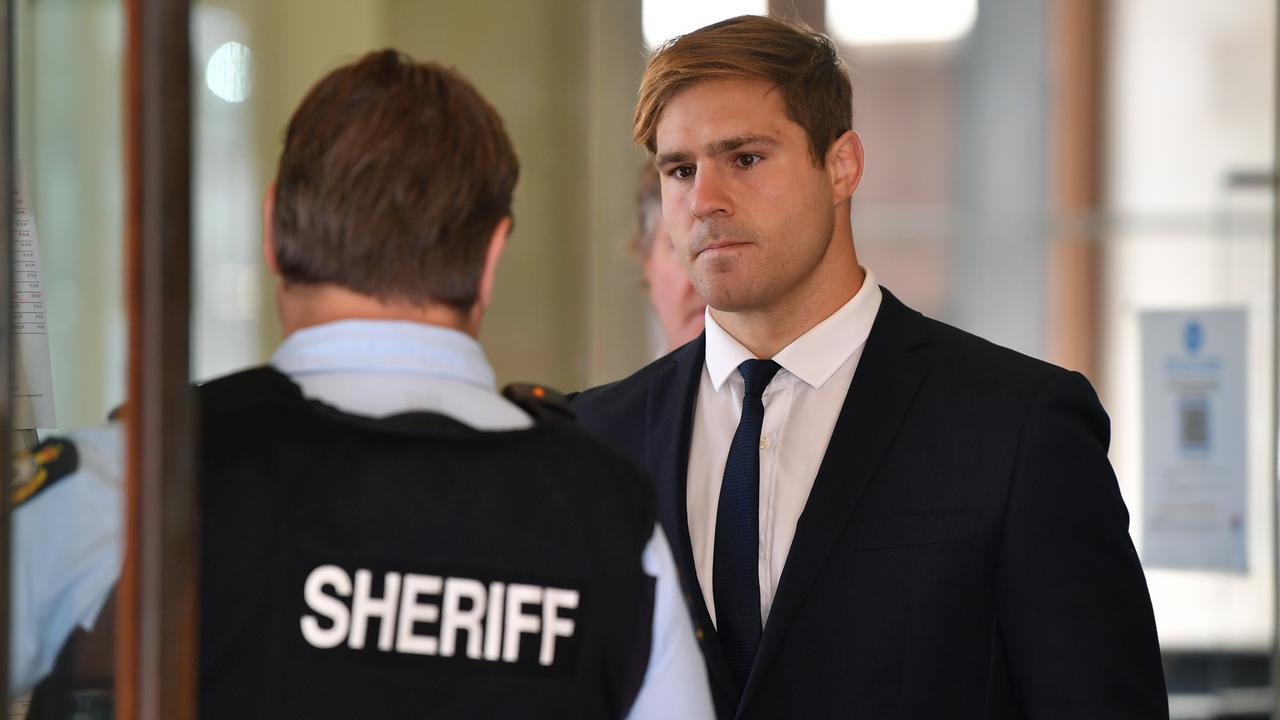 Rugby league player Jack de Belin is facing a retrial over allegations he raped a teenager in 2018. (Joel Carrett/AAP Image)

SYDNEY — It would have been clear to Australian National Rugby League player Jack de Belin and his male friend Callan Sinclair that a 19-year-old woman was not consenting to sex, a retrial of the men has heard.

De Belin, 30, and Sinclair, 23, have pleaded not guilty to five charges of aggravated sexual assault in an apartment after meeting the teenager on a Wollongong dance floor in December 2018.

“De Belin was, having got the complainant back to the unit, determined to have sex with her … and was not going to take no for an answer,” David Scully, the crown prosecutor informed the jury on April 14.

Both men had been hoping for consensual sex with the young woman, but there had been a “fundamental disconnect” between their wants and hers.

“De Belin started to take sex by force, and Sinclair saw that and decided to join in,” Scully said.

The Sydney jury, impaneled on April 14, has been informed it will hear recordings of evidence given in the first trial, which did not conclude.

The woman met the men on the dance floor of Wollongong bar Crown, having already known Sinclair from a sports team years earlier.

CCTV footage from the night in question would show “a lot of dancing”, de Belin and the woman embracing on the dance floor and her kissing Sinclair in the bar.

“The kiss was not, on the crown case, a passionate one — it was a fun kiss, and they laughed about it afterward,” Scully said.

When leaving the bar, the woman had been under the impression the three were headed to the nearby Fever Nightclub.

But the St George Illawarra player led them to a taxi rank, confusing the woman, who was informed by the footballer “it would be faster”, to which Sinclair added to not be a “wuss”.

“She trusted the accused,” Scully said.

She was instead taken to the unit, which she entered to use the bathroom.

While there, de Belin undid her top, pushed her onto the bed, and said, “show me your rack”, the Crown alleged.

When she said “no” and “stop” to that and a further request from Sinclair, the footballer forced himself on her.

The Crown anticipates the main issue in the trial will be whether the woman had consented.

The jury is due to hear recorded phone calls and messages involving Sinclair and de Belin, in which the men say the 19-year-old consented.

Each man’s lawyers are due to make an open statement later on April 14.

The trial is expected to finish within three weeks, but the jury has been asked to remain available until May 7.