Dolores Huerta, a Latino icon and activist, will also be part of the event. 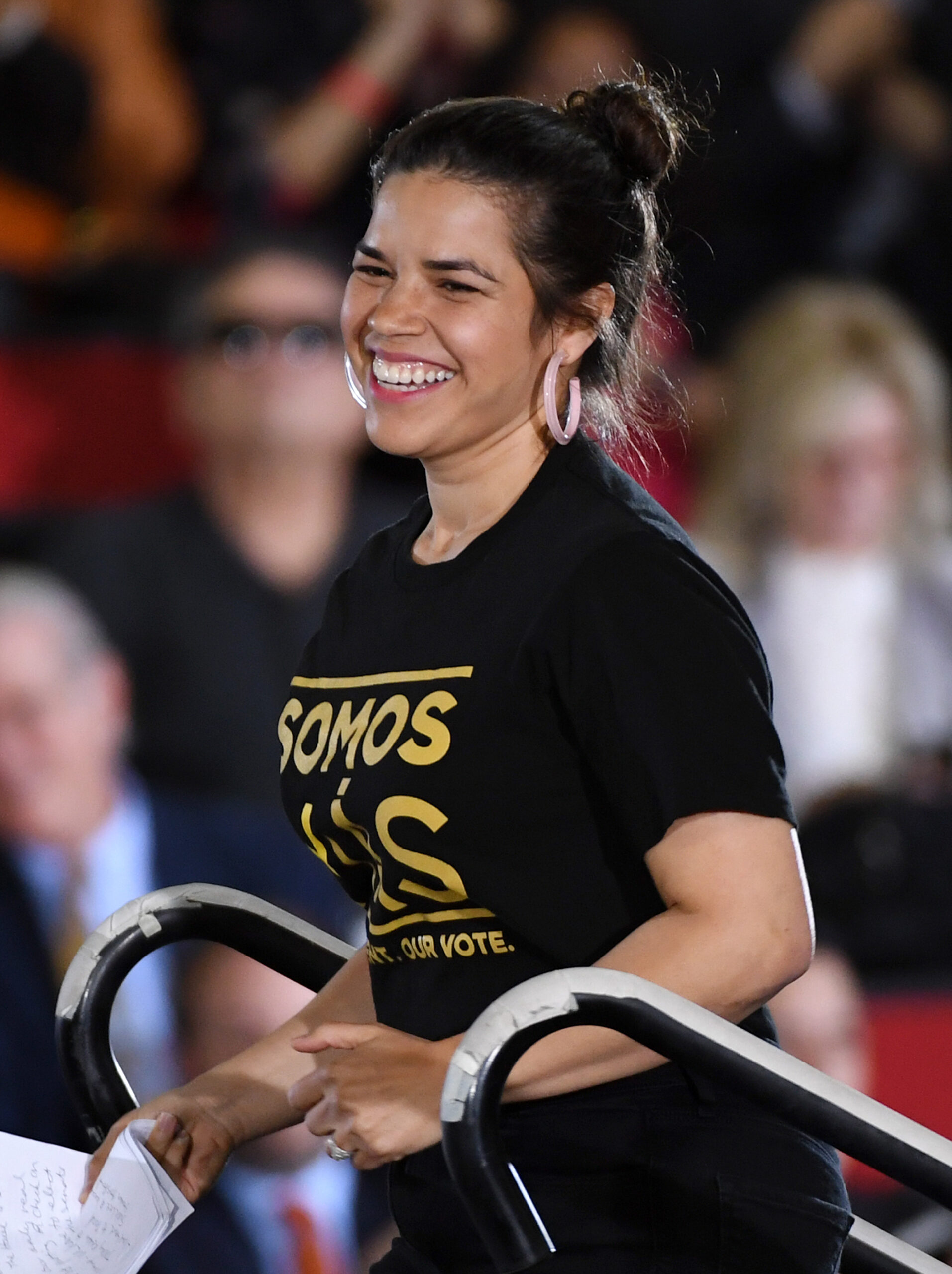 Ferrera is a Golden Globe-winning actress who has worked as producer and executive director of Latino-themed projects. (Ethan Miller/Getty Images)

Dubbed as a “virtual gathering of Latina influencers, celebrities, community leaders [and] entrepreneurs” in the United States, the event will cover leadership, power, equality and entertainment. It will also feature success stories and hold an awards ceremony.

An ‘angel’ takes off

Alba is a Golden-Globe nominated actress and the founder of a multibillion dollar company.

Her breakout role was the lead in the sci-fi superhero series “Dark Angel,” directed by Oscar-winning “Titanic” director James Cameron. This role earned her a Globe nod, an award handed out by the Hollywood Foreign Press Association.

Her movie credits also include Robert Rodriguez’s drama “Sin City,” the rom-com “Valentine’s Day,” the thriller “The Killer Inside Me,” the children’s action film “Spy Kids 4-D: All the Time in the World” and the superhero franchise “Fantastic Four.” More recently, she starred in the police comedy-drama “LA’s Finest,” which she co-produced.

The actress has also banked on her fame to go into business.

She co-founded The Honest Company in 2012. It specializes in household goods, diapers and body-care products and is now reportedly valued at about $2 billion. Alba has also been involved in activism encouraging youths to vote and supporting causes such as safe chemicals and same-sex marriage, children’s education in Africa and the nonprofits Habitat for Humanity and the National Center for Missing and Exploited Children.

Ferrera is a Golden-Globe-winning actress who, in recent years, has become a producer and executive director of projects that are either Latino-themed or have main characters who are Latinos. Her feature film debut was as the lead in the award-winning drama “Real Women Have Curves,” written by Josefina Lopez. It was also her breakout role in 2002 at Sundance, where she won the Special Jury Prize for Best Actress.

Ferrera’s TV breakthrough role was in “Ugly Betty.” The Salma Hayek-exec directed TV series won Ferrera three coveted prizes for best actress: a Golden Globe, a Screen Actors Guild Award and an Emmy — the first Latina to earn the honor in that category.

After “Ugly Betty,” she starred in the independent limited series “Christine” and had a recurring role in the legal drama “The Good Wife.” She also voiced Astrid Hofferson in the DreamWorks Animation franchise “How to Train Your Dragon,” including the feature films, shorts and TV series.

Her film credits also include “Cesar Chavez,” in which she plays Helen Chavez, the farmworker and labor leader’s wife, and the two “The Sisterhood of the Traveling Pants” films.

Ferrera doubled as executive producer and director for two recent series, NBC’s “Superstore,” in which she also stars as Amy Sosa, and Netflix’s “Gentefied,” a drama about gentrification in East Los Angeles — in which she appeared in one episode.

As an activist, Ferrera has supported getting out the Latino vote, immigration advocacy and women’s rights. She was the opening speaker at the 2017 Women’s March on Washington.

The event will also feature prominent Latina leaders like Dolores Huerta, co-founder of United Farm Workers and head of the Dolores Huerta Foundation, and Janet Murguia, president of UnidosUS, the Hispanic advocacy organization formerly known as the National Council of La Raza.

Other women participating in the event are Univision anchor Yarel Ramos and the up-and-coming singer Mariah Angeliq.

#LatinasRepresent is a free event. To register, click here.