Indian Army projects to save up to $372 million from the Military Farms Services’ closure. 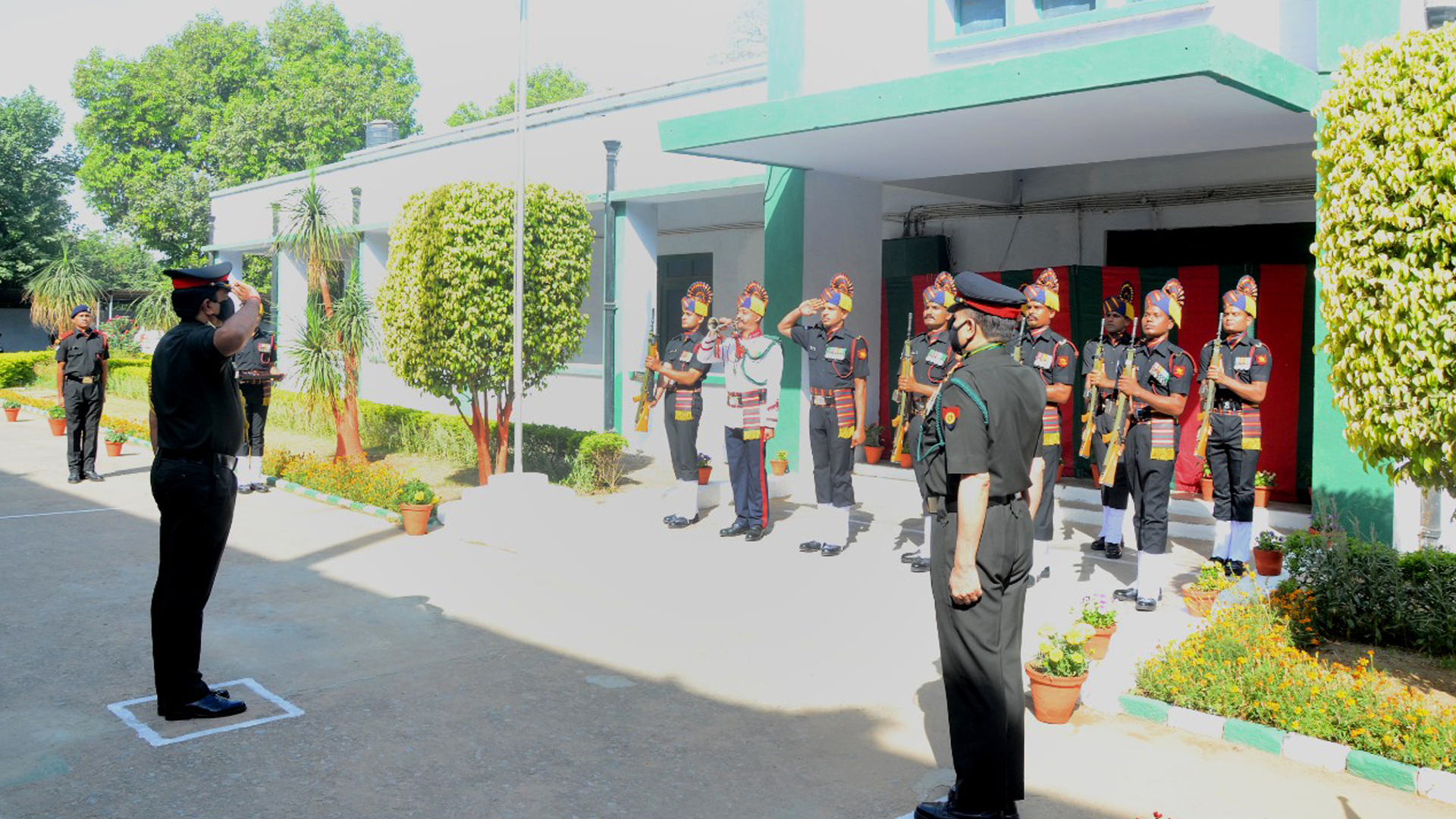 After 132 years of glorious service, curtains were drawn on Military Farms Services on March 31, 2021. (@adgpi/Twitter)

KOLKATA, India — India has managed to clear up some 20,000 acres of prime defense land by putting some high-yielding cattle on fire sale. The Indian Army projects to save up to INR 280 crores ($372 million) from the Military Farms Services’ closure.

With the closure, another British era practice has come to an end. The first such military farm in India was set up in 1889 in Allahabad, in the central state of Uttar Pradesh, by the British to ensure its army got fresh, hygienic milk and butter. Another major task was managing large tracts of defense land, production, and supply of Baled Hay to animal holding units.

After the Britishers left the country, the Indian Army continued the practice. At one time, around 130 military farms flourished in the country with around 30,000 heads of cattle. Such farms also made their way to the mountainous regions of Leh and Kargil in the late 1990s.

“The Army should not have any business with producing milk,” Balbir Singh (retired), who looked after supplies (including for milk to different regiments) and transportation of the Indian Army, told Zenger News. He retired as a Director-General.

“The closure of farms will leave a positive impact.”

“The resources, in terms of land, infrastructure, and the money involved, can be used elsewhere. India’s milk federations are doing a better job. It [procurement] will be much cheaper and of better quality.”

In a tweet, the Indian Army said: “After 132 years of glorious service to the nation, curtains were drawn on Military Farms on March 31.” It said that all officers and staff had been redeployed within the defense ministry.

India is the world’s largest milk producer, with 22 percent of global production, according to FAO. And, these military farms had a fair share in pushing the country towards this milestone.

“The dairy development in the organized sector in the country is attributed to Military Farms,” according to the Indian Army. 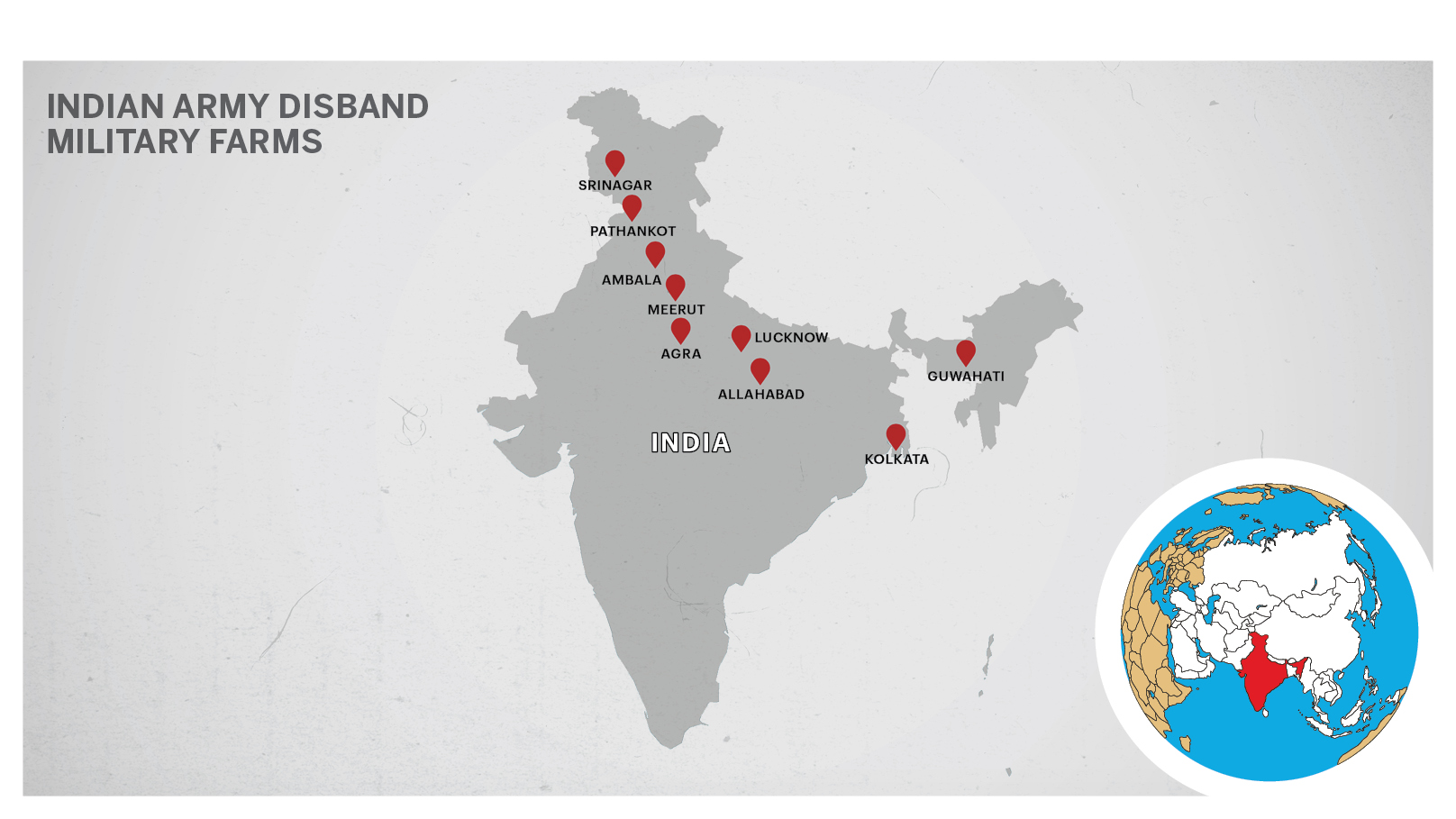 In the 1920s, the Military Farms — once holding the largest cattle in the country, as per the Indian Council for Agricultural Research — shifted its focus from just producing milk to increasing the production through artificial insemination of cows.

They collaborated with India’s Ministry of Agriculture and the Indian Council for Agricultural Research and Project Frieswal — one of the most extensive cross-cattle breeding programs of the world — was born. They also teamed up with India’s Defence Research and Development Organisation in the development of bio-fuel.

“The main aim of the project was to develop cattle to produce more milk by cross-breeding two different species that would suit the tropical climate in India,” Abhijit Mitra, director of Central Institute for Research on Cattle, Indian Council of Agricultural Research, told Zenger News.

“India lacked cows that would produce sufficient milk. Hence, the semen of the Dutch breed — Holstein Friesian — was used with the Indian breed — Sahiwal — for better milk productivity.”

India’s agriculture and defense ministries signed a memorandum of understanding regarding the Frieswal project in 1991.

“Gene mapping, semen freezing, and planned breeding were some other areas in which research for the project was undertaken,” Mitra told Zenger News.

Mitra says all the cows and bulls in the Military Farms brought under this project were divided into two parts.

“We took the bulls to extract semen,” Mitra said about the project has been dismissed now. “After that, they were given back to the Military Farms to be used on cows present there. We used to select the calves based on the milk produced by their mother. From one bull, approximately 1,000 calves were inseminated. Every two years, this procedure was followed, and the milk production went up dramatically.”

But the need for military farms started waning around the 1970s.

“After Operation Flood, there was no reason for the military to do dairy farming,” said Balbir to Zenger News.

Operation Flood was the world’s largest dairy development program that took India from being a milk deficient country to the world’s largest milk producer. The operation, also known as White Revolution, formed a national milk grid, linking producers with consumers in more than 700 cities and towns.

Balbir says the Army wanted to restructure and reorganize the set-up for a long time.

In June 2013, the Quarter Master General’s branch of the Army Headquarters, which looked after the Military Farms, issued a notification to shut down the farms in a phased manner.

A 2016 report on the reorganization of different branches of the Indian Army by a committee headed by retired Lieutenant General D.B. Shekatkar recommended the closing of the Military Farms.

In August 2017, the Defence Ministry had announced a series of reform measures for the Indian Army, which included shutting down certain logistical and static elements such as Military Farms and local workshops.

In 2018, the defense ministry directed the Chief of Army Staff to sell the cattle to central or state dairy departments at INR 1,000 ($13) per animal. There were 39 farms that hosted 25,000 cattle when the decision of its closure was made.

The usual price for Holstein Friesian bull depends upon the breed. It ranges from 30,000-75,000 in India.

Balbir says the disposal of the cattle was the only issue that delayed the closure of the farms, and reallocation of the defense land to other sectors in the Army will be done soon.

While most of the staff working in the Military Farms were civilians, the permanent ones have been transferred to other departments of the ministry. “The permanent staff can now be relocated and will be used for the security of the nation. As per the civilians are concerned, the ministry will take care of them.”

“The sole purpose for raising these Military Farms was to have assured supply of hygienic milk to the troops,” retired Lieutenant General Gurmit Singh told Zenger News. He says he once got the task to check one of the military farms on whether everything was running properly.

“Military Farms are not at all required in the current dynamics of warfare.” Gurmit believes the Army can now shift the focus to the new logistics and operational management.

Saying the Military Farms had outlived its utility, and the retired Lieutenant General says India should now solely focus on modernization to cope with future warfare challenges.