Director General of Health has repeated his pledge to vaccinate every eligible Kiwi for Covid-19 this year if they want the jab. 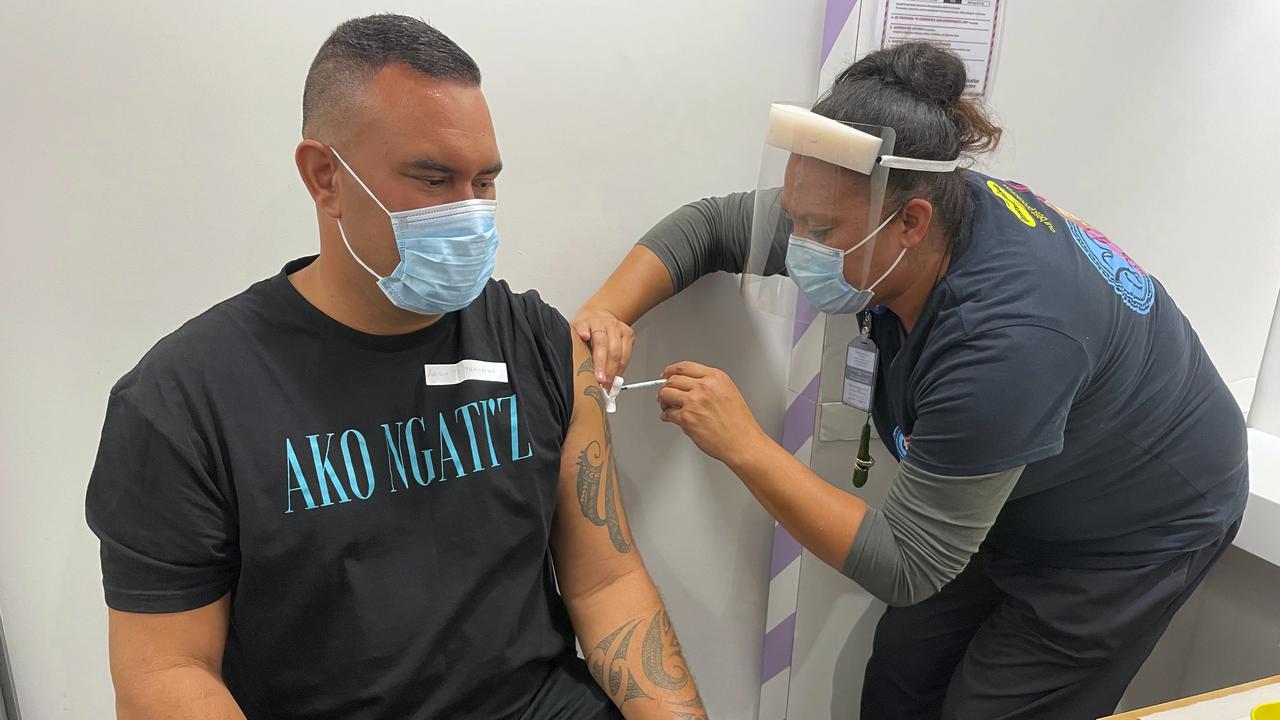 Aaron Te Moananua, an Auckland resident whose partner works at a managed isolation and quarantine facility, receives a dose of the Pfizer COVID-19 vaccine. (AAP Image)

AUCKLAND, New Zealand — New Zealand’s top doctor says the cost of the country’s Covid-19 rollout could be up to NZD 400 ($287) for every citizen of the nation.

“I think everyone would agree that it’s a good investment,” Bloomfield said.

“The initial envelope that was set aside for the vaccine advance purchases was up to a billion dollars. Not all of that is being used. The cost of all the rollout right across the country will probably be half that again.”

“That’s hundreds of millions of dollars. So probably somewhere between one and two billion, I would have thought that’s the total cost.”

It has not revealed how much the vaccine costs, citing the need to retain commercial confidentiality. It will be voluntary and accessible to every New Zealander who wants to receive it.

The vaccine program is one of two tenets of New Zealand’s defense against Covid-19; the other is its border regime, known locally as Managed Isolation and Quarantine.

The government has budgeted NZD 1.73 billion ($1.2 billion) on Managed Isolation and Quarantine in the two years to June 2022.

Bloomfield revealed new details around New Zealand’s rollout at the Ministry of Health on April 15.

Managed Isolation and Quarantine workers, their families, and front-facing health workers are prioritized in the rollout and can be vaccinated now.

New Zealand is currently administering around 7,000 doses a day, which will ramp up to be around double that by June.

Its stated goal is to have delivered 1.16 million doses by the end of June

From there, when the program expands to the general population and more vaccine arrives, Bloomfield said it would hit “50 to 60 thousand a day”.

Unlike the Australian government, which has abandoned its vaccination goals, Bloomfield remains “really confident” that every Kiwi will be vaccinated by year’s end if they want to be.

“That is absolutely the plan,” he said. “Health officials will encourage volunteers to help with the effort, running massive walk-up clinics.”

Bloomfield said general practitioners, or a doctor who does not specialize in any particular area of medicine, would also be critical vaccinators and would be encouraged to offer the vaccine “opportunistically” to Kiwis when they see their doctor for unrelated health issues.

The government’s research indicates around 9.4 percent of the population “definitely” would not take the vaccine.