Tropical Cyclone Seroja is a category three storm, causing damage that will be assessed at daylight. 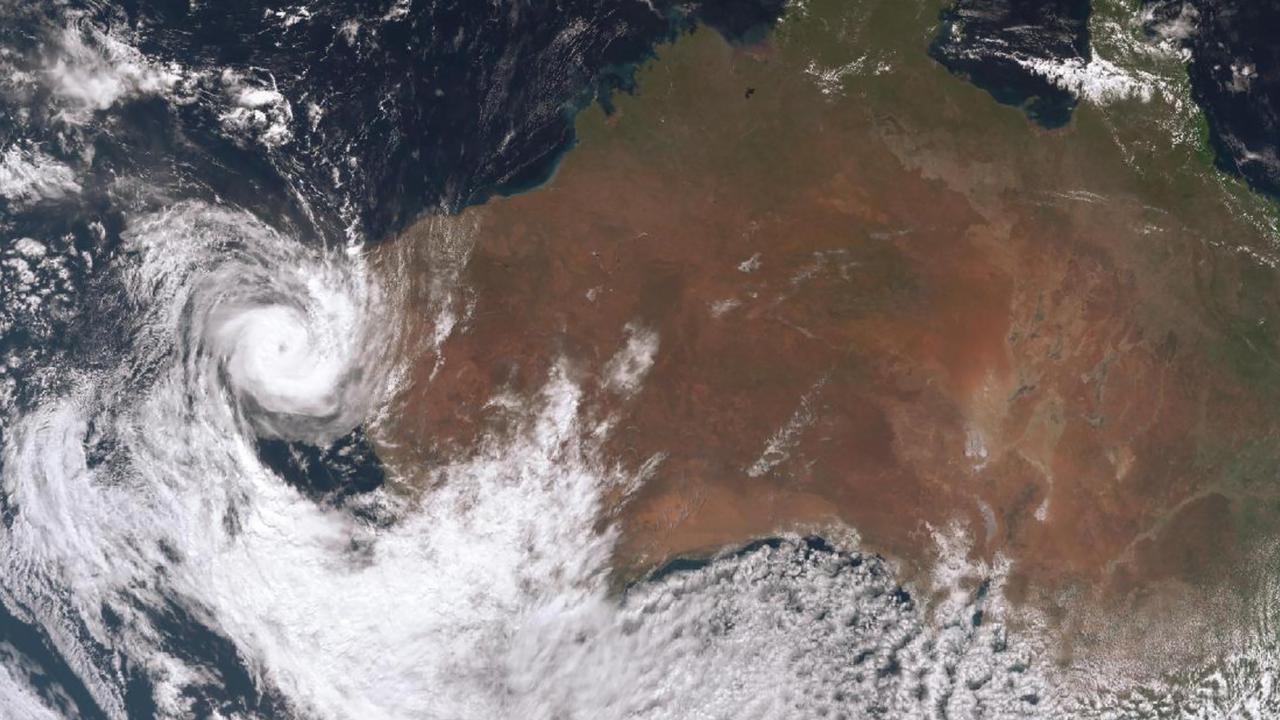 Tropical Cyclone Seroja has left a trail of damage in township in Western Australia. (Supplied by Bureau of Meteorology/AAP Image)

PERTH, Australia — The powerful Tropical Cyclone Seroja has slammed into the coast of Western Australia and torn through townships in the night, leaving a trail of damage and power outages.

Seroja made landfall in the southern town of Kalbarri at about 8 PM Australian Western Standard Time on April 11 as a category three storm, bringing wind gusts of up to 170km/h at the center as it reached land.

The fast-moving storm weakened to a category two system as it pushed inland towards Dalwallinu in a south-eastern direction at more than 60km/h.

Reports of property damage and power outages in Kalbarri and Geraldton started surfacing as the storm’s force was felt and residents took shelter by candlelight.
Fallen trees, damaged homes and wrecked fences could be spotted amid the howling wind and rain in those towns, footage on social media showed.

The damage will be counted at daylight and could be extensive, with the Bureau of Meteorology expecting the impact to extend inland through to Wheatbelt communities overnight.

Western Power said more than 4,300 homes had already lost power at 8 PM Australian Western Standard Time and crews had to wait for conditions to improve before they could restore it.

He said power crews had been preparing for Seroja since April 9 but the damage caused by cyclones can make access to roads, properties and power infrastructure difficult, delaying repairs.

“Our top priority will be to make hazards safe, then commence restoration work as quickly as possible,” Christmas said.

Residents across Western Australia’s mid-west had been told to take shelter during what Premier Mark McGowan described as a cyclone “like nothing we have seen before in decades”.

A red alert remained in place in the early hours of Monday for coastal areas from Carnarvon to Lancelin, extending to inland areas and towns including Coorow, Carnamah, Dalwallinu, Denham, Jurien Bay, Lancelin, Moora, Paynes Find and Wongan Hills.

Wind gusts of up to 130km/h and sustained wind speeds of nearly 100km/h were still being recorded in the storm’s center hours after landfall, BOM said.

The cyclone will weaken as it travels further inland on Monday but is still likely to bring damaging winds and heavy rain as it moves through the eastern Wheatbelt, southern Goldfields, and South East Coastal districts.

Carnarvon’s historic One Mile Jetty was one of the first casualties of the cyclone, reportedly ripped apart around lunchtime on Sunday.

Evacuation centers are open in Port Denison, Carnarvon, and Denham.

The Western Australia Country Health Service said Geraldton Hospital will continue to treat emergency patients during the cyclone, but all other appointments have been or will be canceled.