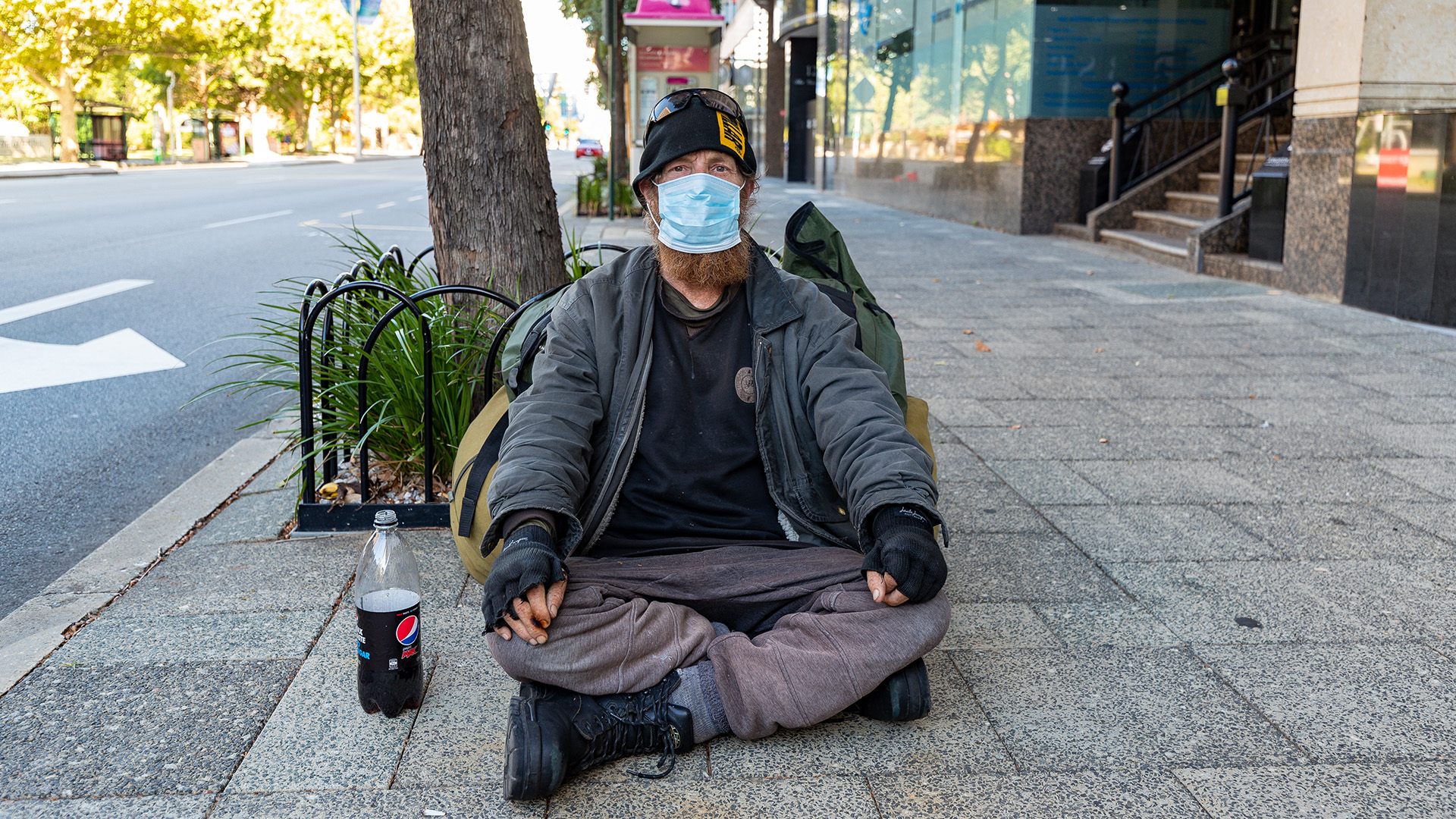 A homeless man is seen wearing a mask in Perth in February this year. Welfare groups says the number of people sleeping rough is getting closer to pre-pandemic levels. (Richard Wainwright/AAP Image)

CANBERRA, Australia — Some of Australia’s top bosses will again sleep rough to raise money to end homelessness, which is beginning to creep towards pre-pandemic levels.

Australia will witness one of the longest nights of the year on June 17, when leaders in businesses, communities, and the government will spend the night without shelter for the annual Vinnies CEO sleepout.

About 1,500 people are expected to participate in the event, which Vinnies hopes will raise AUD 7.9 million ($6.07 million).

Last year, the participants from various locations across Australia such as Canberra, Adelaide, Queensland, Gold Coast, New South Wales, Launceston, Perth, Victoria instead slept in their backyards, cars, or on their couches, raising AUD 5.7 million ($4.38 million) for the organization.

“During the pandemic, the political will was found to provide temporary accommodation for many rough sleepers in New South Wales and around the country,” Groot said. “No one can now say we don’t know what to do to at least significantly lessen the numbers of people rough sleeping – we’ve only recently witnessed an effective solution in action.”

Only about a quarter of those for whom accommodation was found during the pandemic have been provided with longer-term housing.

At the most recent count, New South Wales is home to at least 1,100 rough sleepers.

“There’s no excuse at all to return to the, frankly, appalling rates of rough sleeping that seemed intractable before Covid-19,” he said.

“We’ve seen a more compassionate Australia during the pandemic, and there is every reason why we can all work to see this continue,” McNamara said.

The money raised will go to services that provide rough sleepers with emergency accommodation, food and water, clothes, blankets, and more.

The #CEOSleepoutAU trend on Twitter makes people more aware of the event. Participants across Australia put up their stories supporting the event. The CEOSleepout has helped vulnerable Australians build their lives by sharing the funds raised in previous years.

“Funds raised at #CEOSleepoutAU have helped vulnerable Australians like Matt Kratiuk break free from the homelessness cycle and successfully rebuild their lives. It isn’t too late to make a tax-deductible donation and restore hope for someone like Mark,” read a last year’s tweet.