A woman alleging rape says the player invited another to join in and cheered the younger man on, a Sydney jury heard.
By Luke Costin April 16, 2021
Facebook
Twitter
Linkedin
Email 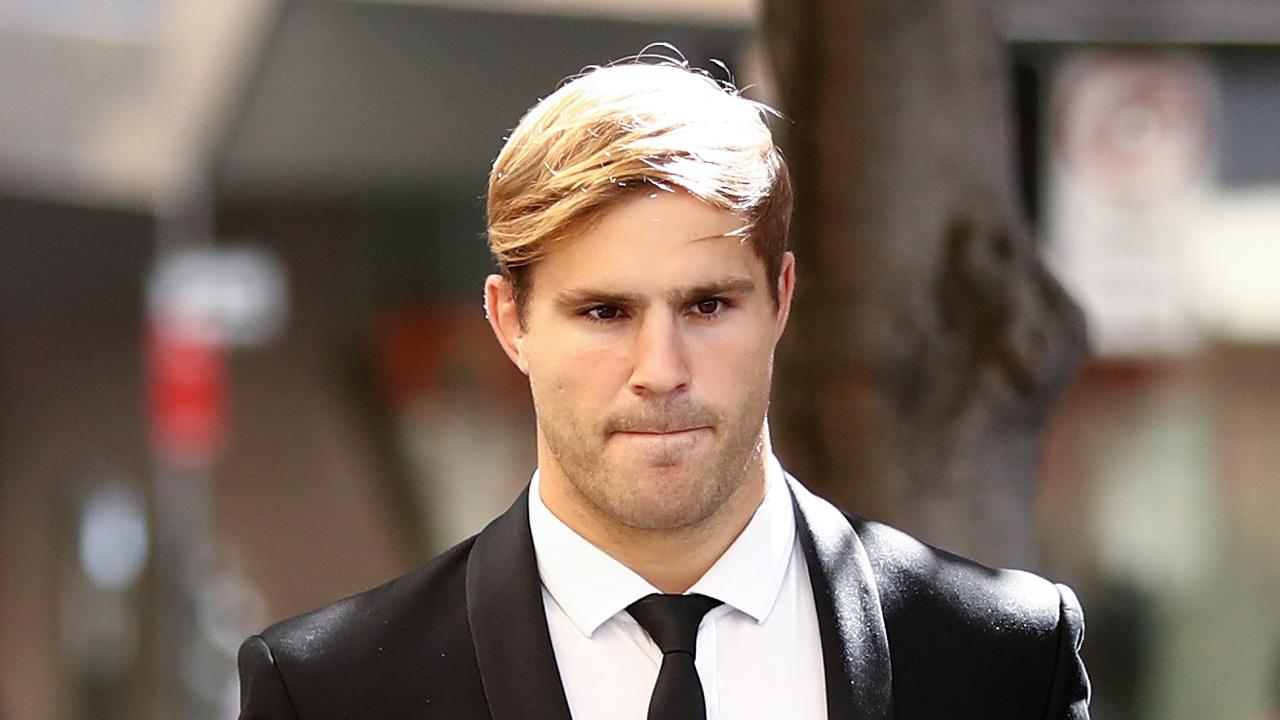 WOLLONGONG, Australia — Australian National Rugby League player Jack de Belin and Callan Sinclair have been put under a four-week trial for charges of aggravated sexual assault.  Belin allegedly ignored the teenager’s plea to “stop” before raping her and asking a male friend to join in, Wollongong District Court has heard.

The woman says the footballer undressed her, split her legs apart, and forced himself on her in a bedroom in North Wollongong in December 2018.

“I said stop,” she said. “No one was listening to me, so I had tears coming out of my eyes instead.”

The St George Illawarra forward, 30, and Sinclair, 23, are on trial in the Sydney District Court on multiple charges of aggravated sexual assault over the encounter with the then-19-year-old.

Both men have pleaded not guilty to all charges, claiming the sex was consensual.

In recorded evidence played to the New South Wales District Court, Sydney jury on Thursday, the woman said the men made comments about her body as de Belin raped her.

After De Belin invited Sinclair to become involved, the footballer moved his groin towards her head.

“They were both cheering each other on,” she said. “(De Belin said) ‘Yeah, Cal, keep going, and I don’t remember Callan responding to it, but I just had tears out of my eyes the whole time.”

Afterward, the footballer told the woman to “keep your mouth shut”, she said.

The trio had met on a dance floor in Wollongong before catching a bike taxi to the unit about one kilometer away. The woman says she got in the pedal cab under the impression they were traveling to a nearby nightclub.

“The complainant’s evidence has a fundamental issue of credibility,” David Campbell SC, the footballer’s lawyer, said. “Each of the men has forcefully, emphatically, repeatedly, and consistently — most importantly — denied anything untoward had happened in the unit.”

Sinclair faces five charges of aggravated sexual assault, where the aggravation is being in De Belin’s company.

De Belin faces four identical charges, while a fifth charge — aggravated sexual assault in the company — alleges he was in the company of Sinclair during the first offense and intentionally or recklessly inflicted actual bodily harm about that time.

As per a 2016 study by the Australian Bureau of Statistics Personal Safety Survey, around 639,000 Australian women experienced their most recent incident of sexual assault perpetrated by a male in the last 10 years.