The GOP seems to have lost its winning formula in the once reliably “red” state, having not won statewide office since 2009. 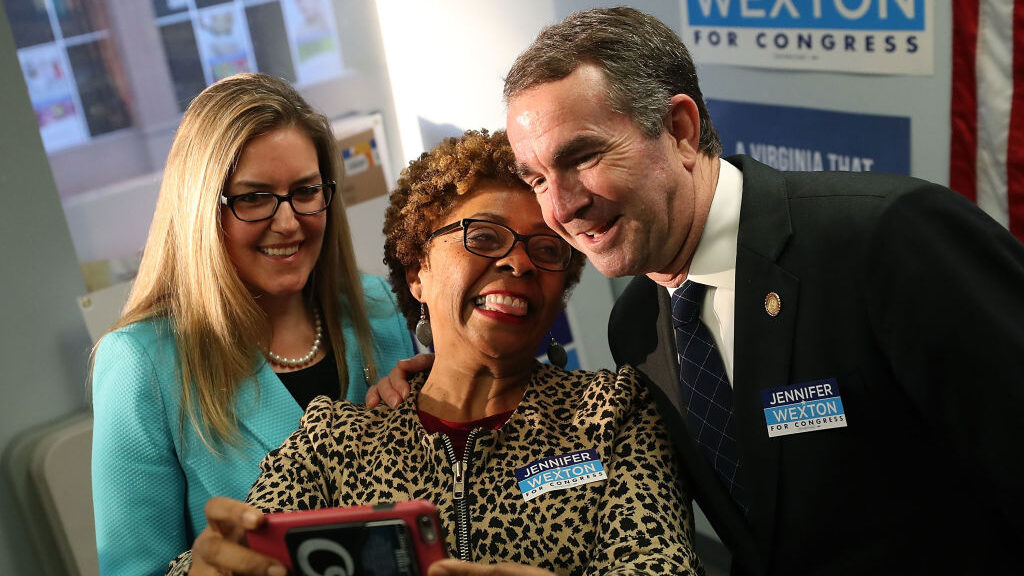 It has now been more than a decade since a Republican won statewide office in its former Southern stronghold of Virginia.

Gov. Bob F. McDonnell, who later left office indicted on federal corruption charges, was the last to claim the state for the GOP, coasting to a victory in the Nov. 2009 election to succeed now-Sen. Tim M. Kaine (D-Va.) as governor of about 8.5 million people.

A lot has changed since then.

Besides the governor’s mansion, the Democrats now hold both houses in the state legislature, as well as both its U.S. Senate seats. In last year’s presidential election, meanwhile, President Joseph R. Biden Jr. defeated incumbent Donald J. Trump by a margin of 54.1 to 44.0 percent in Virginia — with the state’s once-divided suburban voters turning out in droves for the new president.

So when Virginians vote for their next governor on Nov. 2 — the first governor’s election in the U.S. since Trump’s loss — the GOP candidate will be the clear underdog, said Kyle Kondik, an analyst at the University of Virginia’s Center for Politics.

“There’s a long-standing tradition in Virginia of voting against the White House party following a presidential election,” he said, noting McDonnell’s win after President Barack Obama won office. “But over the years, Virginia has become increasingly blue.”

In contrast to Biden’s large victory, the Democratic candidate in the 2016 presidential election, Hillary R. Clinton, only beat Trump by a margin of 49.7 to 44.4 percent in Virginia, even with Kaine as running mate — about the same as Barack H. Obama in 2008 and 2012.

Kondik pointed to Biden’s large victory last year as a solidification of Virginia’s trend from a “red” to a “blue” state.

“He was the first Democrat to win by double-digits in decades. The last one was FDR,” Kondik said, referring to President Franklin D. Roosevelt, who won a record four terms as president for the Democratic Party between 1932 and 1944.

The Democratic ascendency has largely been driven by voters in the wealthy suburbs of Northern Virginia, which serve as an extension of the Washington, D.C., metropolitan area, as well as in-and-around the former Confederate capital of Richmond, said John McGlennon, professor of government and public policy at the College of William & Mary in Williamsburg, Virginia.

“There’s a strong reason to believe that Democrats have an advantage. Republicans haven’t won a statewide election since 2009,” McGlennon said, pointing to the influence of suburbia. “Some Republican candidates have realized the way to become competitive again is to appeal to suburbia [but] the problem is that suburbia of today is not the same as it was a decade ago.”

In contrast to the statewide trend, the vast rural areas of Virginia have solidified even further behind the Republican Party, due largely to issues such as gun rights. This has created a conundrum for the GOP establishment, with candidates who can win its primaries not necessarily being electable in general elections.

“I would say 80-90% [of voters] support prevention measures like background checks. In 2021 alone, there have been 8 bills passed,” said Andrew Goddard, legislative director for the Virginia Center for Public Safety, an organization which promotes gun control legislation.

“Democrats have become increasingly pro-gun control over time: Ten years ago there would’ve been more candidates taking an anti-control position,” Kondik said. “That’s pushed a lot of the rural electorate fully Republican, and it means the swing voter has changed from white rural voters to a more racially-diverse, suburbanite demographic.”

“Gun control is just one of those dividing-line issues that voters and their parties are pretty much set on,” he added.

“The GOP has to find another way to claw back the suburban swing vote.”

Although being in favor of gun-control measures might prove popular in general elections in Virginia — or even necessary, given the growing suburban vote — any Republican candidate who supports such legislation has a tough time winning primaries.

Pete Snyder, a former marketing executive who has polled in second place for GOP candidate behind state Sen. Amanda Chase (a self-described “Trump in heels”), for instance, has been pilloried during his past and current campaigns for Virginia governor over his past support for selective weapons bans, even despite his fervent pro-gun rhetoric while campaigning.

Snyder has been slammed by his rivals for supporting a ban on guns being carried on the College of William & Mary campus while he served on the Board of Visitors.

Yet a Virginian GOP establishment wary of losing yet another statewide election has tried to turn its candidates’ focus to more widely popular issues. So while gun rights remain front-and-center, there has been a push to focus on more prescient issues.

“Parents want to send their kids to back to school,” said John March, communications director for the Virginia Republican Party, noting that pandemic restrictions introduced by the Democratic government were splitting some voters. “[Gov. Ralph Northam] and the Democrats have held that up and that’s something suburban voters are going to want to see changed.”

However, McGlennon, the College of William & Mary professor, said even this issue might not be enough to turn things around for the Republicans in Virginia’s suburbs: “Certainly there’s been vocal activism from some parents who want their kids back in school, but what you don’t hear about is the parents who feel otherwise and lean more towards caution,” he said.

The continuing influence of Trump among the Republican electorate, meanwhile, remains contentious. March said that the state Republican Party believed it could win the Nov. 2 election by focusing on local issues in Virginia instead of Trump.

“Voters don’t really care about Trump unless the media brings him up,” March said, arguing that GOP voters were smart enough to differentiate between the vastly different issues at stake in state and presidential votes.

“What they care about are the state and local issues that affect them directly,” he said.

Yet the rapid rise of Chase, the vehemently pro-Trump Virginia state senator currently leading in the polls, could upend that narrative. Chase has echoed the former president’s campaign points and was even censured in Virginia’s legislature for calling rioters in the Jan. 6 U.S. Capitol breach “patriots who love their country.”

McGlennon said Chase’s pro-Trump rhetoric would likely alienate suburban swing voters, particularly women, if she wins the primaries, and hand the Democrats another easy victory in the Republican Party’s onetime crown jewel of the “Solid South.”

“The Blueward shift [from 2016 to 2020] … was in large part a response to Trump’s own rhetoric on women and positions on women’s rights,” said McGlennon. “It made Trump unpopular, and it made the GOP unpopular.”

Ultimately, though, the election may not be decided on policies at all, but rather on turnout.

The question for Virginia in 2021, according to the professor of government and public policy, is “whether the level of intensity that came out of the Trump era, the high rate of turnout and the activism that went with it, is going to remain.”