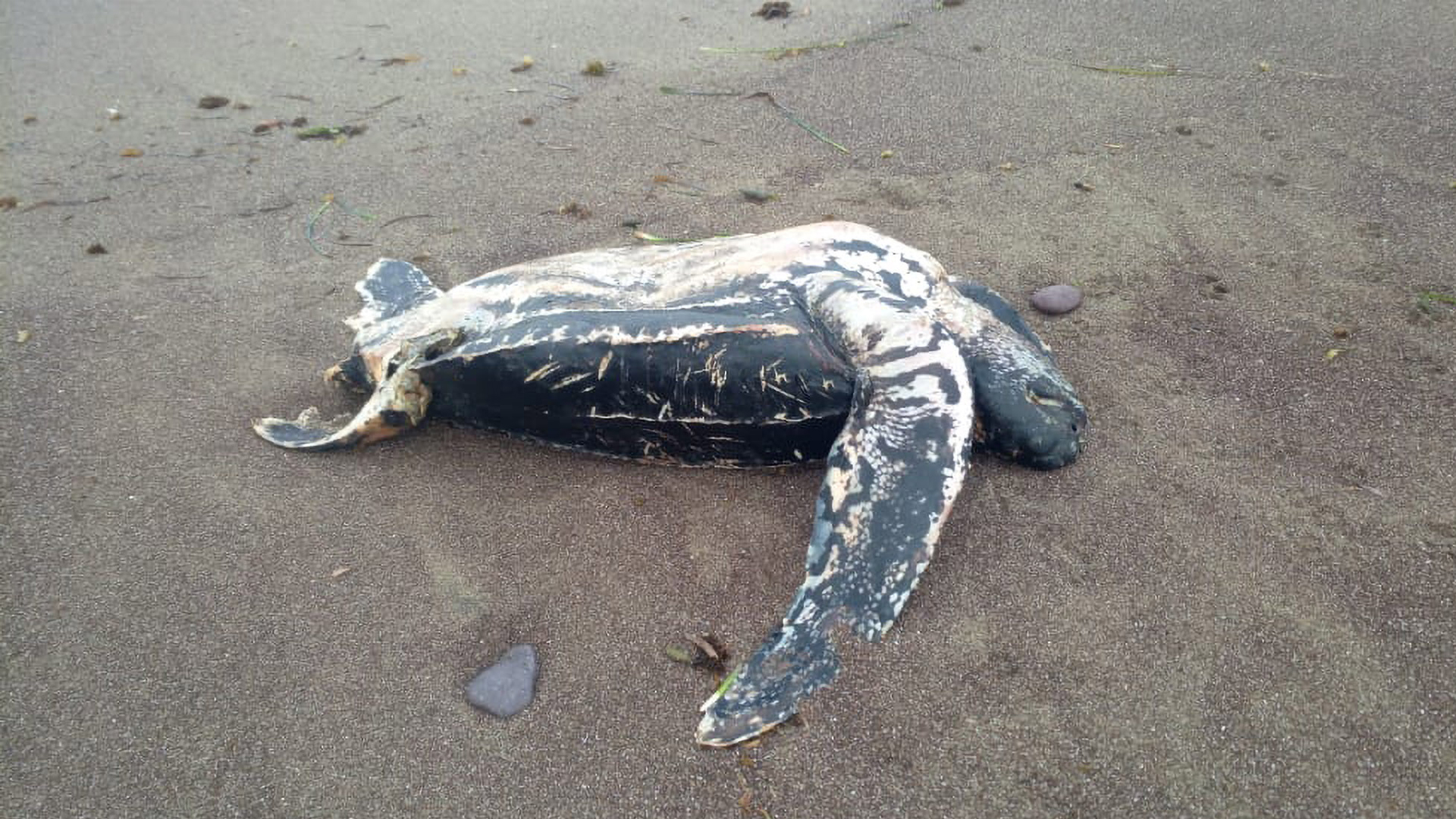 The sea turtle was found on a beach Almeria, Spain. (Equinac/Zenger News)

ALMERÍA, Spain — Marine workers were shocked to discover seven plastic bags in the digestive system of a rare sea turtle found dead in the municipality of Nijar, Almeria, Spain.

“We were called by the emergency services about the presence of a dead turtle on the beach,” said Maria Moron, coordinator at the marine animal rescue center, Equinac. “We suspected it might have died due to plastic in its system.”

Maria and other center workers collected the dead leatherback sea turtle, listed as ‘vulnerable on the Red List of the International Union for Conservation of Nature, and carried out an autopsy at facilities in the University of Almeria.

She was stunned when her concerns came true when they found the leatherback sea turtle’s digestive system “full of plastic.”

“One part of its digestive system had a huge intestinal obstruction caused by plastic bags that led to its death. It blocked everything in the turtle’s system,” said Maria. “Plastic packaging of a detergent sold in Morocco was also found inside the turtle.”

“It is the first time we have seen something like this as other turtles have been found with plastic in their organs. We have found parts of irrigation pipes, filters, microplastics, but nothing like this, entire plastic bags, it was terrible.”

“Turtles eat everything they can find, but the main problem is that they have a system that does not allow them to vomit anything bad they have eaten. So if they eat a bag, they cannot expel it, and it ends up in their body,” she said.

It is believed the turtle was so clogged up with plastic that it was unable to defecate, resulting in its death on the Spanish beach. The center posted a video of the autopsy showing the green bags being pulled out of the turtle to make people aware of the importance of not using plastic bags.

“Plastic bags should be banned, especially in supermarkets where they are still sold despite the plastic problem all over the world,” said Maria.

The leatherback sea turtle is considered the most prominent marine turtle globally and reaches lengths of 2.3 meters (7.5 feet) and weights of up to 600 kilograms (1323 pounds). However, it is uncommon to see them around south-eastern Spain.

So far this year, nine turtles of different species have been treated at the Equinac center.