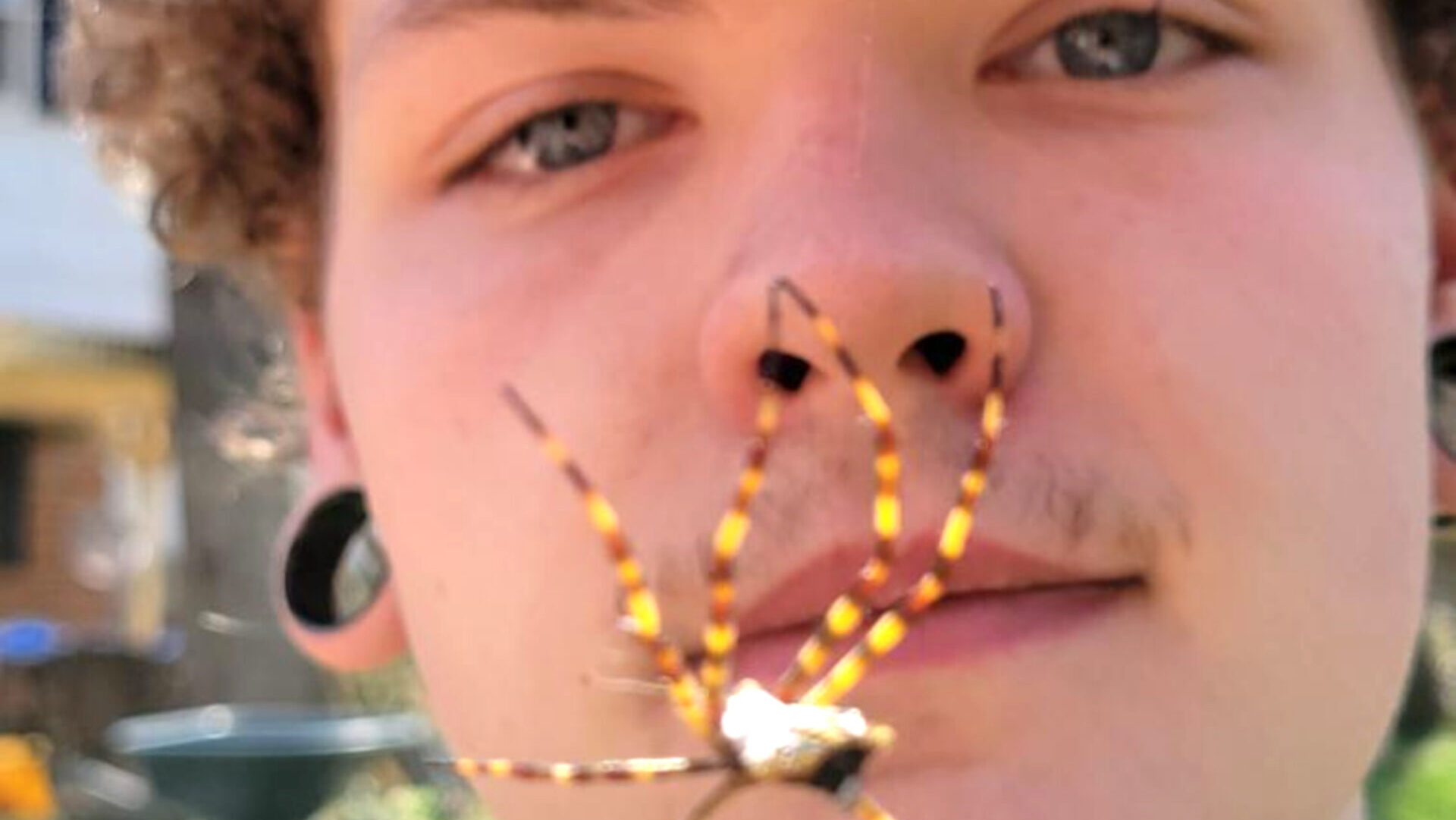 A spider’s unique ability to lure its prey has been captured by a young man in Virginia and posted on TikTok where it has had nearly 30,000 views.

Morgan Thomas can be seen in the video petting a silver spider with a golden exoskeleton.

In his video, Thomas talks about the large Argiope (Argiope argentata) spider, which he filmed up close while it spins a web and walks on his hands.

Thomas, who spends time in the woods observing wild species or at home looking after his pets, breeds and sells spiders and reptiles.

“I have about 70 different animals,” he said, “so I gave up on naming a while ago. This is a female silver Argiope and it’s almost a year old. It just laid an egg sack woven with greenish-gold silk.”

In the video, Thomas explains that the species uses ultraviolet-reflecting silk to lure pollinating species to feed on, as well as a distinctive zig-zag in its web design. Its venom, like that of other Argiope subspecies, is not toxic to humans, but it can be used to immobilize its prey.

This species engages in sexual cannibalism before or after copulation. There is significant sexual dimorphism in terms of gender, with the male being somewhat smaller than the female. The average female is 12 millimeters long, which is three times the length of the average male.

The species also has two pairs of eyes, one primary and one secondary.