Astonished father-to-be was in the labor ward with his wife when surgeons called to say a donor heart had come up.
By Ana Lacasa April 15, 2021
Facebook
Twitter
Linkedin
Email 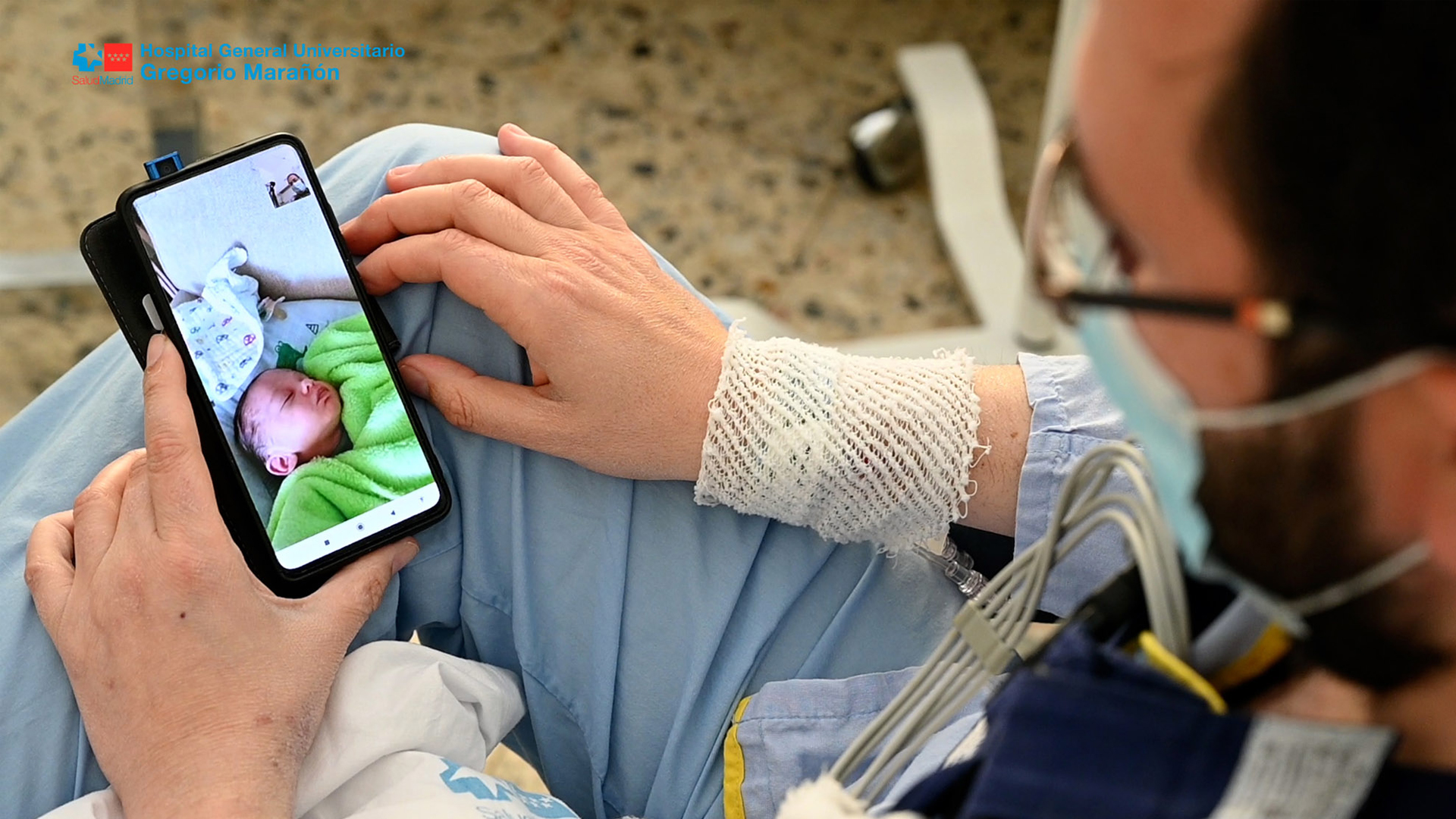 MADRID — In what can be termed as a moment of coincidence, a 39-year-old man went under the knife for a long-awaited heart transplant at the same moment his first son was born.

Antonio Salvador and his wife, Ana Maria Gonzalez were in Madrid’s Gregorio Maranon Hospital’s delivery ward this March when the call he had waited years for finally came through.

His cardiologist rang to tell him a suitable heart donor had been found, and Salvador quickly had to decide if he was ready for the life-changing transplant operation.

Salvador said that very few people get to experience two simultaneous special moments like that.

“I needed a few minutes to decide because it meant that I was going to miss the birth of my first son,” he said.

But he was already in the hospital, and he added, “In less than an hour, I was getting ready in the building nearby for the surgery.”

His son was not yet born as Antonio was about to be anesthetized, so doctors allowed him a quick video call to his wife in the nearby ward, where they wished each other good luck.

“We each faced our moment in a separate way, but with the joy of knowing that everything was going to be fine,” his wife said.

“I could not believe that after ten years, we were going to receive the most wonderful thing of our lives at the same time that Antonio received the new life he needed.”

Salvador’s heart problems started as a teenager when he told his mum that he got tired quickly.

He was later diagnosed with a heart condition, but in 2002 he suffered a heart attack at a Tube station and nearly died.

Luckily a nearby nurse was able to restart his heart, and since then, Antonio has always felt that he has two birthdays thanks to the nurse’s actions.

“He had hypertrophic cardiomyopathy, a hereditary disease caused by the enlargement of the myocardium.

“This makes it difficult for the blood to be pumped from the heart, causing it to work much more.

“A lot of patients with this kind of condition end up with terminal heart failure, and a transplant like Antonio’s is the only solution. His heart was deteriorating gradually,” Fernandez said.

The midwife attending Ana Maria said she was shocked when told the father-to-be was leaving the delivery room, “I could not understand what could motivate a decision like this. But when I was told the reason, I had felt huge joy. And everything was fine as it was.”

“We called the patient, and he was in the delivery room with his wife,” said Eduardo Zatarain, another hospital cardiologist.

“He was shocked at first and had some logical doubts, but he only needed few minutes to process the news. These calls happen suddenly. But he made the right decision.”

“Now, he will be able to have a normal life. He will need to be careful of infections the first year, and we will control the possible rejection of the organ with cutting-edge medicines.”

In the meantime, Antonio is concentrating on his recovery and is grateful for the hospital staff’s work despite the coronavirus pandemic situation. He also thanked the donor, whose identity is to remain unknown.

The new father has been able to see his son only via video call, “My dream is to leave the hospital to meet my son and hug him.”

«Previous Post
VIDEO: Are You Claw This Job Has Prospects? »Next Post
Pew’d Have Thought It? Designer Turns Wrecked USD 25,000 Church Into Dream Home